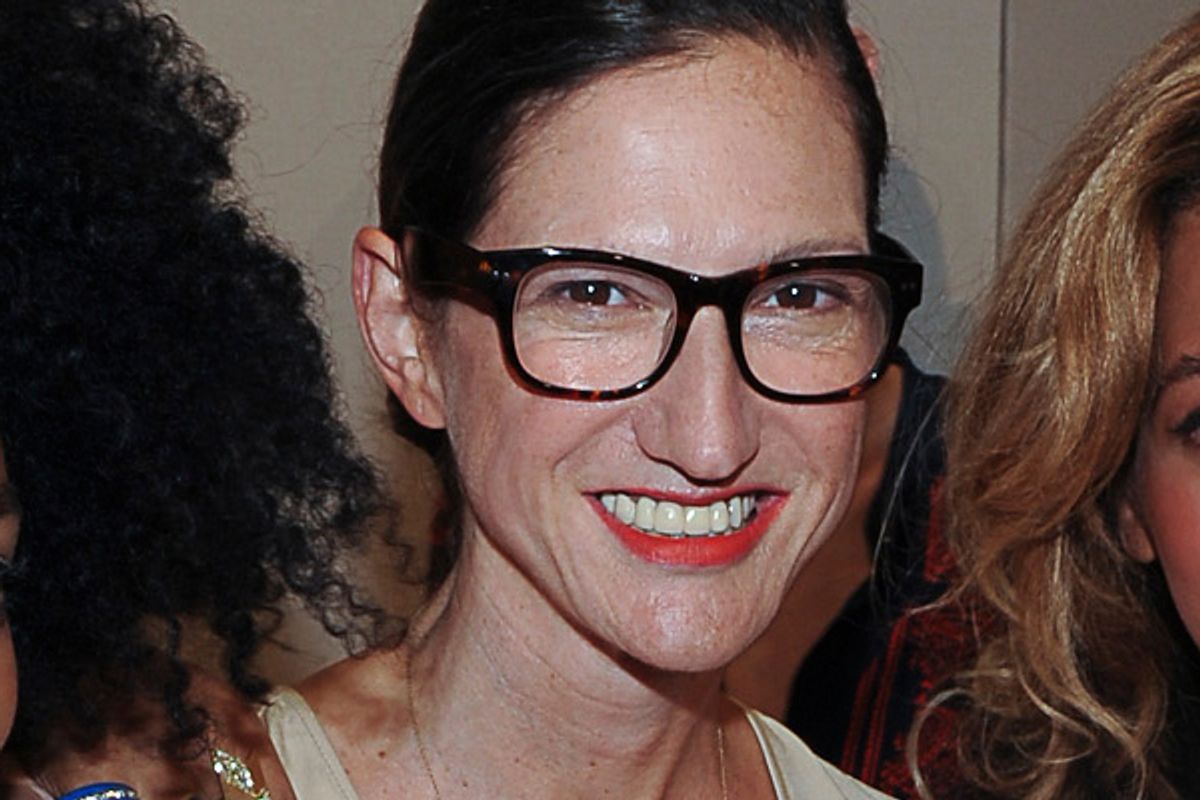 Apparently Fox News was right all along. Preppiness will totally make you gay.

You may recall that earlier this year, J. Crew -- the beloved purveyor of khaki and cashmere to the slim-hipped, small-busted females of America (seriously, their pants come in "matchstick," "toothpick" and "skinny" cuts) -- outraged conservatives by showing company president and creative director Jenna Lyons painting her young son Beckett's toenails pink. "Lucky for me I ended up with a boy whose favorite color is pink," she wrote, to go with her "Jenna's Picks" column. Lyons, a woman so patrician and willowy she makes Gwyneth Paltrow resemble a tree stump, added that "Toenail painting is way more fun in neon."

Cue knee-jerk huffing and puffing from the likes of Fox News' tireless champion of heterosexism, Dr. Keith Ablow, in which he -- I swear to God -- argued that a coat of Essie on a boy's little piggies threatens to "throw our species into real psychological turmoil." The conservative Culture and Media Institute, meanwhile, took a more restrained view of the image, simply calling it "blatant propaganda."

Well, it was all fun and games to laugh at the Sturm-und-Drang over the gay agenda panic back in April, wasn't it? Then this week, reports surfaced that Lyons and her husband were deep in the throes of a messy divorce -- and that another woman was at the root of the breakup. Another woman for Lyons.

According to the New York Post, the "newly split" Lyons has allegedly been stepping out with Courtney Crangi, a jewelry executive and mother of three. The paper quotes an "insider" who observes that: "After the breakup, Jenna fell in love with Courtney, whom she had been friends with for some time" and declares the two "quietly open about their relationship."

Cue knee-jerk ahas! from the expected quarters. Keith Ablow was all over the story like herringbone on a Mayfair topcoat, writing an I-told-you-so piece in which he said, and I quote, "I told you." He added that "Ms. Lyons might be expressing her own discomfort with masculinity and projecting it onto her son." But even less histrionic sources seem fascinated with the rumor of a woman going from a nine-year marriage to a man into the arms of a lady. Eagle-eyed bloggers noted that just last week, Lyons was quoted in the Times on how her company has "outfitted many lesbian couples at its Madison Avenue wedding shop" and how they hope  to include same-sex couples in the J. Crew catalog. Aha again! And the L.A. Times called the story positively "dishy," despite all indications that any possible relationship commenced after the split.

Lyons and J. Crew have made no comment yet. Probably because it's nobody's business. But the whole thing – and the way it's been seized upon so eagerly -- reinforces the prehistoric idea that being gay-friendly is always tantamount to being gay. That if you're giving your kids room to explore their own gender roles, or you support same-sex marriage, it must be because you're just a big closet case yourself. And likely one with an agenda. Of indoctrination. That's unfortunate, because all of us – gay, straight and on the spectrum -- have a stake in each other. Being supportive isn't a sign of "turmoil" or "propaganda" or even secret desire. It's what we're supposed to do as human beings. Even if you'd never mix pink and green.