It\'s not the dirty hippies. It\'s because the protesters could find natural allies in the Tea Party 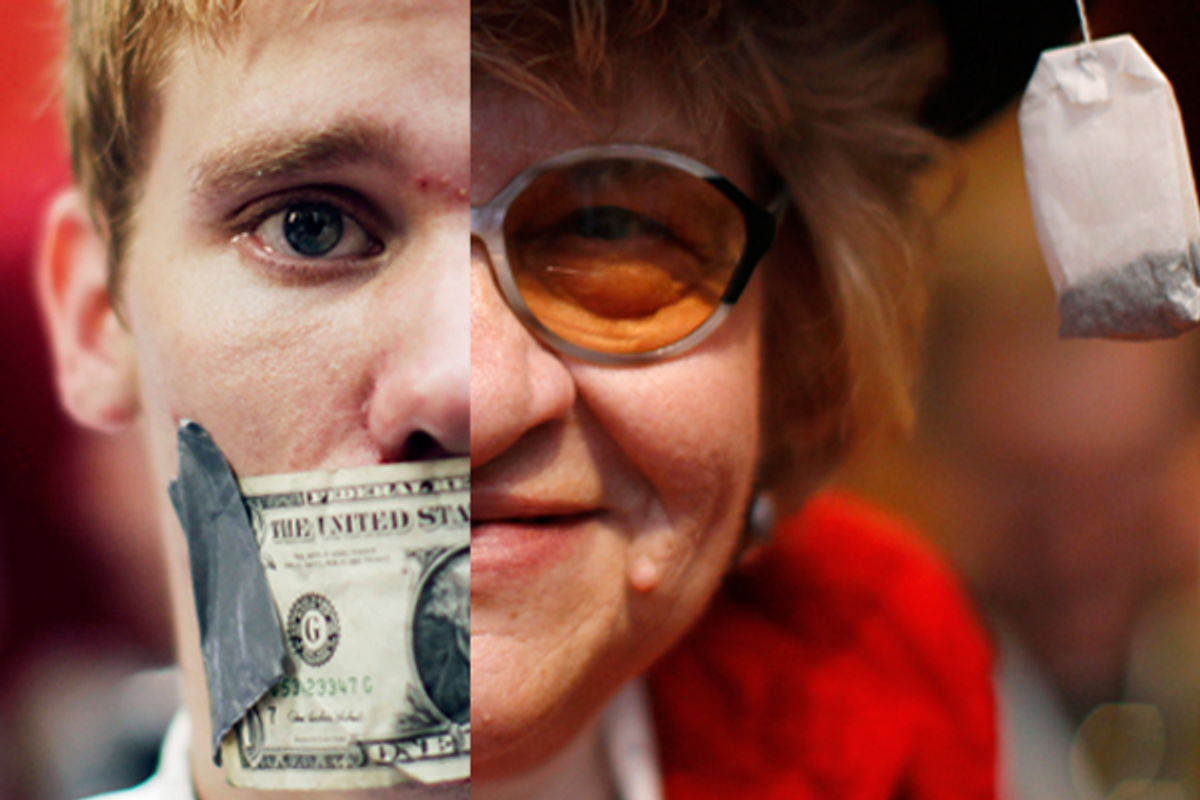 In politics, it’s tempting to turn matters of temperament into matters of principle. Having disliked the hippie-dippy mellow aggression of the '60s, my first instinct was to dismiss the Occupy Wall Street movement as feckless left-wing tribalism—as unlikely to survive the winter’s first strong cold front as the black flies pestering my cows.

Conservative by nature, I dislike big cities, and tend to avoid crowds. Even in my 20s, I’d no more have joined the drug-addled migration to Woodstock than volunteered for sex-change surgery. We spent that week in Dublin, visiting Jonathan Swift’s tomb—the 18th century Irish satirist who took a dim view of human nature.

Everything else being equal, all it might have taken to put me off Occupy Wall Street was a widely circulated photo of an overweight Jerry Garcia lookalike wearing nothing but a loincloth, dancing barefoot and tootling on a flute.

That said, things are very far from being equal. Or even halfway fair.

Which partly accounts for the near-hysteria on the Fox News/Limbaugh right.  To them, the guy with the flute is no harmless eccentric, but a terrible threat. An excitable columnist in my local newspaper described Occupy Wall Street protesters as an “unwashed, whining, smelly mob occupying and infesting Wall Street.”

Infesting, no less. “The Flea Party,” the man called them, blood-sucking insects “being paid by big-bucks special interests ... to create violent confrontations.” Elsewhere, he likened the protesters to Nazis.

The author gave no evidence of said conspiracy; his was sheer paranoia. Meanwhile, the only big-bucks special interest in sight would be Americans for Prosperity, funded by the billionaire Koch brothers, which employs Arkansas Democrat-Gazette columnist Mike Masterson’s wife as “Director of Grassroots for Arkansas,” i.e., as a professional Tea Party activist.

I mention this not because it’s unusual or highly significant. Rather, it’s the way of the world. Many Washington pundits have grown accustomed to cozy arrangements with the various Scrooge McDuck think tanks, or have been drawn into sympathy with what Teddy Roosevelt called “malefactors of great wealth” through the seductive rewards of TV celebrity.

That’s one big reason why with millions of Americans unemployed over the past three years, everybody in Washington’s been worried about budget deficits. In a courtier society, only the nobility really counts.

But I’m getting ahead of myself. Here’s what’s making professional right-wingers jumpy, as described by Rolling Stone’s resident hothead Matt Taibbi: “The reality is that Occupy Wall Street and the millions of Middle Americans who make up the Tea Party are natural allies and should be on the same page about most of the key issues.”

That’s not going to happen over the short term. The populist left, such as it is, has long had the dream of persuading working- and middle-class Americans to ignore the “tribal” differences that divide them—regional, racial, religious and cultural—to vote their shared economic self-interest.

Except during times of grave national danger—the Great Depression, for example—it’s pretty much remained a dream. Taibbi’s point, however, is that the ongoing economic crisis created by Wall Street greed and recklessness makes it possible that a new movement taking aim at incestuous political and financial corruption in Washington might have a chance.

Breaking up “too-big-to-fail” banks like Goldman Sachs and Citigroup, for example, might be an issue left and right could coalesce around. Just last week, Citigroup agreed to pay a $285 million settlement to the SEC to settle charges that it swindled mainly institutional investors like pension funds in a billion-dollar derivatives scam—deliberately creating junk securities based upon bad mortgages, then shorting them in the market.

Accountants who embezzle a few thousand bucks from their employers go to prison. Crooked used car dealers go out of business. Wall Street bankers whose fraudulent schemes caused millions of ordinary Americans to lose their homes, however, got government bailouts, soon returned to business as usual, and now whine that President Obama says bad things about them.

Conceding that it’s hard explaining complex financial scams to citizens enthralled by celebrity dance contests, Taibbi sees Wall Street chicanery as “an issue for the traditional ‘left’ because it's a classic instance of overweening corporate power—but it's an issue for the traditional ‘right’ because these same institutions are also the biggest welfare bums of all time, de facto wards of the state.”

That’s also why it absolutely must not succumb to 1968-style revolutionary romanticism. A couple of Molotov cocktails could ruin everything.