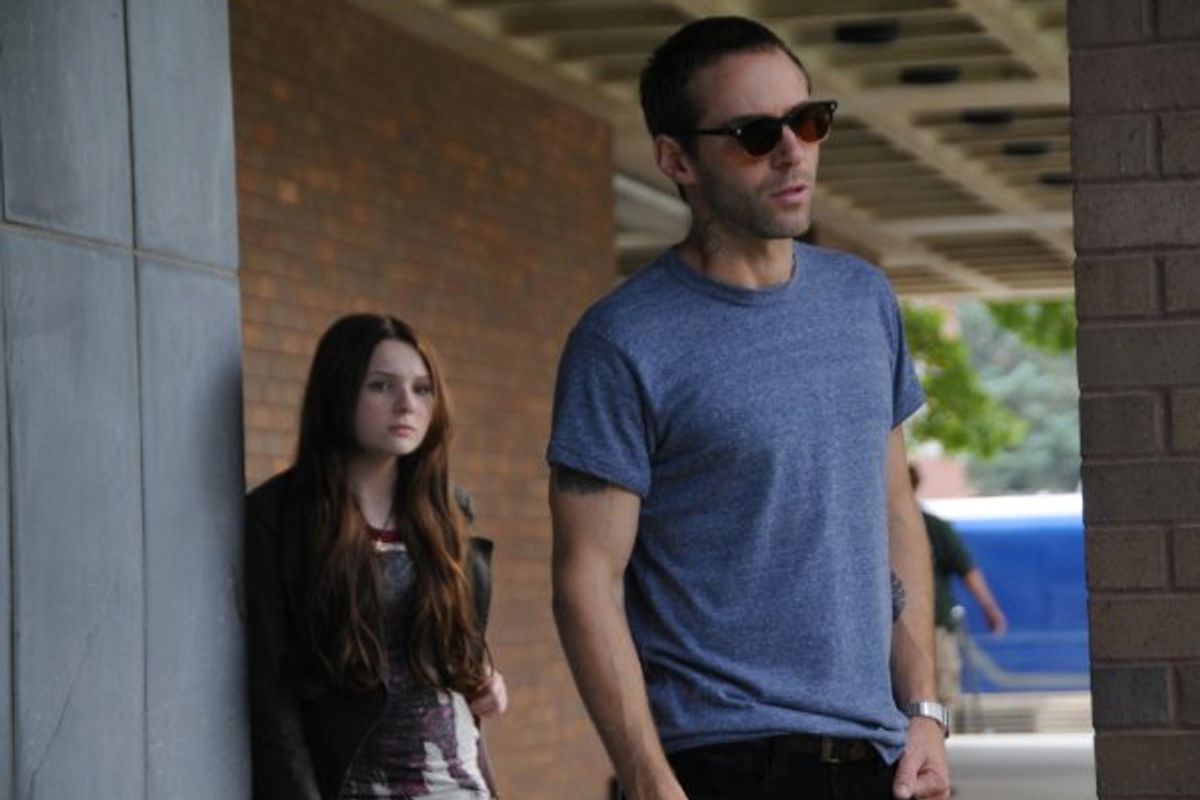 When a hulking, bearded road manager played by nifty character actor Peter Stormare comes backstage before a gig to tell mid-level indie-rock frontman Ethan (Alessandro Nivola) something important, the musician insists he share the bad news with the whole band. "We're a family," intones Ethan, a smooth, hard-partying character with a permanent smirk and a prep-school slouch. That word's about to bite him in the ass, since the news is that a junkie ex-girlfriend Ethan claims not to remember (a nice little cameo for Elisabeth Shue) has shown up with a teenage daughter he never knew existed. What's more, the ex is heading for rehab, or so she says, and young Janie (Abigail Breslin) has nowhere else to go.

That's the setup for writer-director David M. Rosenthal's "Janie Jones" -- "just like the Clash song!", as one of Ethan's bandmates says brightly -- which may bear a general resemblance to other indie dramas about screwed-up parenting or the rock 'n' roll lifestyle, but is very much its own sharp and funny creation. Maybe it won't hurt "Janie Jones" too much that it hits less than a year after Sofia Coppola's "Somewhere," in which Elle Fanning's deadbeat dad was Stephen Dorff's soulless movie star, given that nobody went to see that. If the emotional music of Rosenthal's film seems familiar, as Ethan's relationship with Janie moves from utter denial to grudging acceptance to a strange dependence, the movie works because it's essentially an old-fashioned two-hander for a couple of subtle and terrific actors.

At first Ethan claims that he can't possibly have a kid, and only takes Janie under significant duress from an Arkansas cop, who is otherwise going to summon family services and order a paternity test. At the same time, you see him sizing Janie up, a troubled expression moving across his messed-up, pretty-boy face. (I think Nivola is just too snaky and intelligent-looking to be a movie star, despite his abundant talent; he's like Bradley Cooper for nihilists.) Looking at her, Ethan sees an alternate existence as a dad, husband and reasonable adult that he completely missed, and is forced to confront the usually rhetorical question of what the point of it all was in highly concrete form.

As for Breslin, she redeems the slightly underwritten role of Janie, who's already had to grow up too fast and is meeting her supposedly famous father just in time to watch his career hit the rocks. From almost the moment they meet, it's Janie's shy, resilient toughness that sustains Ethan, rather than the other way around. Her prickly humor and refusal to be wounded are what convince him, more than anything else, that she must he his daughter. She rescues him from an ass-kicking in a biker bar, joins him on stage after he's driven his entire band away, and gives him a hard time about flirting with "the cougars of the Plains states." (Ethan, offended: "They weren't cougars!" Janie: "Oh, yes they were!") Janie also proves to be an asset, in the most literal way possible, during Ethan's tense reunion with his estranged mother, a Chicago society woman named Lily (another terrific cameo, this one from Frances Fisher).

Nivola and Breslin perform their own songs creditably, both separately and together, and "Janie Jones" depicts the actual tedium of a grade-B rock tour as no movie has since Bruce McDonald's justly legendary "Hard Core Logo." Coming up with the right balance of redemption and realism to conclude this improbable father-daughter fable was always going to be tough, and Rosenthal's ending feels a bit too contrived for these immensely convincing, human, damaged characters. That aside, "Janie Jones" is a compelling and unpretentious indie built around two wonderfully layered performances and straightforward storytelling. Give it a listen.

"Janie Jones" is now playing in New York and Seattle, and opens Nov. 4 in Los Angeles, with other cities to follow. It's also available on-demand from many cable and satellite providers.