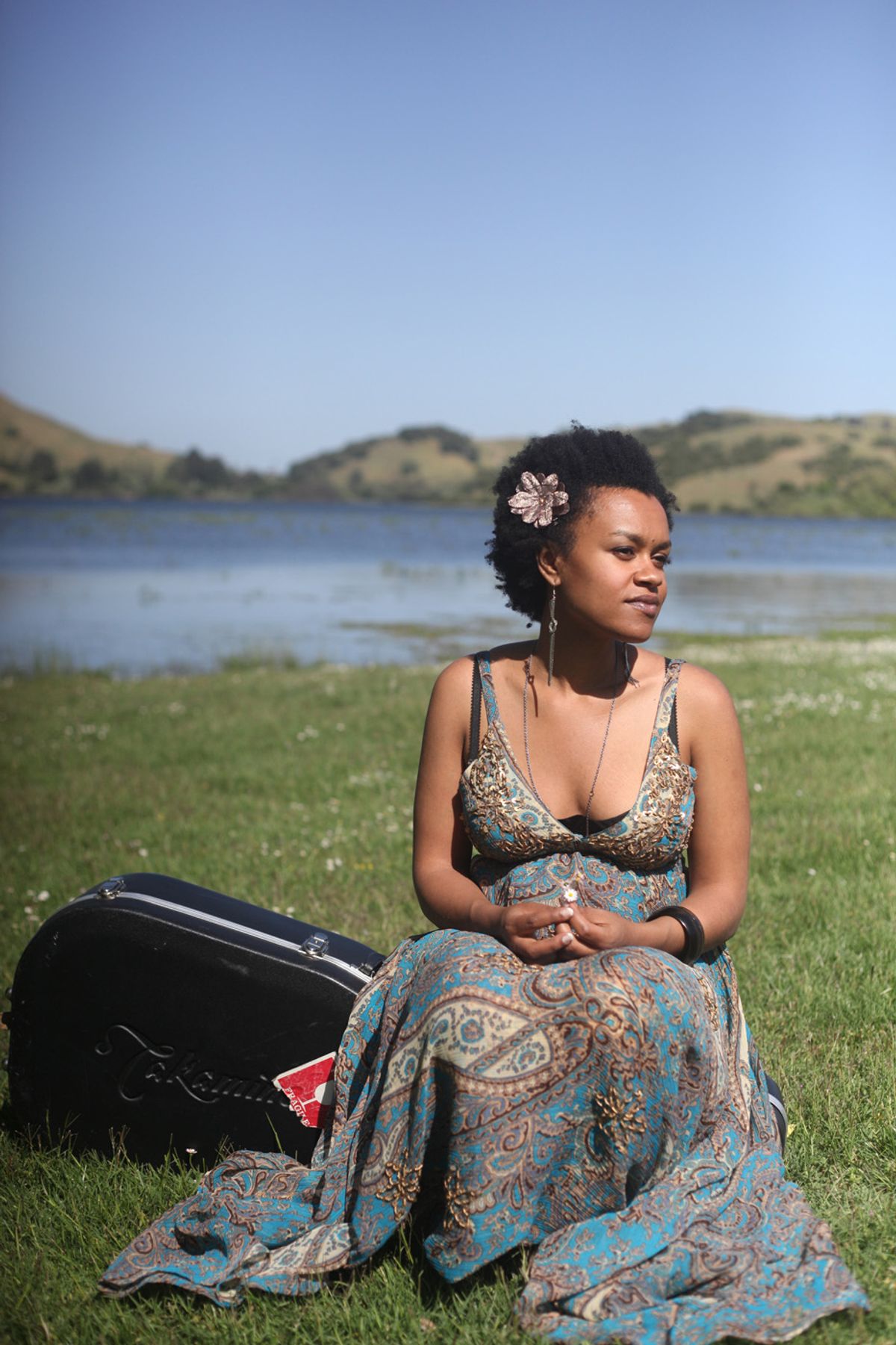 San Francisco offers a haven to creative talents from around the world. One of the city's newest stars is Ethiopian-born Meklit Hadero, a restless soul who found her voice in the funky Mission district's eclectic arts scene. You’ll hear hints of Billie Holiday, Tracy Chapman and Joni Mitchell in her music, but Hadero is her own unique creation. Her song “Leaving Soon” could easily slide into the rotation on your favorite rock or R&B station. She's also begun to explore traditional Ethiopian songs.

On our latest installment of “Quick Hits,” Hadero talks with Mirissa Neff about her unusual career, performs with her band in a small club, and sings some new acoustic songs.

Once upon a time in the music industry, when an artist released a new album, the promo guys would always ask, “What’s the single?”  For Meklit Hadero’s CD, “On a Day Like This,” we have a quick answer: “Leaving Soon.” It’s irresistible.

This is a song about refugees – a reminder of their plight and a tribute to their resilience. In her acoustic version of this new song, Meklit Hadero brings a righteous compassion to an ageless story. Nature’s storms, she sings, rage across continents, while “human storms bring people just the same.”

Hadero’s own parents fled Ethiopia in a time of turmoil when she was just an infant.

Our “human storms” continue to uproot and scatter people, whose sorrows are only diminished by the will to endure.

When Meklit Hadero sings about love being a “sideways and back” kind of affair, we know what she means. “The course of true love never did run smooth,” as Shakespeare liked to say. But when Hadero asks her lover in this song to “stay for a minute,” it somehow all makes sense.

“Quick Hits” reporter Mirissa Neff interviews singer/songwriter Meklit Hadero at the Red Poppy Art House in San Francisco. With that familiar flower in her hair and a megawatt smile, Hadero immediately puts a visitor at ease and opens up about her life and music – from her origins in Ethiopia to her love of jazz.

You’ll also see a sampling of her musical styles, including her version of a traditional Ethiopian song, “Abbay Mado” (“From Across the Nile”) about a farmer celebrating his way of life.