From Roman crypts to Incan mummies, these creepy sites will satisfy your taste for the macabre 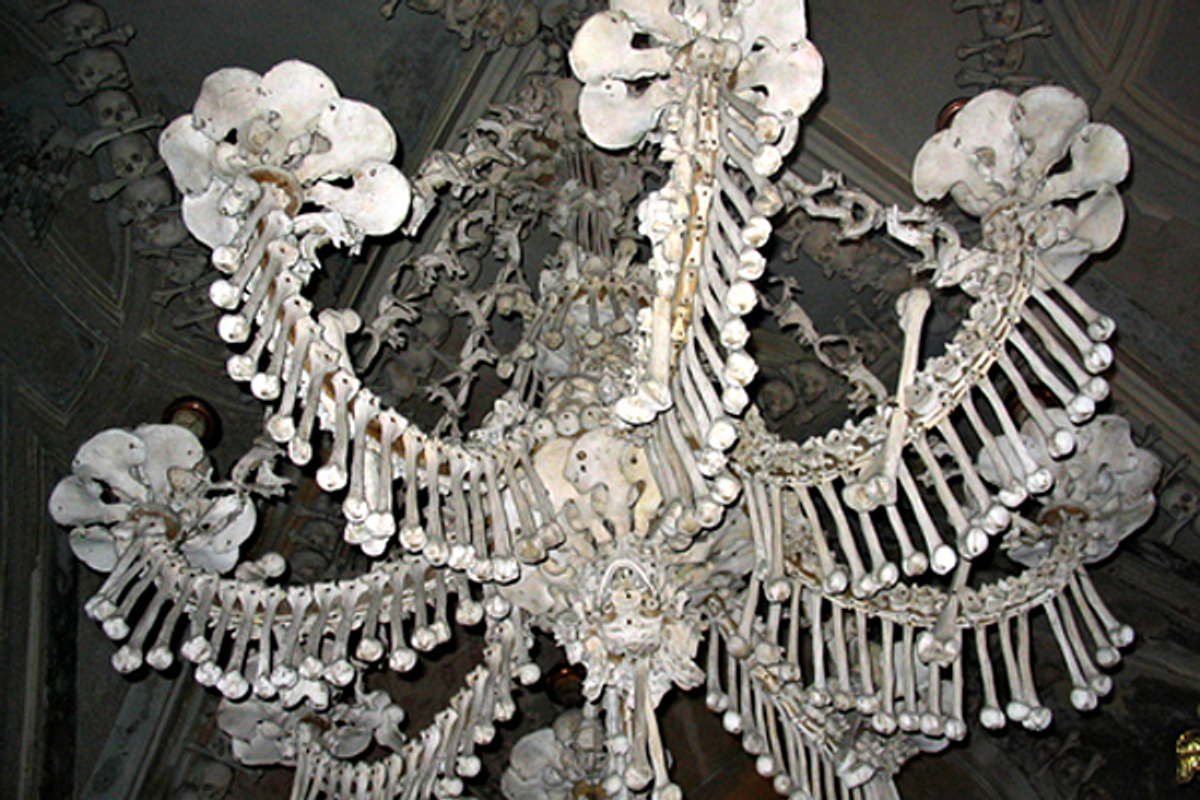 A note about Trazzler's slide shows: We don't do top-tens or best-of lists. Nor are we so morbid or presumptuous as to tell you where you must go before you die. The world is far too big and fascinating to encapsulate in any kind of definitive list. We simply chose the places that our writers have contributed that make us think, laugh and dream about our next adventure. Are we missing a place that you love? Visit us at Trazzler.comand click "write a trip" to add it.

Let's start from the premise that the tourism industry is, quite frequently, a freak show. And not just on Halloween ... plenty of places keep it surreal all year round. Why? Luring people into your temple, museum, medical school, church or crypt isn't as easy as you might think. You need a hook.

While severed body parts and corpses may not have a tourist-brochure ring, gore sells. Catholic churches have been collecting bodies and relics for pilgrims to visit for centuries. Little bits of the Buddha are scattered in shrines around the globe. Medical curiosities and oddities fill glass cases and jars in museum sideshows.

On occasion, one man's stack of musty bones cluttering up a catacomb becomes another's creative medium, a macabre opportunity to recycle earthly remains into visionary art. Visiting one such place, the Capuchin Crypt in Rome, certainly made an impression on Mark Twain, who described it with delicious detail in his travelogue "Innocents Abroad": "On the wall were elaborate frescoes, whose curving vines were made of knotted human vertebrae; whose delicate tendrils were made of sinews and tendons; whose flowers were formed of knee-caps and toe-nails." "What you are now, we used to be. What we are now, you will be," a plaque on the crypt ominously announces in five languages.

So much of the tourism industry is destructive, but these grotesque places do no harm. In fact, dead folks may just be the ultimate eco-friendly, renewable resource -- call them relics, taxidermy, ossuaries, medical oddities, or just a good story of legendary dismemberment -- these 14 morbid spots keep the curious coming back.

Have you run across a displaced appendage or skeletal remains in your travels? Let's reassemble them in the comments. You can find more macabre sites on Trazzler.