The real price of flip-floppery

It's got to be killing Mitt: His opponents are laughably weak but the GOP campaign may still damage him severely 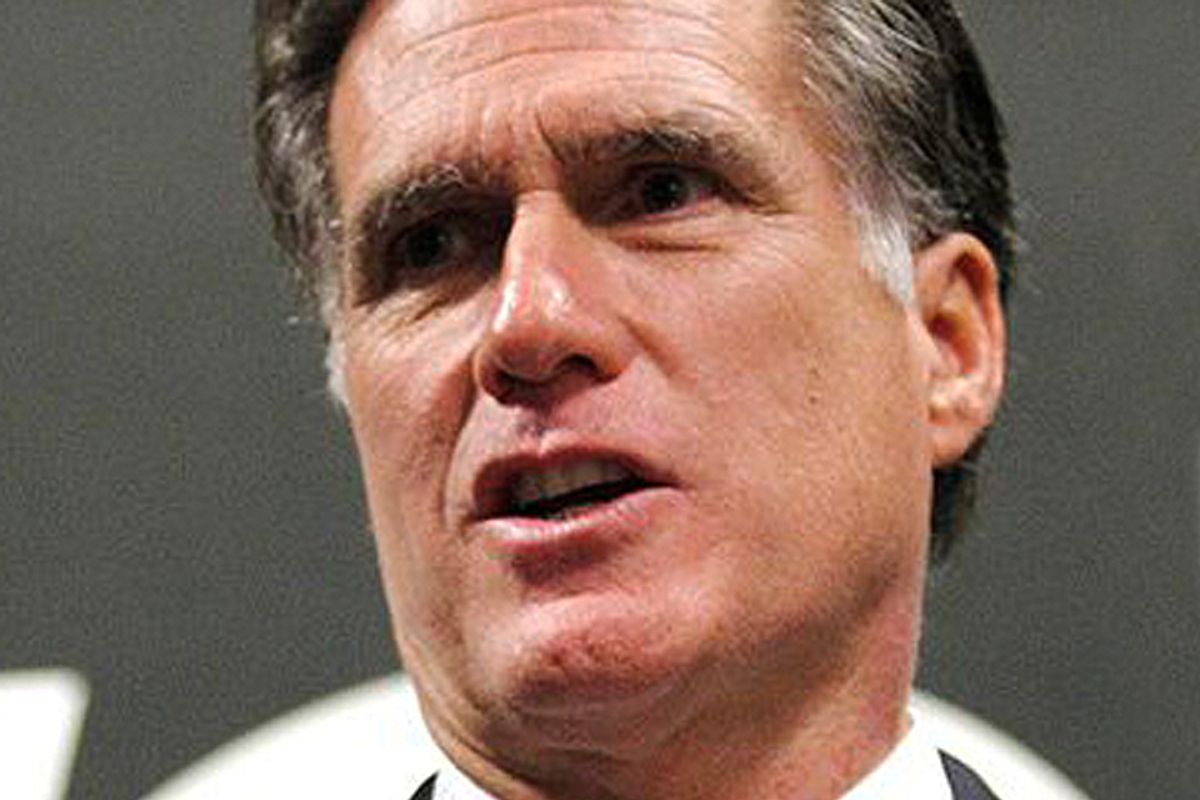 Mitt Romney is blessed with unusually weak opposition in the Republican presidential race.

Rick Perry, the guy who was supposed to be his chief rival – and who seemed on the verge of running away with the race just two months ago – has essentially melted down, while Herman Cain, the guy who is now battling with him for the top slot in polls, has no real campaign organization, no meaningful support from party leaders and seems to be regarded even by many of his fans as a non-serious White House prospect. (Oh, and there’s the whole sexual harassment thing too.) And the others in the race, Michele Bachmann, Newt Gingrich, Rick Santorum, Ron Paul and Jon Huntsman, all seem thoroughly incapable of capitalizing on the apparent opening for a Romney alternative.

So, practically by default, Romney may end up running through the Republican primaries and caucuses with more ease than any candidate in the modern era. If he can prevail in the lead-off Iowa caucuses – and a new poll over the weekend showed him basically tied with Cain for the lead there – it’s even conceivable that he could run the table, winning every single primary and caucus on the way to the GOP nomination. But there’s a catch: Even if his path ends up seeming easy, Romney still figures to sustain more damage from the primary season than any recent Republican nominee.

The early evidence was on display over the weekend, when David Plouffe, one of the chief architects of President Obama's 2012 campaign strategy, offered a preview of what a Democratic campaign against Romney would sound like during a "Meet the Press" appearance:

I'd make two points about him. One is he has no core. And, you know, every day, almost, it seems to be we find another issue. You know, he was supportive of doing things like a cap and trade agreement. Now he doesn't think that, you know, climate change is real.

He was to the left of Ted Kennedy on gay rights issues. Now he wants to amend the constitution on gay marriage. He was an extremely pro-choice governor. Now he believes that life begins at conception and would damn Roe v. Wade. So you look at issue after issue after issue, he's moved all over the place.

And I can tell you one thing, looking a few steps down from the president. What you need in that office is conviction. You need to have a true compass. And you've got to be willing to make tough calls. And you get the sense with Mitt Romney that, you know, if he thought it was good to say the sky was green and the grass was blue, to win an election, he'd say it.

Romney's flip-floppery isn't a new story, of course. His Massachusetts moderation was well-known when he transformed himself into a true believer national conservative to run for the Republican nomination four years ago, and the perception that he's a slippery opportunist wedded to no real convictions is well-established. When he set out to run again this time, he and his campaign hoped it would be old news.

But if anything, the current campaign seems to be worsening Romney's image problem. The main cause of this is the GOP's sharp turn to the right after the 2008 campaign, a product of conservatives' conclusion that insufficient ideological purity by their leaders brought about the failures of the Bush administration and the election of Obama. This has made Romney's Massachusetts past more of an issue than ever within the GOP and helps explain why about 75 percent of Republicans still seem resistant to lining up behind him, despite the meager alternatives. And it puts Romney in a real jam -- as the events of the past week, which featured two high-profile instances of seemingly glaring flip-floppery, illustrated perfectly.

The first was in Ohio, where he pointedly refused to endorse a statewide ballot initiative that he'd previously endorsed. From a general election standpoint, this made sense: Ohio is a key swing state and the ballot question -- an effort to repeal Republican Gov. John Kasich's rollback of collective bargaining rights -- is very unpopular. But it's also extremely popular with the conservatives across the country whom Romney still must win over. So after enduring a news cycle of abuse from them, he reversed course again and re-endorsed the measure the next day -- a move that calmed the conservative uproar while drawing considerable attention to his weathervane tendencies.

And just as the Ohio storm passed came word of another apparent flip-flop, with Romney questioning the climate change science he'd endorsed earlier this year. The story, it turned out, was a little more complicated than it first seemed: Romney has actually been challenging climate science for a few months now, but on the heels of the Ohio controversy the press finally seemed to take note. And so the big political story on Friday became: Romney flip-flops again! This set the stage for Plouffe's "Meet the Press" comments.

The problem for Romney is that more -- many more -- eruptions like this are likely in the months ahead. In instances where he has ever so subtly strayed off the conservative reservation in an effort to set himself up for the fall campaign, he'll face strong pressure to publicly swear allegiance to the "pure" position. And if he then wins the nomination, he'll have two unappealing choices: Either stick with the "pure" position and defend a politically poisonous view to general election voters, or back away from it and -- well, there he goes flip-flopping again!

It's got to be killing Romney: Not even Ronald Reagan in 1980 faced primary opposition as hapless as his, but to overcome the right's skepticism once and for all he's still going to need to pay a price that could prove costly in the fall.