Does Hillary Clinton get too much credit? 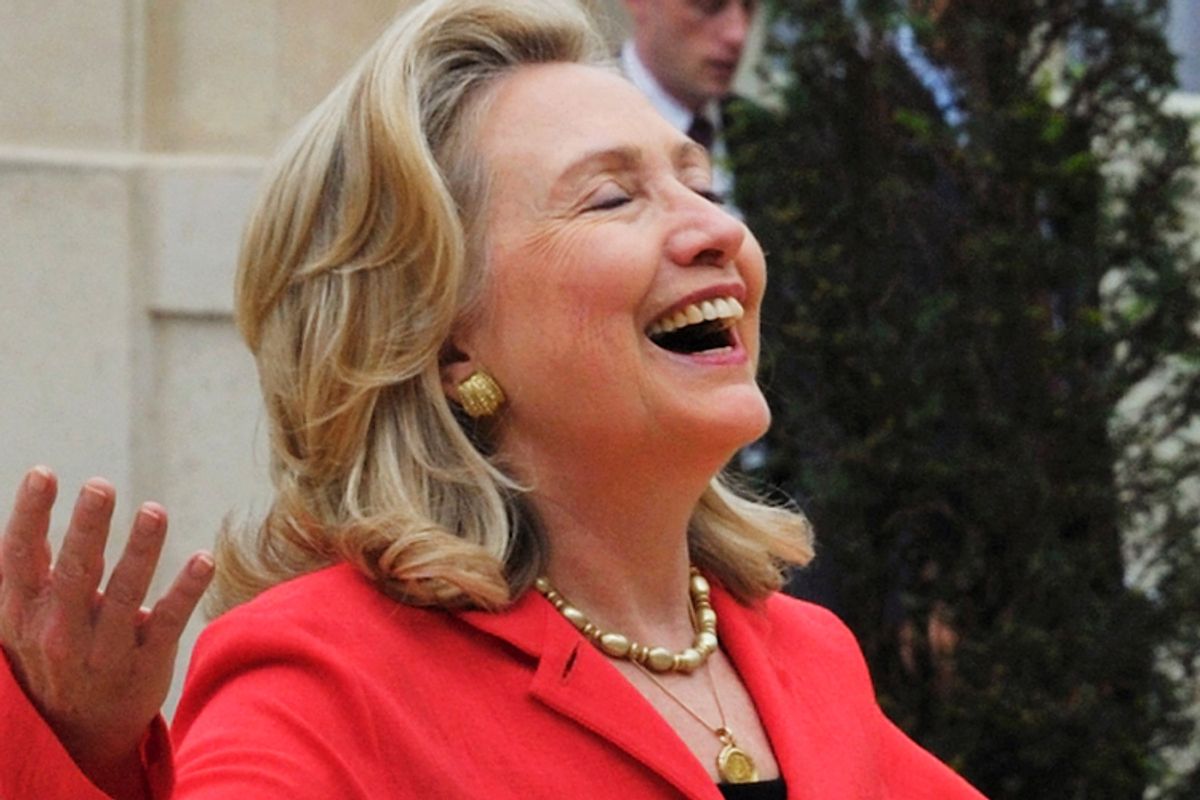 I'm on record as a great admirer of Secretary of State Hillary Clinton, going back to her days as New York senator and certainly through her 2008 presidential campaign. But this week's set of stories depicting the U.S. Libya intervention as "Hillary's War" (The Washington Post) and an example of Clinton's "smart power" doctrine (Time Magazine's cover) go a little bit too far for me. They feel like someone's effort to upstage or diminish President Obama. For the record, I don't think the effort is Clinton's. It may just reflect the mainstream media's inability to give Obama his due.

Clearly Clinton's competence is an asset to the president, and her power and credibility reflects well on his ability to work with a former rival. And the Time piece, in particular, makes clear, while praising Clinton, that ultimately Obama makes most of his decisions with a small team of confidantes, and she is not among them. He's the commander in chief.

And there's fine reporting in the two pieces. Certainly Clinton deserves credit for using her role to leverage support and resources from other agencies, getting greater control of foreign aid funding and even Defense Department funds to bolster her agenda at State. Elevating the role of the State Department took particular work after George W. Bush ignored and degraded so many American alliances.

But neither piece apportions any share of blame for the downside of Clinton's expansive diplomacy – her role in pushing a bigger continued U.S. presence in and around Iraq, for instance, flagged Monday by Glenn Greenwald. The continued Iraq presence will also use more of the sometimes lawless private contractors whose role she opposed during the presidential campaign. It also seems a little early to be declaring Libya a decisive victory for American interests, or the cause of human freedom, as the nature of the government that will emerge there remains unclear.

Still, at a time when Obama struggles to get the kind of credit he deserves on the foreign policy and domestic security front – for killing Osama bin Laden and other top al Qaida leaders, winding down the military role in Iraq and toppling Muammar Gaddhafi without losing a single American life – it strikes me as a little unseemly that when credit is given, so much of it goes to Clinton. For her part, at least publicly, Clinton works to turn the spotlight on her boss, telling David Gregory on Meet the Press 10 days ago that "President Obama has passed with flying colors every leadership challenge." And while she insisted, not convincingly, "I'm out of politics, as you know, David, I don't comment on it," she quickly boosted her boss against his potential 2012 rivals.  "I think Americans are going to want to know that they have a steady, experienced, smart hand on the tiller of the ship of state, and there's no doubt that that's Barack Obama."

It feels a little mean-spirited to be raising these questions about Clinton's coverage on the day she lost her mother, Dorothy Rodham, at 92, but this is the week of the adoring press coverage. Again, I'm a strong Clinton admirer. But there's something a little odd about the worshipful tone of these pieces. I still see a faint echo of Maureen Dowd's analysis propping up Clinton and other female administration "hawks" in her continued effort to diminish Obama's leadership and masculinity.   Dowd seems to be on vacation, or else we might see her to use these two profiles as another reason to pit Clinton against her boss.

I spoke with a close Clinton friend last week who insists the Secretary of State has no interest in either the role of vice president in 2012, or a presidential run in 2016, so I don't think there's any crusade for either job behind these admiring stories. Maybe her allies are just trying to make sure she gets credit for the great work she did, against all odds, for a man she was once accused of trying to destroy.