Our grand liberal conspiracy to erase religion from the public square loses again! 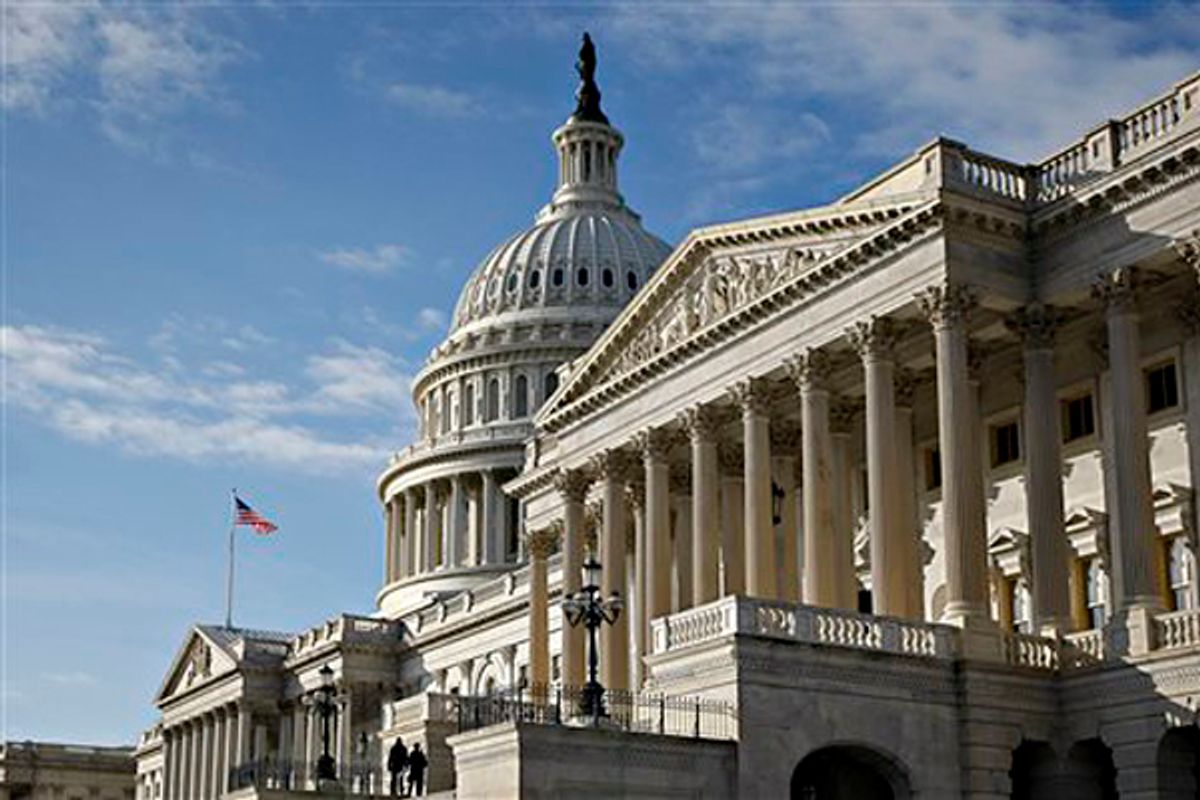 Remember how all of us liberals got together recently and secretly plotted to somehow remove "In God We Trust" as America's national motto? And remember how the final stage of our awesome plan was just about to be implemented, and not a single Real American knew of it? Bad news, liberals: House Republicans caught wind of our plot and jumped into action, scheduling a vote affirming "In God We Trust" as our national motto this evening. This bill, addressing perhaps the single most pressing issue of our time, will likely be passed some time after 6:30 p.m. Eastern time.

Thankfully, as befits such a momentous and serious piece of legislation, the House has been debating the measure basically all day.

The Republican sponsor of a resolution reaffirming that "In God We Trust" is the national motto of the U.S. said his legislation is needed because President Obama and other public officials often forget that this is the country's motto.

"Unfortunately, there are a number of public officials who forget what the national motto is, whether intentionally or unintentionally," Rep. Randy Forbes (R-Va.) said in late Tuesday afternoon debate in the House. "There are those who become confused as to whether or not it can still be placed on our buildings, whether it can be placed in our school classrooms.

Hm, yes, a very good point, lots of people do forget that "In God We Trust" is our national motto. That's more true than ever these days, when "handling money" has become an increasingly rare occurrence for millions of Americans.

This whole Hill article is an absolutely perfect piece of writing, possibly the best humor writing of the year.

The only Democrat who spoke -- the one, sole Democrat who bothered to point out what the House of Representatives was spending its time on today -- was Jerry Nadler, D-N.Y. ("Nadler stressed that the national motto is not under attack, and said the resolution appears to be an attempt by Republicans to look more religious that others.")

Foiled again! But let's see how these quick-thinking Republicans deal with the liberal plot to force children to take "Winter Vacations" from school this year!