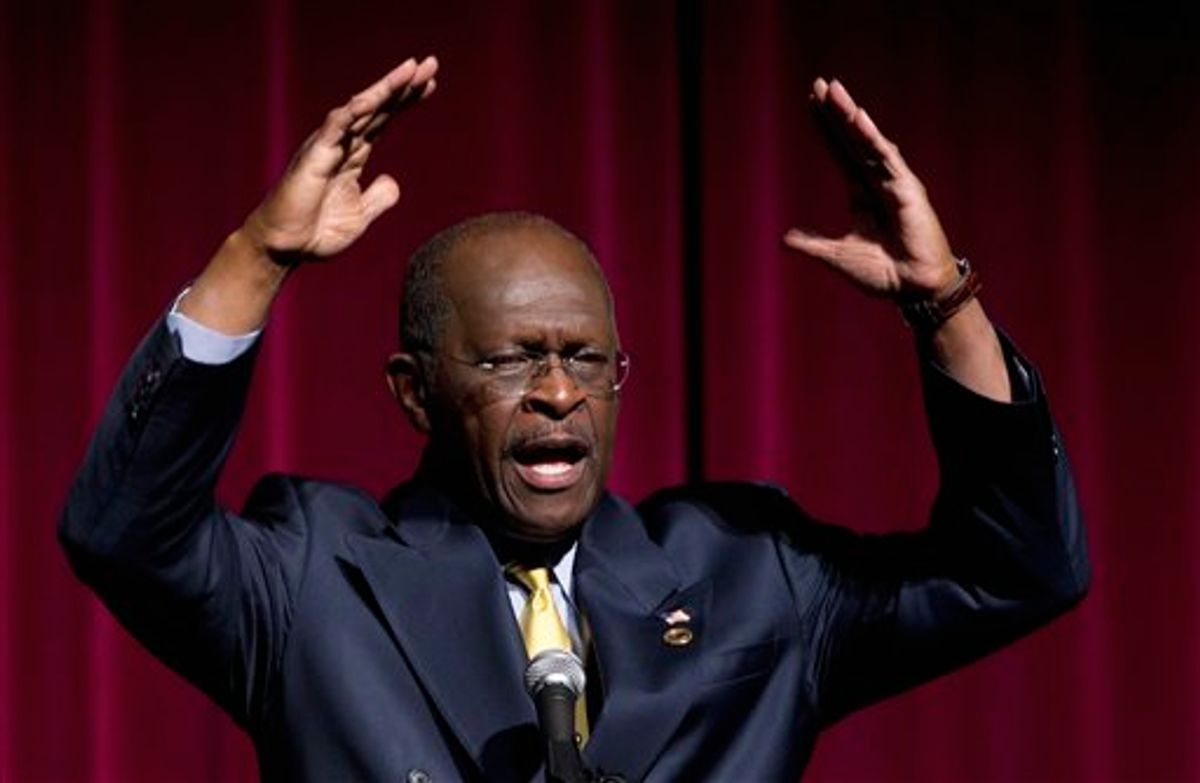 On MSNBC's "The Ed Show" Monday night, with Salon's own Steve Kornacki and The Grio's Goldie Taylor, I suggested that if Herman Cain kept throwing out demeaning details about the women who accused him of sexual harassment, one or the other would likely clamor to be able to tell her story.

On Tuesday afternoon, one of them did, via her attorney.

Joel Bennett told the Washington Post that his client has asked the National Restaurant Association to release her from the non-disclosure agreement she signed as part of the settlement of her claims against Cain, so she could refute his counter-charges. "It is just frustrating that Herman Cain is going around bad-mouthing the two complainants, and my client is blocked by a confidentiality agreement," Bennett told the Post. "The National Restaurant Association ought to release them and allow them to respond."

Bells went off for me Monday night when I heard Cain telling PBS that he didn't remember the "settlement" because he didn't think of it as a settlement, it was an "agreement" – and then he suggested it may even have been a "termination" agreement. That seemed kind of foul, to suggest the woman in question had been fired, though it also raised the possibility she was fired in retaliation, which would worsen the story for Cain. It was also ill-advised because non-disclosure agreements in any kind of settlement like that tend to bind both sides. So why was Cain mouthing off the details he belatedly remembered about the complaint, anyway? He might have been better off sticking to his earlier story that he knew nothing about the cases in question.

At any rate, Cain's lame flailing, which all of us on Schultz's panel thought was destructive Monday night, has clearly hurt him. The former Godfather CEO said Monday he had not asked the NRA to lift the non-disclosure clauses in the two women's agreements. It's unlikely he will now, but if he really did nothing he wants to hide, he ought to.

The woman in question now works for the federal government and is staying with family while the media stake out her home.