Rick Perry: Elect me because I am incapable of communicating clearly

Is the Texas governor making a play for Cain supporters by highlighting a weird speech? Or was he just drunk? 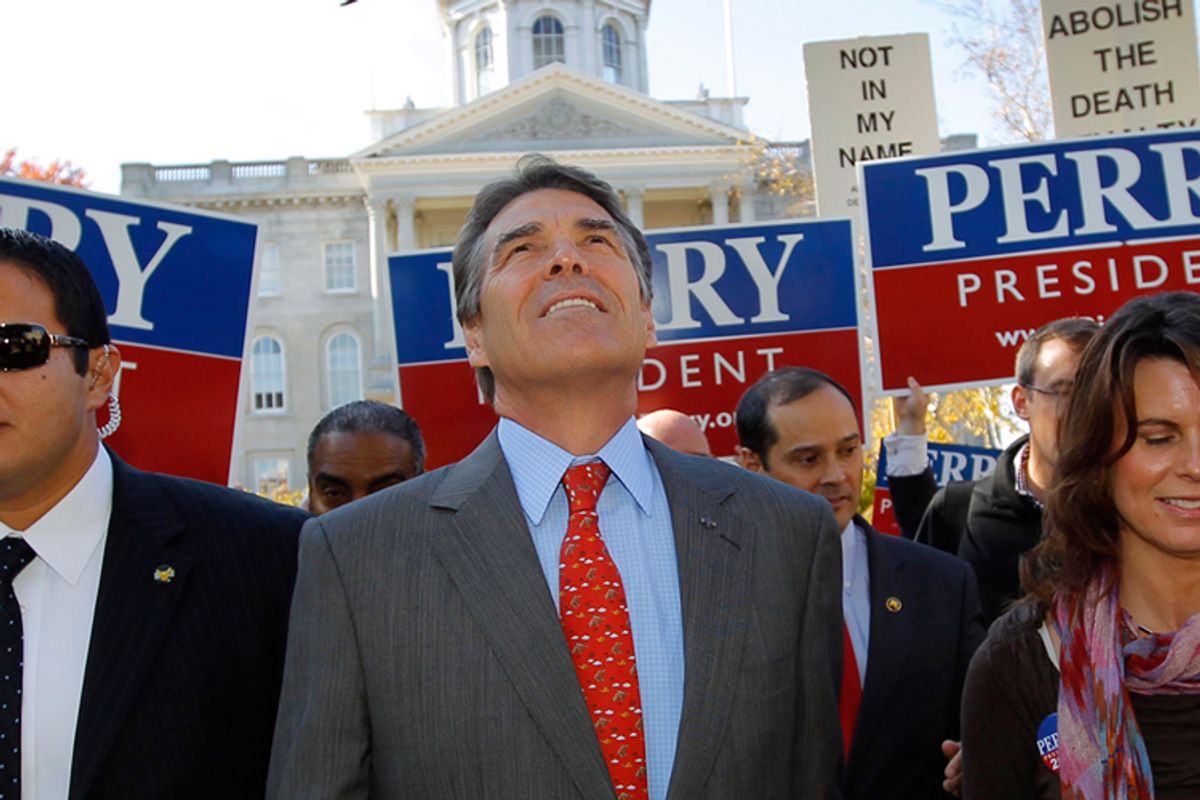 Last weekend, Rick Perry gave a bizarre, rambling speech in New Hampshire that quickly became an "Internet sensation." It is sort of like BadLipReading come to life.

"This is such a cool state," Perry says, referring to New Hampshire, not "intoxication."

How to explain this? Perry isn't a great public speaker, but he's usually not a slurring, incoherent one. At a National Journal panel, Democratic consultant Steve McMahon thought perhaps Perry was drunk. He sounds a bit drunk. But who gets drunk before giving a speech in New Hampshire? This isn't the Golden Globes, this is a presidential campaign.

"It's odd," Black said of the speech. "I haven't asked anybody in Governor Perry's campaign about it. Look, he's got a back problem, maybe it was back medicine ... ."

"Back medicine" is more popularly known as "painkillers." Rick Perry had back surgery last July, and he could be recovering still. Painkillers plus a drink or two could equal inappropriate giggling.

There's one more possibility: He's intentionally sounding like a moron because being totally out of your depth is a huge selling point for GOP voters these days.

"If you're looking for a slick politician or a guy with great teleprompter skills," Perry says, "we already have that -- and he's destroying our economy. I'm a doer, not a talker."

He's a doer! He does things! Things that don't involve communicating effectively! Things like taking pain medication, possibly! And he won't read off a teleprompter, because he may not be able to read!

Maybe Perry didn't intentionally sound wasted in a public speech in order to generate headlines highlighting his Herman Cain-like unsuitability for high office, but when you're dealing with a "doer" like him, you can never know for sure.

(Meanwhile his tax plan is basically a massive giveaway to rich people and it's somehow even more irresponsible than 9-9-9, which at least operates from the theory that government needs to get some revenue, from somewhere.)