Should teens be screened for drug use? 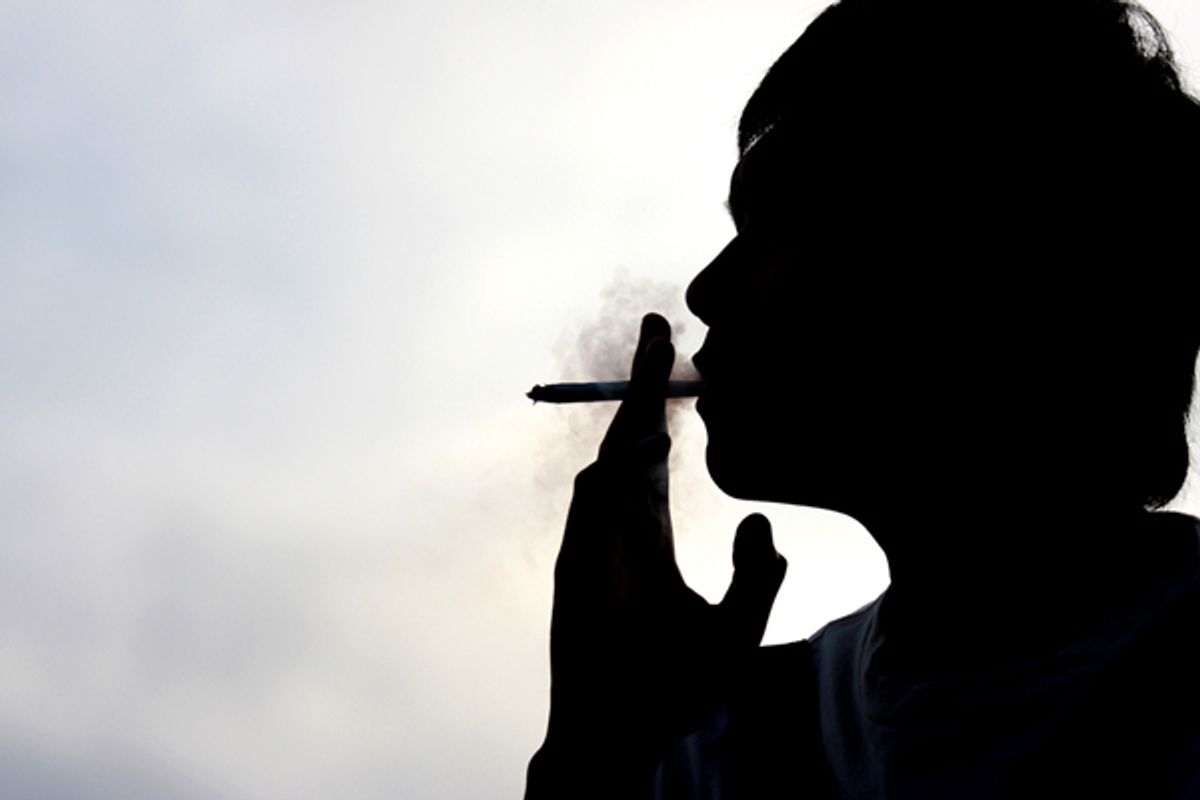 This just in: Teenagers experiment with sex, alcohol and drugs. But for the first time, the American Academy of Pediatrics now boldly recommends that adolescents be routinely screened for illicit-substance use and HIV. The policy statements suggest doctors test kids 16 and up for HIV in communities where more than 0.1 percent of the population has the virus -- regardless of whether the patient admits to being sexually active. It also states that doctors should ask teens about drug, alcohol and nicotine use at every visit. But while a routine HIV test is a fairly straightforward, judgment-free process, frank conversation is another one altogether. Are parents and pediatricians ready to get frank with teenagers about their recreational activities?

As Dr. Sharon Levy, co-author of the statement on "Substance Use Screening, Brief Intervention, and Referral to Treatment for Pediatricians," told Reuters, "the recommendation to screen adolescents as part of general healthcare is not new." But what is new is the way the guidelines acknowledge the unique effects of drugs and alcohol on developing brains, and especially increased risks of addiction among the young. They also provide a specific protocol for questioning teen patients, from praising and encouraging kids who say they don't indulge, all the way to "consider[ing] breaking confidentiality to ask parents to monitor and insure a follow-through" for those who appear in "acute danger." The guidelines suggest offering the patient a contract promising to "not drink alcohol, use drugs or take anyone else’s medication" for a specified amount of time -- and hammering home the high risks associated with getting in a car with anyone under the influence.

I have two rapidly growing children who happen to have substance abuse galore on both sides of the family tree. (You're welcome, kids!) As a parent, I want them to be encouraged as much as humanly possible to make decisions that are in their best interests. I want them to have other adults they can confide in and trust. And I flip myself right out remembering the AAP's admonition that "Use of alcohol and other drugs remains a leading cause of morbidity and mortality for young people in the United States."

But as a former teenager, I know that boundary pushing and experimentation are part of life. Even the most goody-goody honor student rarely makes it to 21 without dabbling. It's fortunate that the AAP acknowledges a wide spectrum of behaviors and appropriate professional responses -- and still strongly recommends against involuntary drug testing. We're not in reefer madness territory anymore.

Nevertheless, the adults in our children's lives need more than a handy algorithm when dealing with these complicated questions. They need training and people skills. The idea of a doctor saying, as the AAP recommends, "Alcohol/drugs kill brain cells and make you do stupid things you will regret" sounds like a recipe for a massive adolescent eye rolling. I wonder what happens in those families where a sip of wine at dinner is a cultural rite of passage, or why the AAP has no recommendations for talking to kids about the distinction between responsible adult alcohol consumption and the use of controlled, prescription meds for pain management.

Last week, my 11-year-old watched a drug awareness movie in school. It was filmed in the '80s and was about a "pot party." She thought it was hilarious. I'd like to believe that she got a little something about how to respond in that inevitable moment when someone offers her something illicit, but I don't know for sure. I can only hope that as my children grow, their doctors will speak to them with concern, yes, but also sensitivity, intuition and empathy. That they won't be lame about it. And that when they're engaging them in conversations about drugs and alcohol, they're looking at my kids and not a script.