In which we help Nebraska's "centrist" senator make a 2012 decision 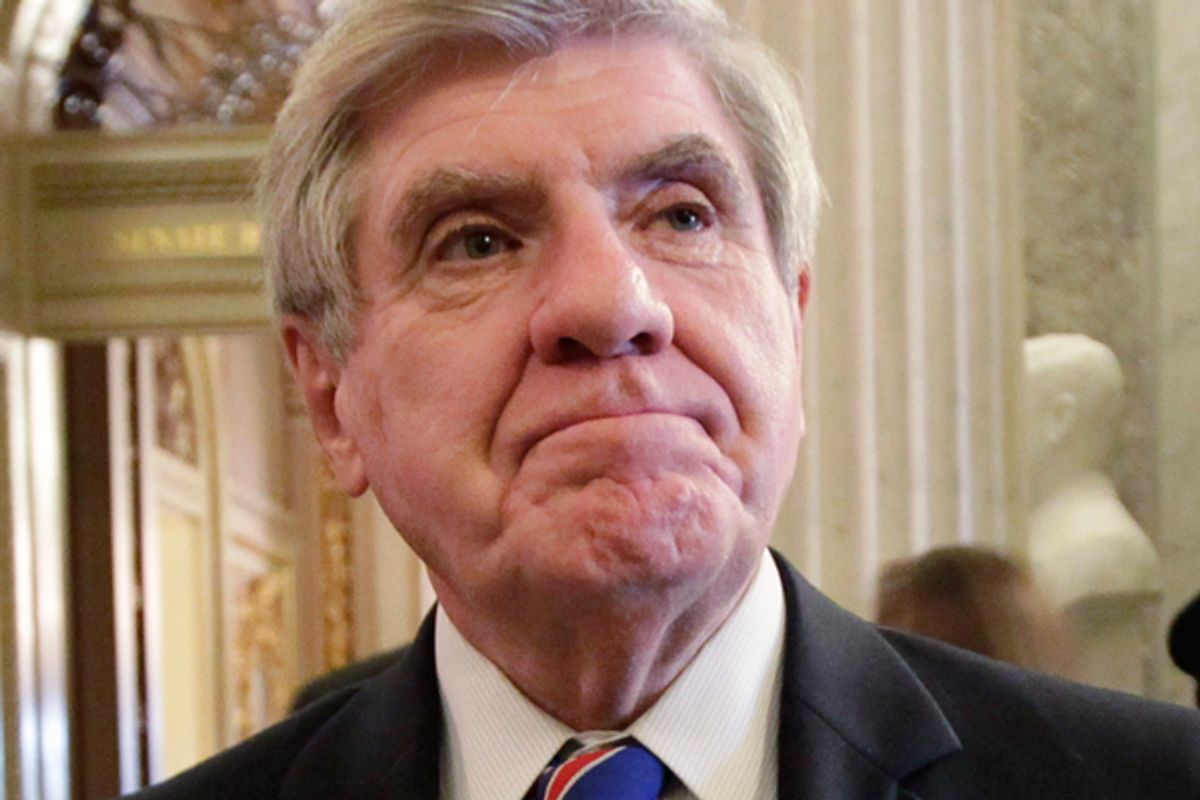 "I'll sit down with my family to discuss the future," Nelson said Tuesday during a telephone interview. "They are my sounding board. I value what they say."

Nelson said he will weigh his family's views along with a personal judgment on "whether I believe I have a role to play in dealing with a very divided Congress in a very divided country, whether I could be constructive in finding some solutions, whether I am convinced I can be a positive force for the following six years."

Senator Nelson, you have never been a "positive force" during your time in office thus far, and it seems unlikely that you will become one at any point in the next six years.

Please, retire quietly, or even with an alternately self-righteous and self-pitying editorial about the death of "bipartisanship" and "civility" and "Senate decorum." Promise to devote yourself to good deeds outside of office and then get rich lobbying for the corporate interests that currently sponsor you, I don't care. Just get out of office, because you are horrible. You're a miserable excuse for a senator. You have made millions of people's lives worse in real and tangible ways, and you will continue to do so as long as you remain in the United States Senate.

You opposed capping ATM fees because you are so old and rich and stupid that you have never used an ATM. "I know about the holograms," you said in your defense, because you're a useless fool.

You joined the cadre of "centrist" Democrats who attempted to sabotage every major legislative priority of the Democratic Congressional majority, and you went back and forth on the public option before definitively coming out against it and the hugely popular "Medicare buy-in" compromise. Then you won a sweetheart Medicaid funding deal solely for Nebraska that almost killed the entire healthcare reform bill and led to everyone in the country calling you venal and corrupt.

And you opposed a measure to stop federally subsidizing usurious private student loan providers -- calling a money-saving anti-corporate welfare proposal "a government takeover of student lending" -- because you think representing the interests of usurious lending institutions that donate millions to your campaigns is actually an example "being constructive" and "finding solutions."

You have no major legislative accomplishments, either. Not one! I can't name a single important bill you ever sponsored or co-sponsored and I suspect most other longtime Senate observers could, either. You are a failure as a Senator with no legacy to speak of beyond trolling your own party, repeatedly.

Consider this an official endorsement of your retirement from politics. Please go crawl into a hole.