Is a teen "Idol" star suddenly too skinny? 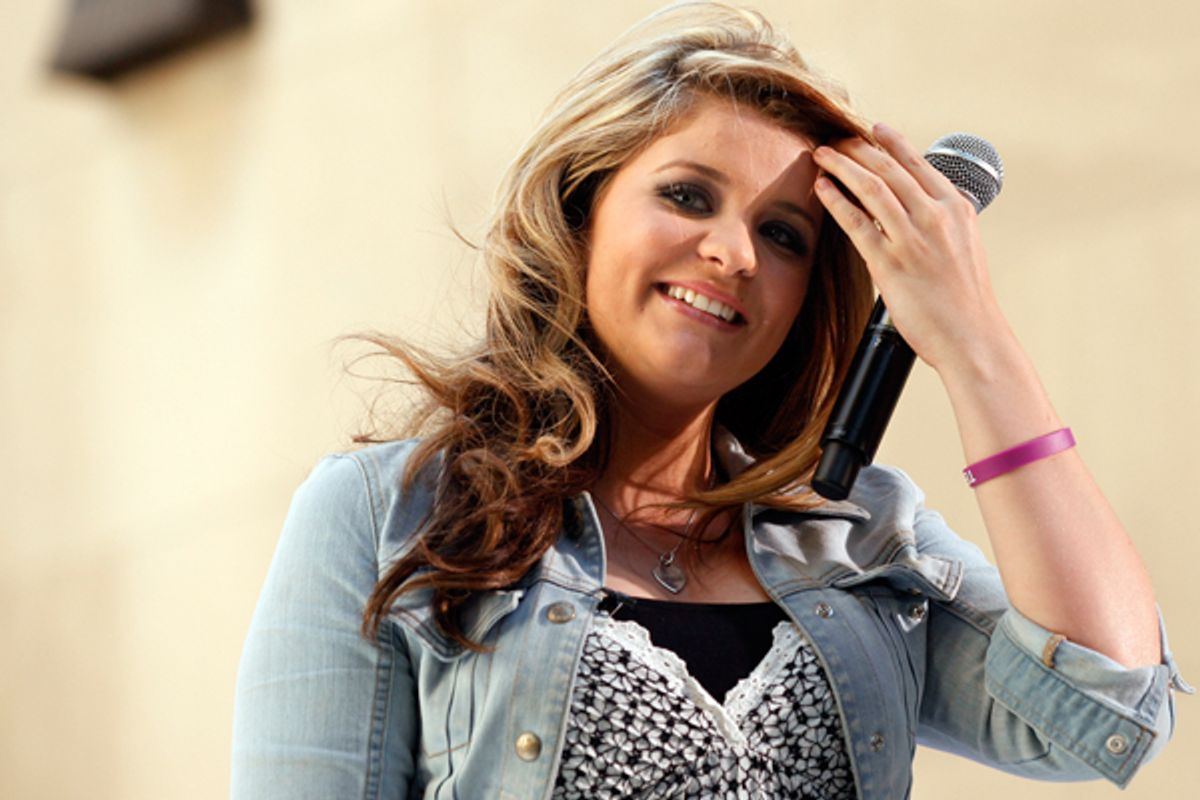 Rest easy, America. Lauren Alaina, the 16-year-old "American Idol" runner-up, has lost 25 pounds. In an interview this week with Us, the country crooner -- whose debut album is perched just below "Idol" castmate Scotty McCreery's on the Billboard top-10 -- talks about "changing my diet" and learning "correct portion control" to achieve her newly slimmed-down physique. Whew, now she can be a real star.

Naturally, the online and print tabloids have eagerly celebrated her triumph -- noting how weight loss success "does a body good" and marveling that "her figure is looking fabulous." Reminder: This is copy written by adults -- about a 16-year-old-girl. Suddenly I've lost my appetite.

Alaina tells Us that in addition to cutting back and doing "lots of squats," she's also relied on the low-carb, high-protein food delivery service Sunfare. And in an interview with Taste of Country, she admitted that she also has a personal trainer.

A young woman with a show business career and a deep-pocketed record label has every right to, as she puts it, better herself. Likewise, there's nothing wrong with learning portion control, especially in a country where super-size is the norm and restaurant plates run to the size of manhole covers. And physical fitness is a sadly diminishing priority in too many young people's lives.

Health and weight are not the same thing, however. And excuse me, but I don't recall ever hearing a peep about the diverse bodies among other "Idol" contenders, including the generously proportioned Jacob Lusk. Alaina's maxim that "you have to do it for yourself" sounds like a positive message of encouragement to other adolescents struggling to make healthy choices. But she's also said things like: "I'm 10 pounds from my goal -- almost there! I wear size small and extra-small now!" What's 10 pounds less than extra-small? Lauren Alaina's goal weight.

Earlier this month, Alaina told "Access Hollywood" that, "as a girl, a teenage girl, without even wanting to, you constantly compare yourself to other girls. It's like I was in this competition with all these beautiful girls. Sometimes it would swallow me up. I would compare myself to those other girls to the point where it would make me sick, because I'm not like heavy, heavy, but I’m not the skinniest girl in the world." Don't worry, Lauren. Just a few pounds and a little more slavering encouragement from the celebrity press, and you will be.