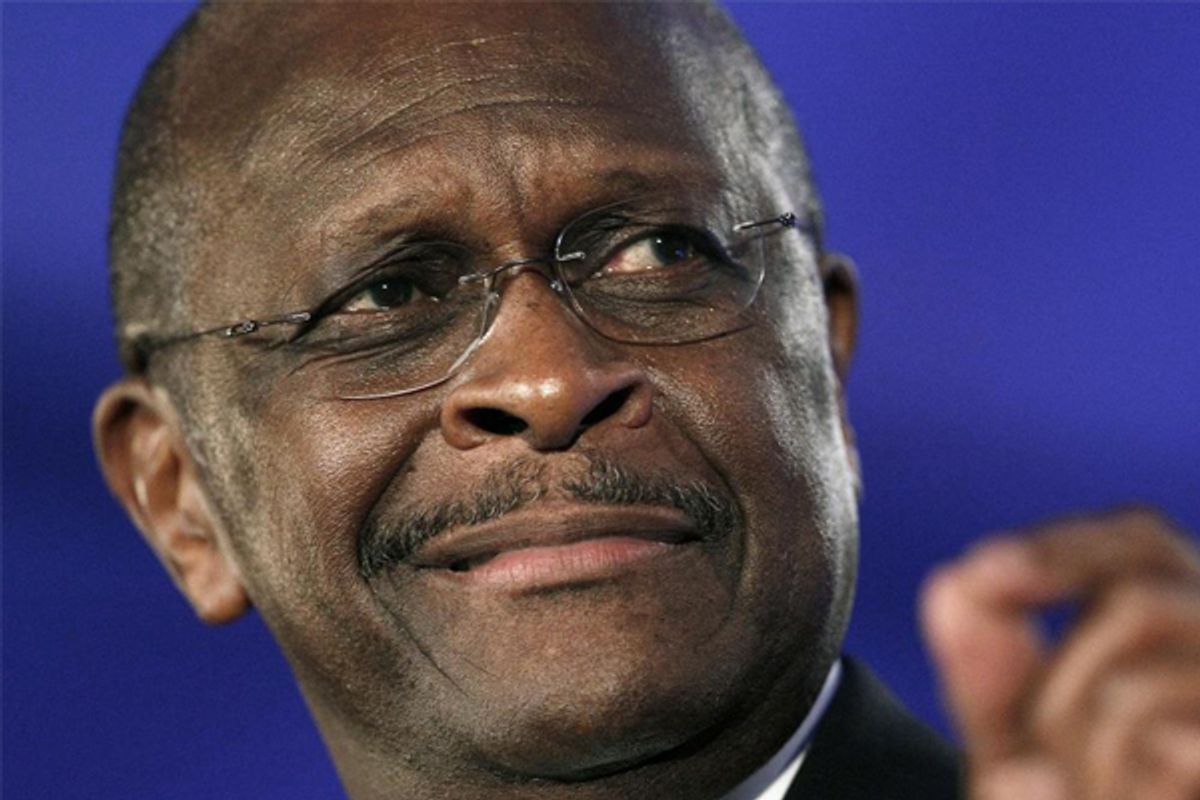 A new poll conducted in the key Republican primary state of South Carolina on Tuesday night -- after two full days of saturation media coverage of the Herman Cain sexual harassment saga, in other words -- shows the former Godfather's Pizza CEO opening a double-digit lead over Mitt Romney, 33 to 23 percent.

Before we go any further, let's get to the disclaimers: 1) The poll was conducted by Rasmussen, which doesn't have the best reputation; and 2) the Cain story is fast-moving and still evolving, with details of past settlements beginning to emerge and one of his accusers now looking to speak out. It's a volatile situation, in other words, and it's too soon to know what the impact on Cain's candidacy will be.

That said, the numbers suggest that the aggressive efforts of conservative media personalities like Rush Limbaugh, Sean Hannity and Laura Ingraham to portray Cain as the victim of a smear by a liberal media establishment that feels threatened by black conservatives may be resonating with the GOP base, no matter how ludicrous they are. This is particularly interesting when you consider that the conservative punditocracy has not been unanimous in this interpretation of the story. Karl Rove, for instance, has been arguing that Cain's handling of the story -- his failure to have a strategy for dealing with it despite knowing for 10 days that it was coming and the shifting answers he's provided this week -- raises questions about his readiness for the national spotlight.

The Rasmussen poll also shows Newt Gingrich moving into third place in South Carolina, with 15 percent. This dovetails with a national poll of Republican voters released by Quinnipiac University this morning that finds Gingrich in third place with 10 percent, behind Romney (23 percent) and Cain (30 percent), suggesting that the former House speaker may be best positioned to move up if Cain falters. (Quinnipiac's survey was conducted in the last week of October, just before the Cain story broke.)

We'll have a better sense of the story's impact on the GOP race over the next few days, when more established polling outlets begin reporting data of their own. At the very least, though, the Rasmussen numbers indicate that the whiff of scandal will not by itself shake Republican voters from their flirtations with Cain.