Art in Crisis: The plight of independent bookstores

A week of ups and downs: St. Mark's gets a new lease on life as a popular New Hampshire shop struggles to stay open 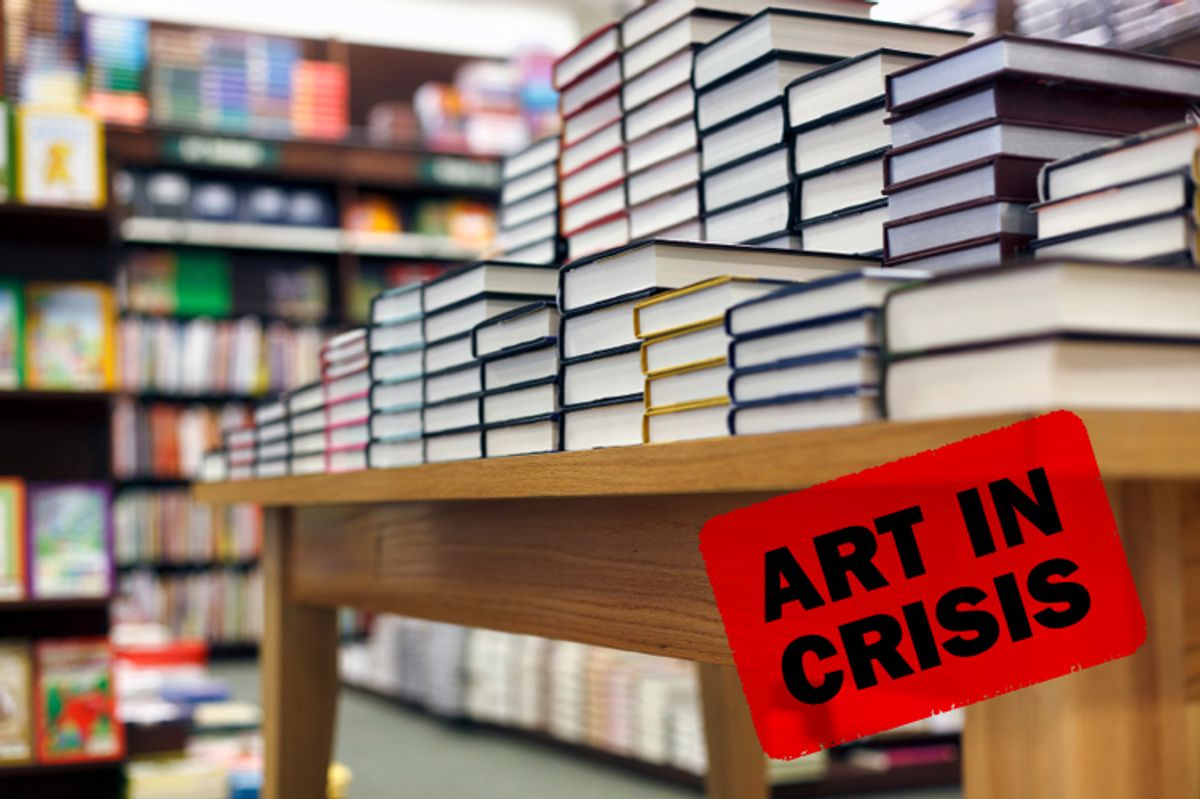 For independent booksellers -- and their supporters nationwide -- this week has had its ups and downs.

On the bright side, St. Mark's Bookshop -- the beleaguered New York City icon -- seems to have earned a new lease on life. According to the New York Times, Cooper Union (which sublets the store its space) will "reduce the store’s rent to about $17,500 a month from about $20,000 for one year ... forgive $7,000 in debt" and "provide student help with revising the store’s business plan."

At a time when many independent bookstores are struggling, the plight of this particular store -- crippled by high rent and spotty consumer demand -- has garnered a great deal of attention, from major news outlets and frustrated individual customers (in the tens of thousands) alike.

"[I]t’s not over as such just because we’re out of the woods for now," co-owner Bob Contant told the Times. But still, it's undeniably an encouraging development.

While the news about St. Mark's will doubtless come as a relief to book lovers in lower Gotham and beyond, fans of another popular independent store several hours north -- Portsmouth, N.H.'s friendly and well-curated RiverRun -- may soon have cause to mourn. Earlier this week, owner Tom Holbrook announced that he had not signed a new lease on the store's current property -- and could be forced to close his store entirely by the end of December.

In a sorrowful missive to customers, Holbrook wrote: "When we moved into this space five years ago business was booming, the economy was good, and the Kindle didn't exist yet.

"The rise of digital books, the poor economy, and some very large debts have left the store in a terrible position," he continued. "We simply cannot afford the most expensive real estate in the most expensive city in New Hampshire. ... For that reason, for RiverRun to survive we must not only find a new location, but we also need to recapitalize the store."

"Frankly, we need to raise more than $100,000 to erase old debt and repair our relationship with publishers so that RiverRun has a secure future," he specified on the store's website, where he has invited supporters to donate money via PayPal. (The shop has also taken to Twitter in its quest for financial support.) "It's time for us to fix the problems and launch into a brave new world of bookselling, or it's time for us to get out of the way and let somebody else take a shot at it."

In light of this week's developments, we're taking the question to our readers: How would you reinvent the independent bookstore? What is it about your local bookstore that you love -- and what would you change? Should bookstores experiment with offering other services and merchandise, or stick to the basics? Share your thoughts with us in the comments below.