Is OWS in danger of losing Middle America?

Two new polls offer conflicting answers, but there may be a way to reconcile them that provides a path forward 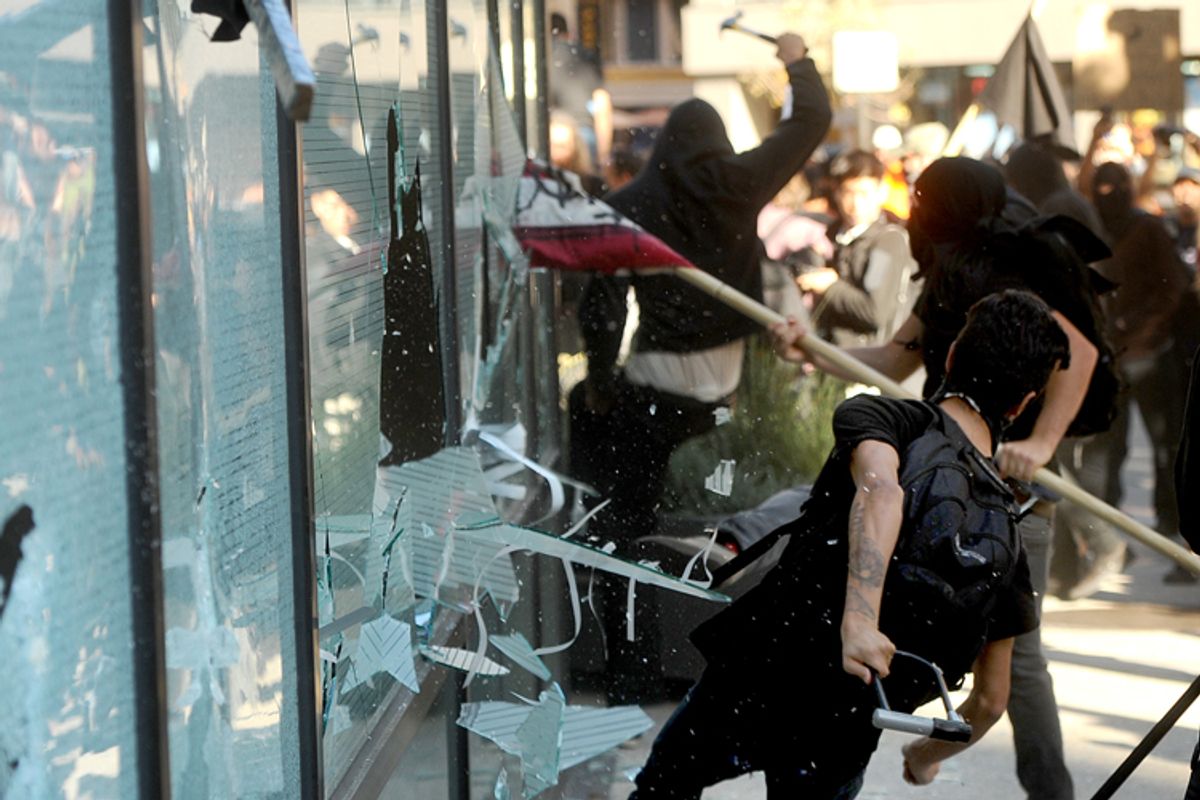 Let's try to make sense of this. A new national survey from Quinnipiac University suggests that popularity for the Occupy Wall Street movement is plummeting, with 39 percent of voters now saying they have an unfavorable view of the movement, compared to just 30 percent who have a favorable one. At the same time, a new CNN poll finds that voters agree with OWS by a 2-to-1 margin, 36 to 19 percent.

Which one is right?

They both may be, and the explanation (as is often the case) can be found in the wording of the questions. The Quinnipiac poll asks respondents: "Is your opinion of the Occupy Wall Street Movement favorable, unfavorable or haven't you heard enough about it?" while CNN's asks if they agree with the overall positions of Occupy Wall Street. Each question seems to be getting at something different. Quinnipiac's tight wording seems designed to focus respondents on the specific protests they've probably been watching on television and seeing pictures of on newspaper front pages. CNN's seems broader, testing attitudes not just about the literal protests but about the ideas behind them.

If this is right -- and it will take a lot more polling to have a clearer sense of whether it is -- then it offers hope for the future of the OWS movement, but also a cautionary note about immediate strategy.

The good news for OWS supporters, per the CNN poll, is that issues that have been highlighted as a result of the protests -- income inequality, the influence of the super-wealthy, the need for meaningful Wall Street reform and so on -- seem to be resonating with voters. In a way, this is no surprise; even before OWS began, for instance, polls consistently found broad public support for raising taxes on the wealthy, even among Republicans. What OWS has succeeded in doing is injecting these concepts into the national political dialogue, where they'd been absent. This is no small achievement and it may even be making some Republicans in Congress nervous.

The Quinnipiac poll points to a potential problem, though, with voters possibly being turned off by the actual protests. A big part of the "unfavorable" number that the poll found can, of course, be chalked up to simple partisanship. Many Republican-aligned political and media voices have sought to portray the protests in negative terms, painting those gathered in New York and elsewhere as fringe activists engaging in lawless conduct. This was bound to trickle down to Republican voters and Republican-leaning independents. But to the extent that authentic swing voters may also be turning on the protests, it can probably be explained by the recent headlines, which have been dominated by images of violence and chaos.

The risk for OWS is that clashes with authorities and more reports of disturbing activities at protest sites will continue to turn swing voters against the protests and that this will distract from the broader message behind the movement and overwhelm the very real progress that OWS has achieved in altering the political debate. It's also possible, of course, that voters will be able to walk and chew gum at the same time, continuing to express support for the OWS message even while voicing alarm at the protests themselves. Or that Quinnipiac's numbers will end up being an outlier, and that the next round of data will find strong support for both the movement and its message. But if the CNN and Quinnipiac findings become the new norm, it might be a good idea for OWS to at least consider the "declare victory and go home" strategy.