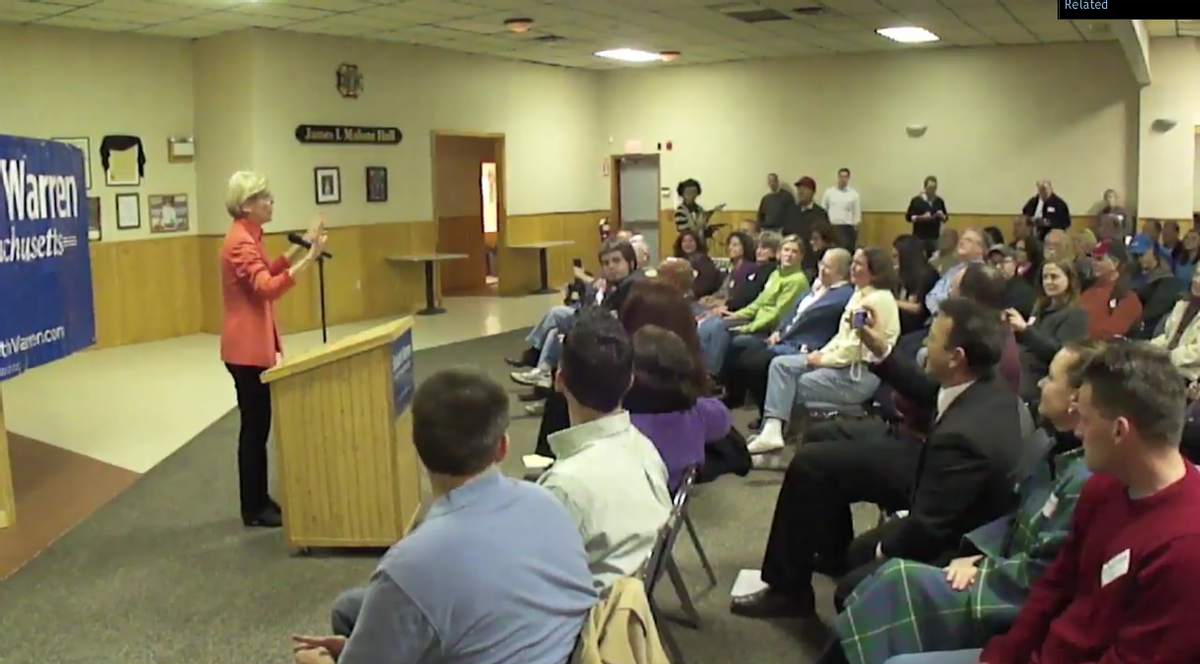 (UPDATED with link at bottom)

I admit that I was late in grasping Elizabeth Warren's potential mass appeal as a political candidate, but now that I've watched her in action for a few months, I'm increasingly tempted to brand her the Democratic version of Chris Christie: a formidable communicator with a knack for expressing the sentiments that animate her party's voters with unusual coherence and resonance.

She's also beginning to rack up the viral video hits. Her explanation of the social contract is a prime example, and now comes this: a confrontation with a man who crashed a Warren volunteer event in Brockton, Mass. and lashed out at her for supporting the Occupy Wall Street movement, claiming that the Tea Party is the real voice against Wall Street's excesses. Warren seemed to handle his outburst deftly, flustering the man and leading him to call her a "socialist whore" and storm out of the room while making a snide remark about Warren's "foreign-born" boss (Obama, I'd guess -- but maybe George Soros?). Anyway, here's the video:

Update: There was an embed code with this video, but it seems to be restricted. You can watch the clip here.