Deadbeat dad Joe Walsh rewarded for "support of the family" 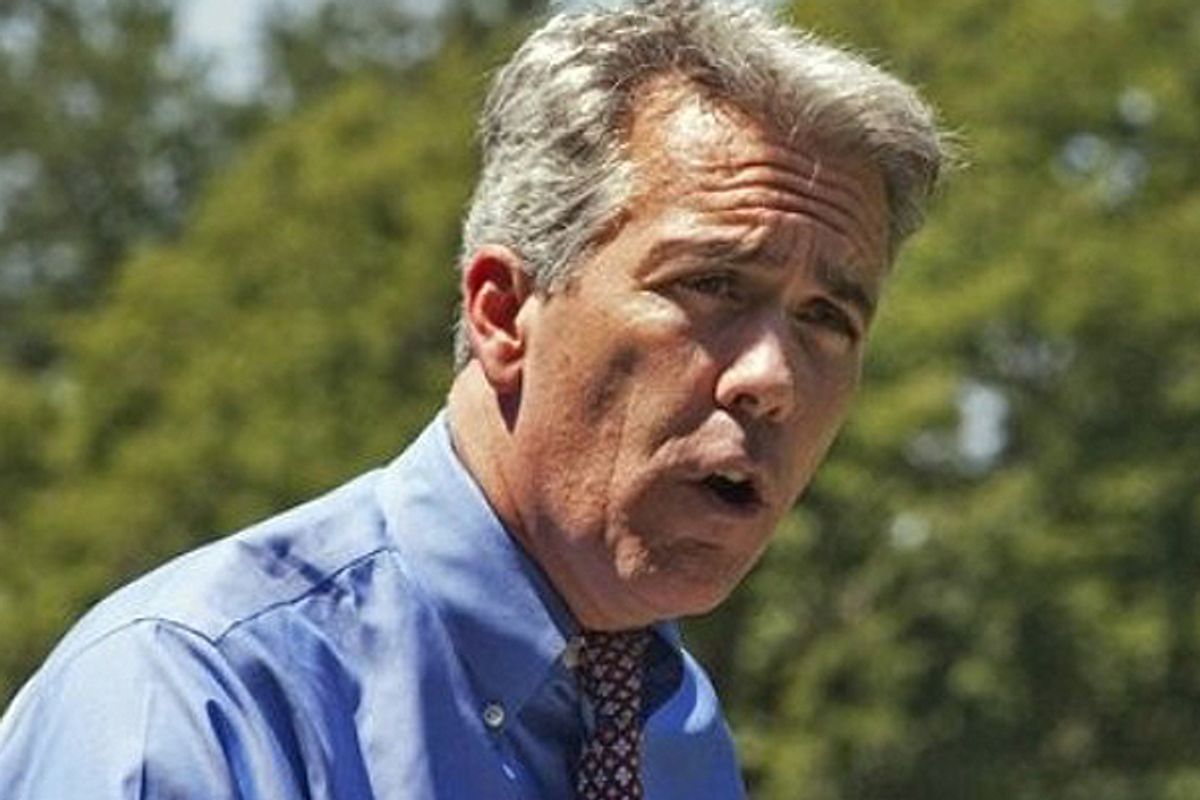 Joe Walsh has earned a 100% "True Blue" rating from the Family Research Council, the evangelical lobbying organization and hideous advocate of assorted bigotries. Not Joe Walsh the Eagle, but Joe Walsh the "Tea Party" freshman congressman who, not coincidentally, owes more than $100,000 in back child support that he refuses to pay.

FRC lauds Walsh for his "unwavering support of the family," by which they don't mean his family, because obviously his support for them has been known to waver. But supporting one's actual children is less important, to Tony Perkins and his organization, than Walsh's steadfast belief that the government's sole responsibility is to ensure that life is as difficult and miserable as possible for women and gay people.

“We thank Cong. Walsh who has voted consistently to defend faith, family and freedom,” said FRCA President Tony Perkins. “Cong. Walsh and other ‘True Blue Members’ have voted to repeal Obamacare, de-fund Planned Parenthood, end government funding for abortion within the health care law, uphold the Defense of Marriage Act, and continue support for school choice. I applaud their commitment to uphold the institutions of marriage and family.”

Congratulations to Joe Walsh and the Family Research Council, fine representatives of everything small and selfish and hateful in the dark recesses of the American psyche.