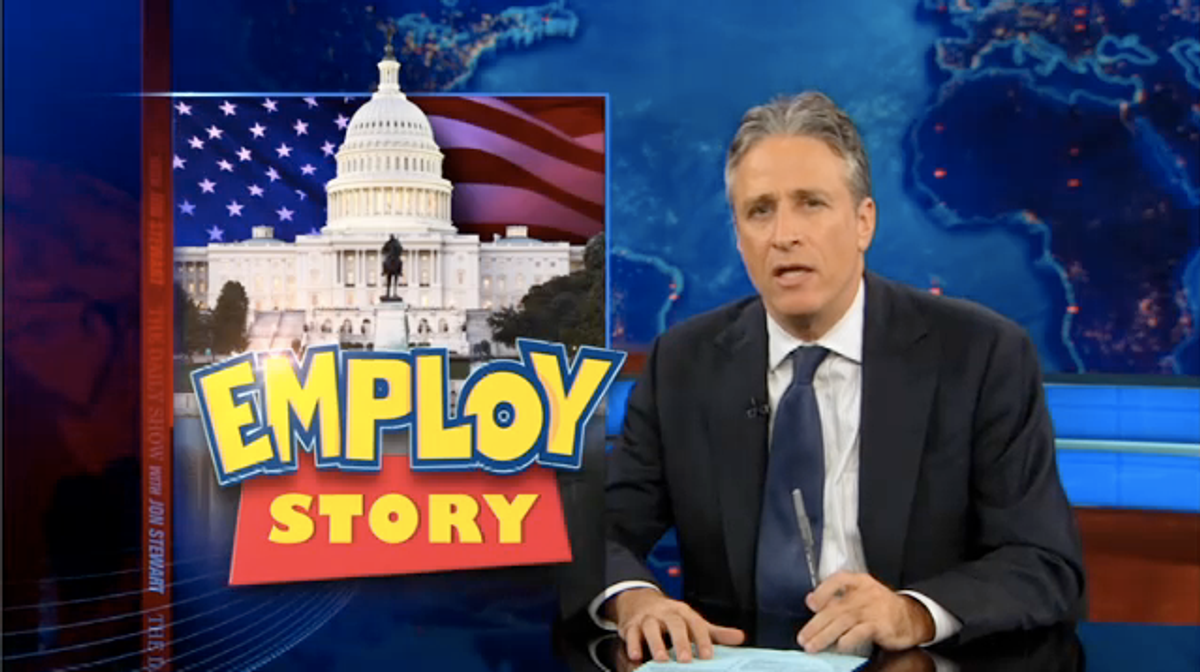 Politicians across the spectrum will say that jobs are America's No. 1 priority. Their prescriptions for dealing with the country's persistently high levels of unemployment  might differ, but everyone believes that something must be done. Which would, in a functional government, signal that there might be some sort of dialogue between the members of our legislature  -- that the gears might start moving, at the very least. Imagine Jon Stewart's surprise, then, when the Republican-controlled House carved out time in its schedule earlier this week, not to attempt any action against unemployment, but to reaffirm our national motto, "In God We Trust." Last night, "The Daily Show" examined the spectacle: