Jobs report: Not horrible, but no help for Obama 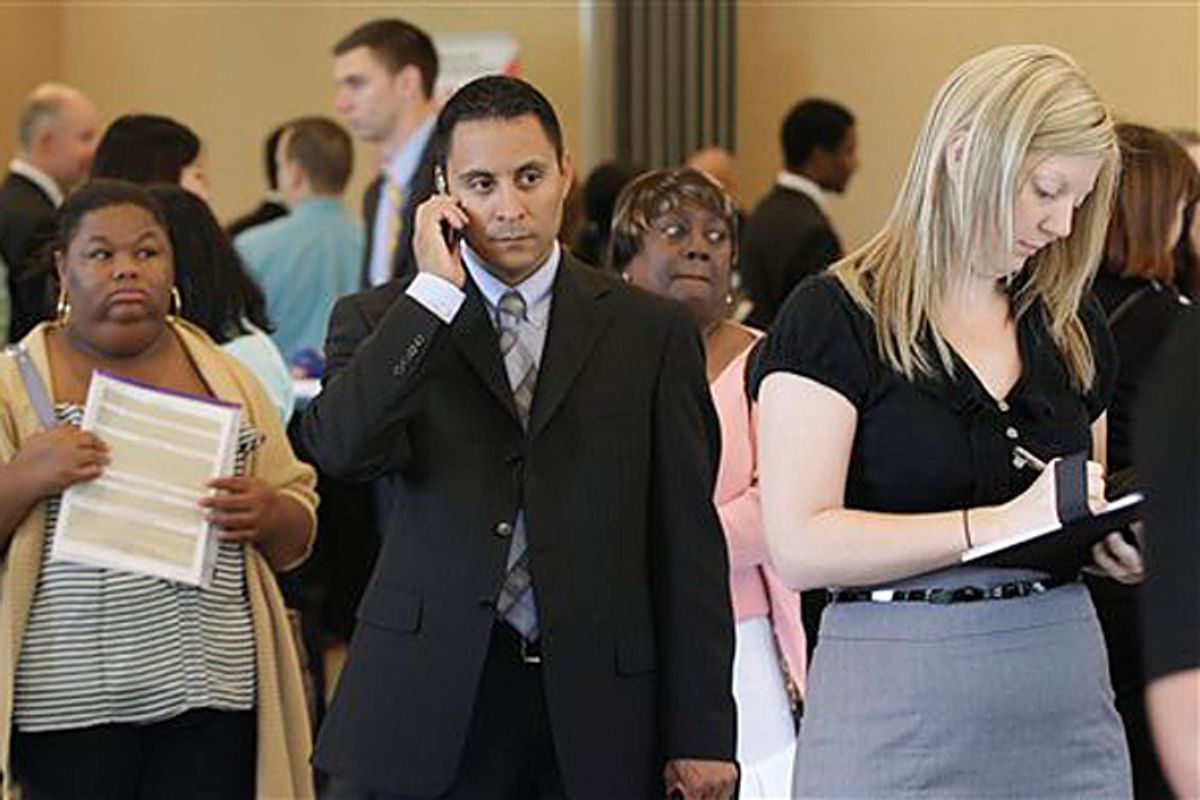 After a month of mildly encouraging economic news, the government's jobs report for October is a letdown. The economy added only 80,000 jobs -- less than was originally reported for September. That's far below what's necessary to keep up with population growth, and certainly not enough to make a serious dent in unemployment. The unemployment rate did tick down one notch, however, from 9.1 percent to 9.0 percent.

Underneath the hood, however, the news was a little more encouraging, with most long-term trends headed in the right direction, a fact reflected in the drop of the broadest gauge of unemployment (the U-6 number that attempts to take into account the number of part-time workers and those have given up looking for jobs), from 16.5 to 16.2 percent. The very last line of the report was the most encouraging: The Bureau of Labor Statistics announced that the jobs numbers for August had been revised up from 57,000 to 104,000, and for September from 103,000 to 158,000. If that trend continues, October's numbers may end up looking a lot better.

Once again, cuts in state government payrolls -- -24,000 -- acted as a drag on overall unemployment growth.

The good news, such as it is:

Overall, this is not a jobs report that will change the political calculus or that signals a strong economic recovery any time soon. It provides ammunition both for Republicans who are eager to attack Obama, and Democrats who are pushing for more direct action on jobs. The best we can say is that the new numbers do support the picture that's been coming into focus for the last couple of months: The U.S. economy is in a state of very slow recovery. The good news is that the summer free fall is clearly over -- a double-dip recession is not in the immediate future. The bad news is that for most people, the improvement will be imperceptible.