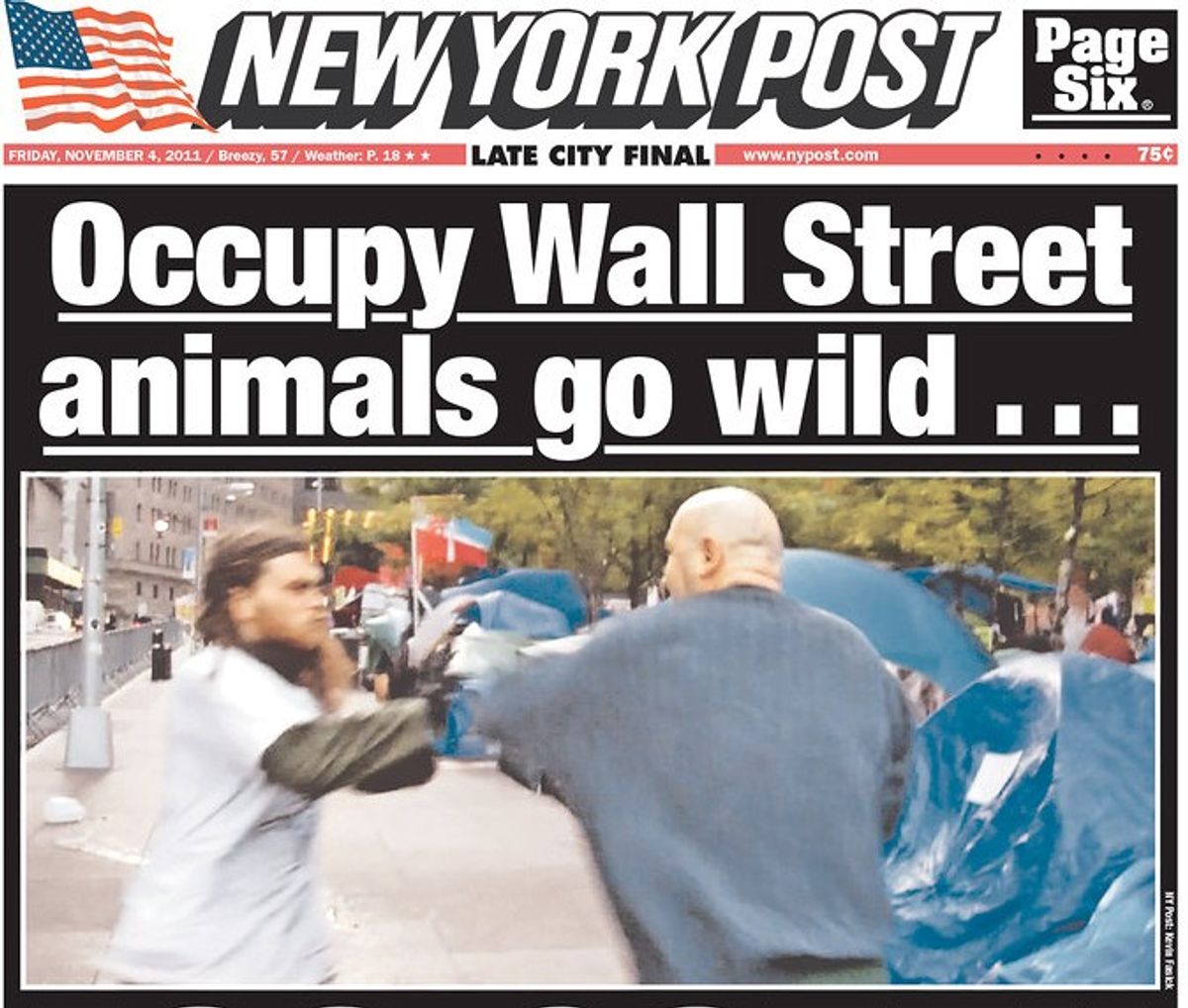 From the beginning, Rupert Murdoch's New York Post was never exactly friendly to the cause of Occupy Wall Street.

When the NYPD arrested hundreds on the Brooklyn Bridge in one of the watershed events of the young movement on Oct. 1, most of the media seized on the heavy-handed (and possible illegal) police tactics. The Post, on the other hand, led its story with an unnamed "Ground Zero construction worker" bashing protesters:

One irate driver, a Ground Zero construction worker, was livid.

“I work my ass off all day, and these goddamned hippies close down the Brooklyn Bridge so I can’t get home?” he said. “This ain’t right!"

A few days later, columnist Andrea Peyser sneered at the Occupy encampment at Zuccotti Park as "the planetary point where bitchery meets bellyaching."

But the Post has now kicked its attacks on Occupy into high gear. Today the cover of the tabloid labeled the protesters "animals" (see image above). The story, complete with video, is about a "mentally ill" homeless man picking fights with those sleeping in the park. The homeless man is punched by a protester after his tent is kicked. And he's not an anti-Wall Street protester; his cryptic signs say, "USA-Turk Army Ended My Diplomatic Career 6 Times" and "AC Tropicana Casino Robbed My $30K Pay For My Driving Job."

And that came after Wednesday's cover, a debunked story of a Wall Street cafe laying off workers because of disruptions caused by Occupy protesters: