Why Bank Transfer Day is only the beginning

If the big banks aren't scared yet at the power of social-media grass-roots activism, they're not paying attention 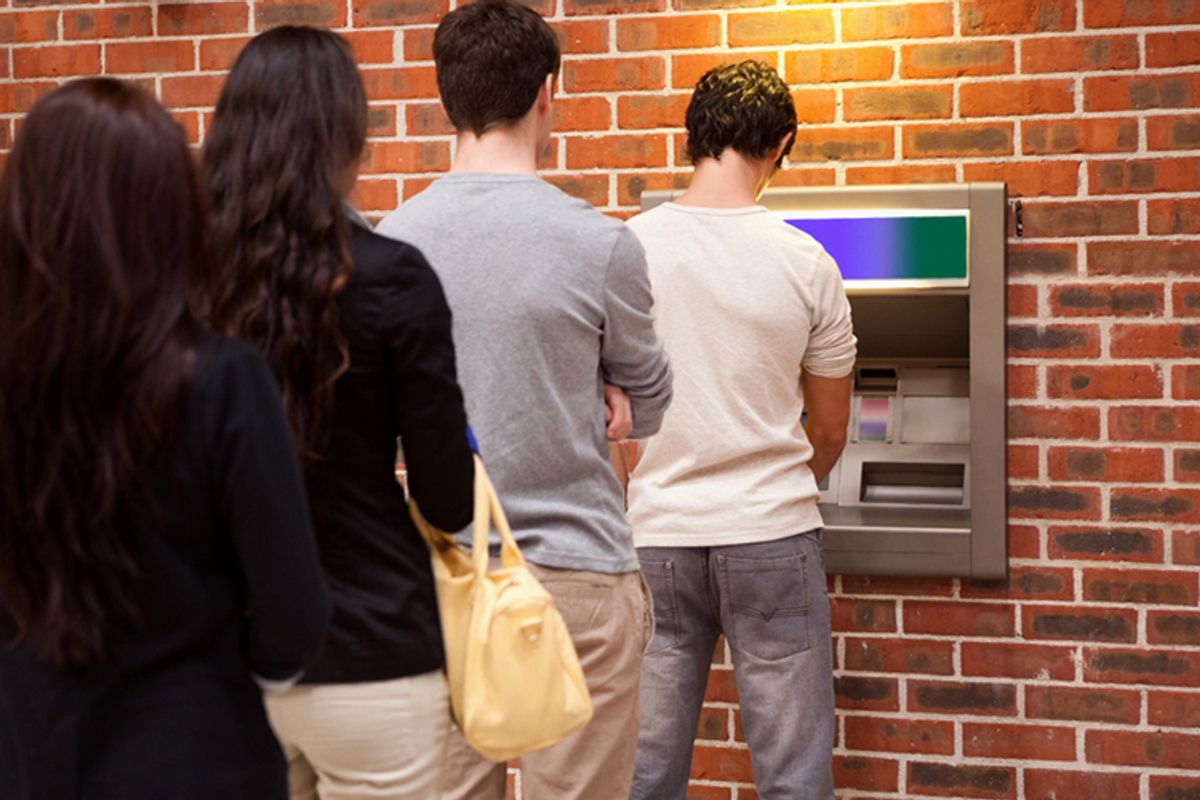 On Oct. 9, Kristen Christian, a 27-year-old art gallery owner in Los Angeles, created a Facebook page urging her friends to move their money out of the big banks on Nov. 5. The suggestion hit a nerve. By Nov. 4, 77,015 "friends" had declared their intention to "attend" Bank Transfer Day.

That doesn't necessarily mean that 77,015 people will be pulling all their money out of the likes of Chase, Citibank, Wells Fargo and Bank of America all at once. Saturday is hardly an ideal day to get banking business done, and the process of switching over one's account to a new bank or credit union is not something that can be accomplished -- yet -- with a flip of a switch. (Detailed advice on how to change your banking account can be found here.) And of course, clicking your intent to do something on Facebook is a far cry from actually, well, doing it.

It's also not clear that the big banks will take a big hit from Bank Transfer Day. The usually sensible economics commentator Felix Salmon goes so far as to assert that "the big banks are blithely unconcerned about people withdrawing their funds on Saturday ... I’m not kidding myself that doing so is going to harm the big banks at all."

In purely numerical terms, Salmon might be right, but there's a larger sense in which he is almost surely wrong. The simple fact that one ordinary citizen using social media tools can start a grass fire of protest that captures massive media attention and connects hundreds of thousands of people to useful information is an encouraging sign of where our society is headed. Every single person who actually goes ahead with a switch of banks is casting a potent vote in the long-range democratization of finance. Even if the banks shrug it off, people who go ahead and change their bank will probably feel better about themselves. Just because it’s a psychotherapeutic cliché doesn't mean it's wrong: Taking action is empowering.

And something is clearly happening here. According to a press release from the Credit Union National Association, "at least 650,000 consumers across the nation have joined credit unions in the past four weeks."

CUNA estimates that credit unions have added $4.5 billion in new savings accounts. More than four in every five credit unions experiencing growth since Sept. 29 attributed the growth to consumer reaction to new fees imposed by banks, or a combination of consumer reactions to the new bank fees plus the social media-inspired Bank Transfer Day.

$4.5 billion here, $4.5 billion there, and pretty soon you are talking about real money, even for JPMorgan-Chase. In all of 2010, credit unions added only 600,000 new customers. But even more telling has been the decision by the big banks to abandon their plans to institute fees for debit-card use. Whatever the reasons for their capitulation, it's hard to describe that about-face as representing a "blithe disregard" for how their customers are feeling.

Tracing out the cause-and-effect connections here are tricky. Bank overreach, Occupy Wall Street and Bank Transfer Day are all feeding into and reinforcing each other. If Bank of America hadn't announced plans to charge a $5-a-month fee for debit card use and Occupy Wall Street hadn't pointed an accusing finger at the financial sector with such a powerful media-amplified voice, Kristen Christian's Bank Transfer Day might never have advanced beyond her own family and friends.

But now the genie is out of the bottle. Because it doesn't stop on Nov. 5. The movement to go local, go independent, and make sure that our money serves our own values rather than the bottom line of huge banks will only gain energy as word spreads, and small victories accumulate.

Oh, and in the time it took to write this post, another 200 people decided to attend Bank Transfer Day. Inch by inch ...