Best known in the U.S. for a "Grey's Anatomy" song, Faccini is a truly international voice 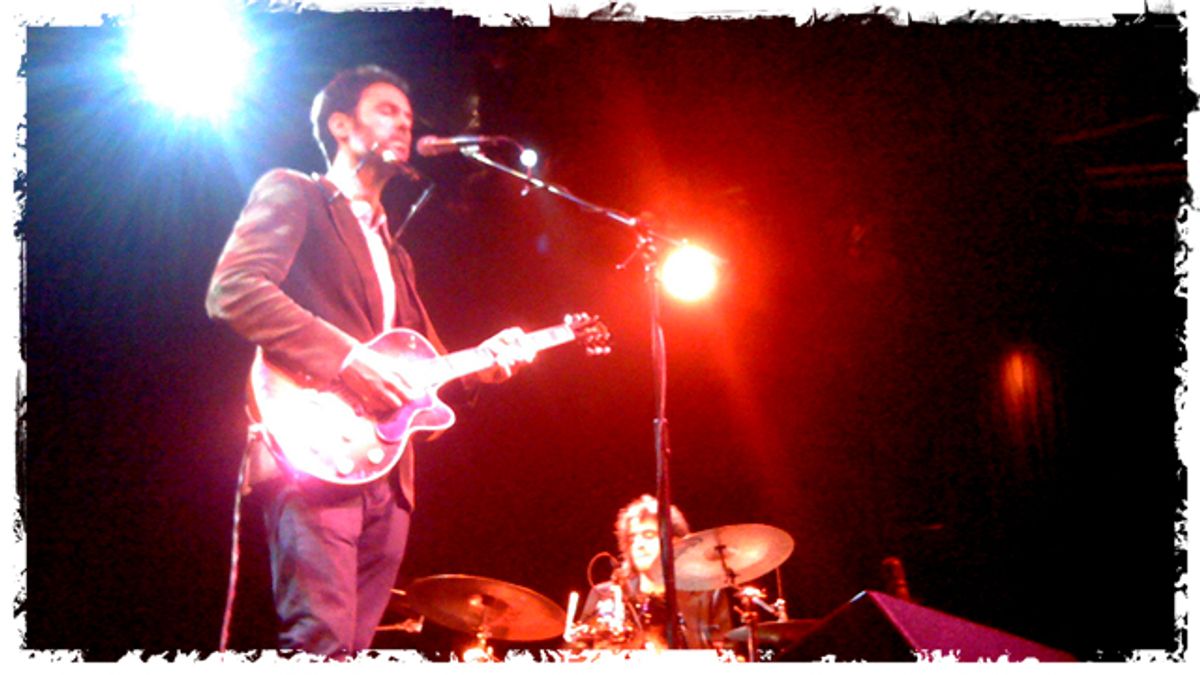 Mississippi and Mali. The Delta blues and the mesmerizing music of West Africa. Those are the sounds and spirits that struck Piers Faccini to the core, shaping his expressive, intimate songs. But with his Anglo-Italian heritage, you can also hear English folk songs and old Naples rhythms in his music, as well as lyrical debts to Sufi poetry.

We first met Piers when he wrote theme music for the pilot episode of our upcoming PBS series, "Sound Tracks." We’d heard his dark warning, “A Storm Is Going to Come,” on “Grey’s Anatomy” and we knew he’d toured with Ben Harper and Amadou and Mariam. For “Quick Hits,” he agreed to perform three songs and to talk about his new album, “My Wilderness.”

“No Reply” is the opening cut on Pier Faccini’s new album, “My Wilderness,” which he recorded at his home in southern France. It’s a soulful, haunting song. The despair is existential. The singer calls out to the darkness, seeking answers, and “in the silence I heard my reply and no one will ever know why.” The sense of being lost and alone is leavened by a beautiful melody and the rhythms of southern Italy provided by percussionist Simone Prattico.

Accompanied only by some jostling bells, Piers Faccini stands alone in a garden and delivers a kind of ancient chant, part spiritual, part stripped-down work song. It promises a new morning, a new life, but in a world where “all our words will soon be broken.” Like a monk chanting amid incense in an old European monastery, Faccini invokes biblical images of “seven days, seven nights, seven years, seven lives.” His singing at the end seems to echo a Muslim call to prayer.

“Two Grains of Sand” is the title track from Piers Faccini’s previous album released in 2009. As you’ll see in this acoustic guitar solo performance, it’s a sad, intimate, philosophical song with an oblique story of jealousy and violence. There’s “a murder buried under autumn leaves” and a plaintive cry: “How can we turn to violence and burn/ Forget all we've learned/ to darkness return.” But as with many of Faccini’s songs, the dark lyric is wrapped in a graceful melody, this time with traces of the Beatles at their most wistful.

On tour in San Francisco, Piers Faccini settles into an old Victorian home and talks to "Sound Tracks" reporter Mirissa Neff about his Roma gypsy great-grandmother, his early infatuation with the Smiths, and the profound influence that the Delta blues and West African music have had on his songwriting and musical style. He pays special homage to bluesman Skip James, whose songs were rediscovered by '60s rockers like Cream, and to the great, mournful singer from Mali, Boubacar Traoré.

Faccini also talks about his feeling of never quite fitting in, his penchant for melancholy music (“It makes me happy!”), and his song “Tribe,” which has an epic sweep, with mighty powers collapsing, people fleeing across deserts, and a kind of bluesy, gospel chorus pleading for release: “How long?”