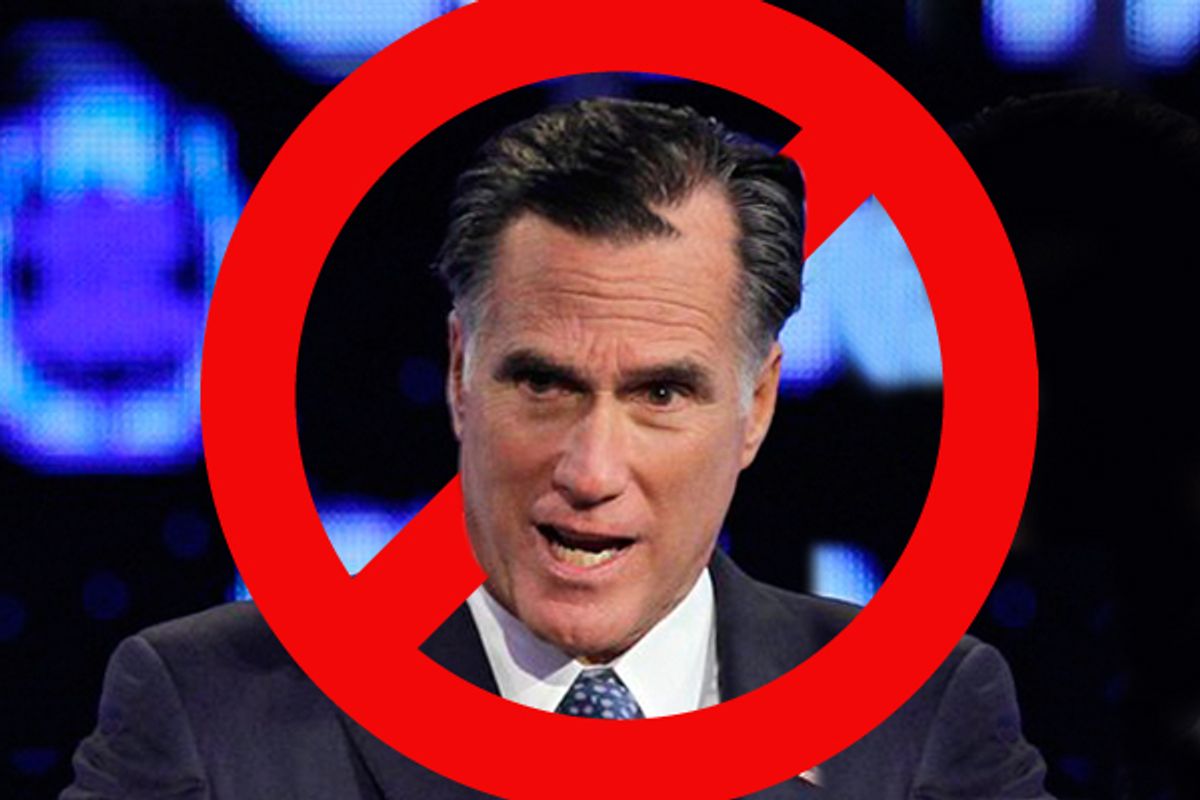 If the people behind "Not Mitt Romney" actually cared about electing someone other than Mitt Romney, shouldn't they actually be devoting their time and resources to campaigning for a non-Mitt Romney candidate? Because otherwise, all their campaign does is reinforce the message that while Mitt Romney is flawed, he has no credible competition.

The "Not Mitt Romney" coalition -- really just a glorified petition with some Web-only "ads" -- was started by Ali Akbar, a conservative P.R. pro with experience in "blogger relations" for conservative candidates, John Hawkins, a right-wing blogger, and Matt Mackowiak, a prominent conservative P.R. flack.

So these are a bunch of right-wing media professionals who know how to generate a lot of press, but all the press attention in the world doesn't change the fact that a "don't vote for Mitt Romney" campaign is only effective if there's someone you can vote for.

This is the same problem George Will's "I hate Mitt Romney" column had: If George Will really doesn't want Mitt Romney to be the nominee, he needs to choose someone else to support.