Some plans for addressing American debt 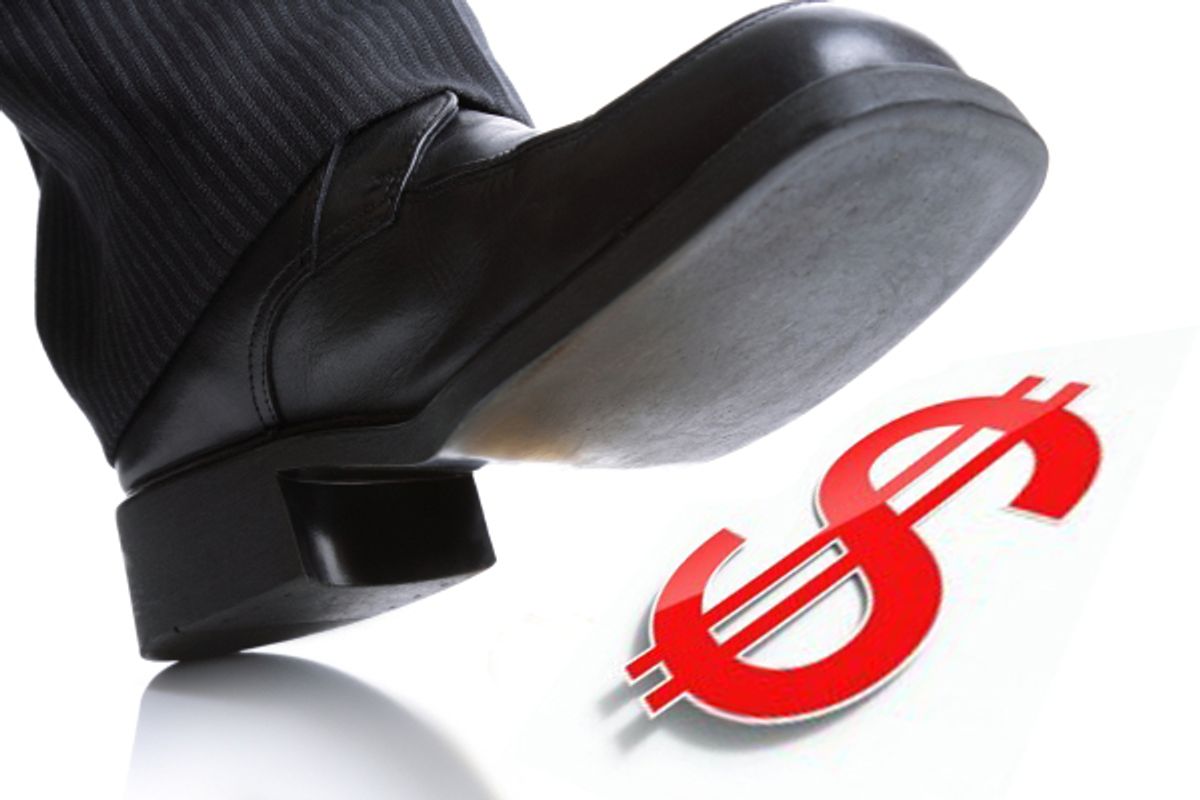 Something has to be done about the debt. Household debt is currently at 90 percent of GDP and unless the powers that be do something to help people out, calls for mass forgiveness will only grow stronger.

Help still isn't on the way, but I did see a couple of proposals worth highlighting today to actually do something concrete to help people who are struggling.

First, Mike Konczal wrote about student loan debt. A very brief history: Every single law Congress has passed regarding student loans since the federal program was introduced in 1965 has benefited lenders and made repayment or bankruptcy harder for borrowers. In addition to being unfair, this seems perhaps like bad policy, unless we really think it's best for college graduates to spend their first decade (or decades) in the workforce sending substantial portions of their income to private lenders.

Mike Konczal's plan is very simple: Just roll back the laws to what they were before 1990. Then, student loans are dischargable in bankruptcy after five years, instead of never.

We are left with a very pressing problem, of course: those who currently suffer under massive student loan debt in the midst of a depressed job market, which is a lot of people. (I still like mass debt forgiveness, but that's most likely politically impossible.)

That's addressed by the second part of Konczal's plan, which is clever: Give citizens the same break we gave major investment banks, which in 2008 were allowed to convert into bank holding companies in order to take advantage of access to the Fed "discount window":

Why not also do a “deathbed conversion” on those who are suffering under the burden of heavy student debts and low incomes and let them immediately refinance all their student loan rates at the current ultra-low discount window rate? Mass refinance all student loans into the current low rates the financial sector enjoys. This would give the 99% of Americans just a hint of the kind of total government support places like Goldman Sachs have gotten.

In the long term, American higher education (at public schools, at the very least) should be priced as affordably as it is in most of Western Europe, which would require greater public subsidies, but there are warplanes to build and estate taxes to eliminate, so I'm not holding my breath.

In his own-to-rent proposal, banks rent foreclosed properties back to their original owners, allowing people to stay in their homes and pay market rates. "This keeps people in their homes, reduces foreclosure sales, stops houses being trashed when they’re foreclosed upon, and even maximizes the income stream from homes in default on their mortgages," Salmon says.

Of course, the idea has gone nowhere in Congress. But individuals have simply set up such plans on their own. Meanwhile, wealthy investor Greg Lippman is calling for principal reductions:

“Prominent economists from both the left and the right” are calling for more principal reductions, Lippmann wrote in the letter. Borrowers are 1.7 times more likely to default again after a loan is reworked without cutting the balance, he said, citing a Deutsche Bank report last month.

If institutional investors want something, it is orders of magnitude more likely to happen than when regular people want it, so this is a good sign for Americans currently underwater on their homes.

The more we talk up plans to alleviate household debt, the more likely it is we'll eventually see something substantial from Congress and the White House.