Will there be a GOP sabotage backlash in '12? 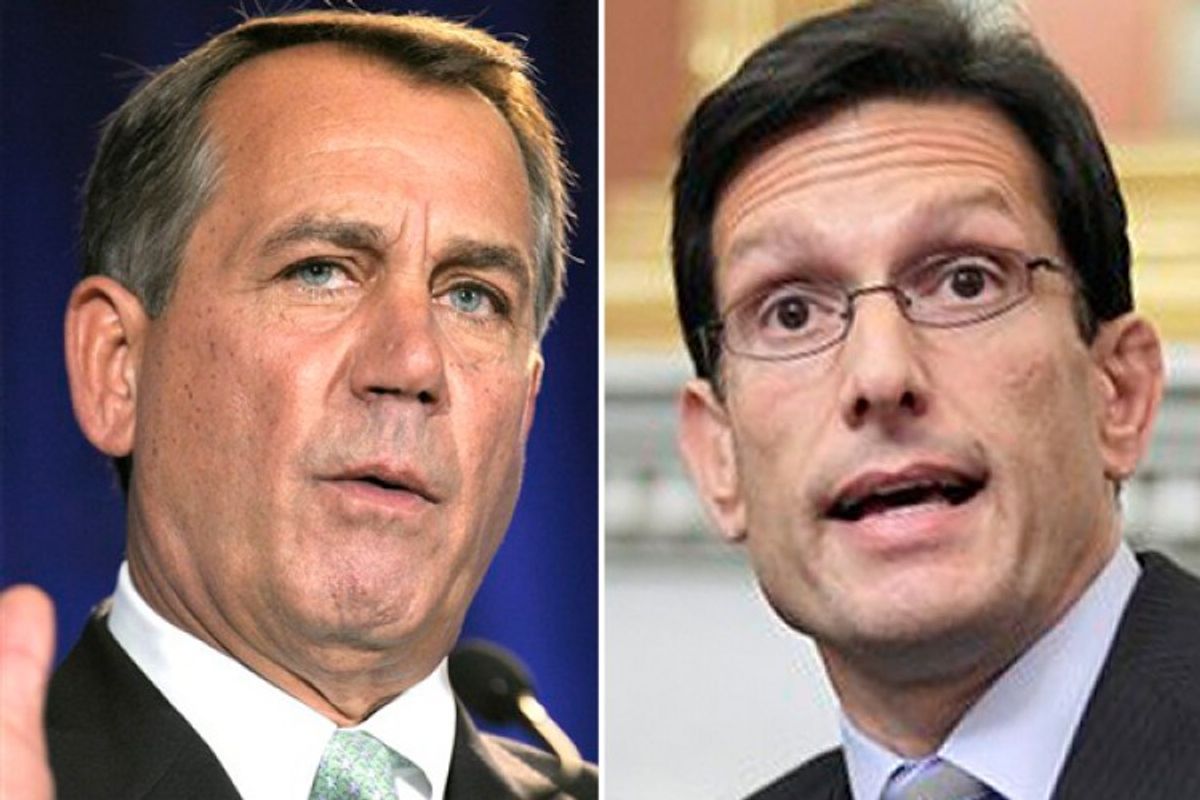 Greg Sargent keyed in this morning on a particular finding in a new poll from the Washington Post and ABC News:

Now the new Post poll has asked a question that comes very close to measuring this sentiment on a national level — and it finds that half of Americans think Republicans are blocking Obama’s good faith efforts to fix the economy for political reasons:

Which of the following statements comes closest to your point of view? Statement A: (President Obama is making a good faith effort to deal with the country’s economic problems, but the Republicans in Congress are playing politics by blocking his proposals and programs.) Or Statement B: (President Obama has not provided leadership on the economy, and he is just blaming the Republicans in Congress as an excuse for not doing his job.)

Obama has not provided leadership 44

As Sargent goes on to point out, while this judgment seems damning for Republicans, there's actually not much evidence elsewhere in the data that it's affecting voters' overall willingness to trust them on the economy, or to ultimately apply blame to Obama. I think this suggests a few possible interpretations: