Unlike his effete rival, he loved stock-carriage races and getting shot. Meet the first Real American 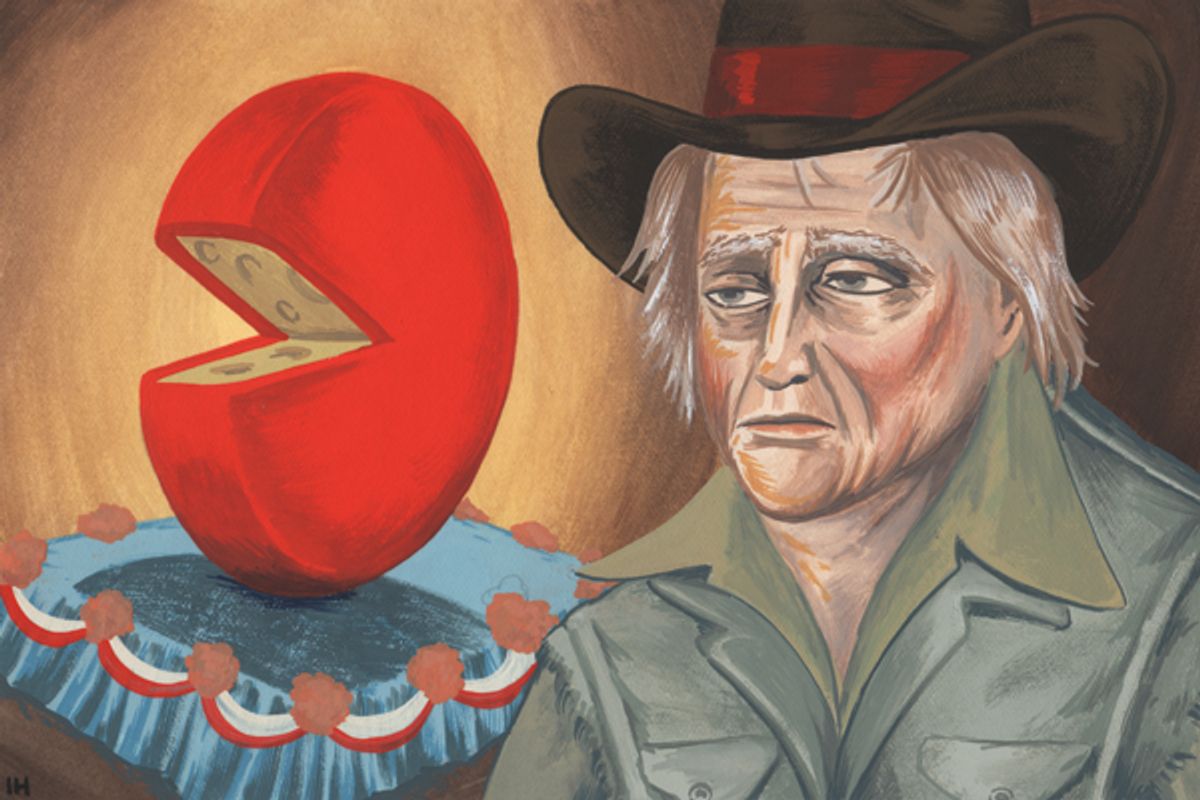 In celebration of election day, we're proud to present an excerpt from Salon's e-book, "A Tea People's History," by Alex Pareene. You can buy the full e-book for $2.99 on Amazon, Barnes & Noble and iTunes.

Andrew Jackson, nicknamed “Old Hickory” because he had a wooden leg, was a hero of the War of 1812. Where everyone else had been busy fighting the English and Canadians, Jackson wisely spent the war battling Indians, who had been planning to use the distraction of the war to continue existing on land that rightfully belonged to citizens of the American Republic.

Jackson eventually won so many battles that the Spanish ceded Florida to the United States, which was amazing because the U.S. was not even at war with Spain and had not even particularly wanted Florida that much.

Jackson was wildly popular across the United States, and his supporters urged him to run for president. But the corrupt big-city elites wouldn’t let a regular guy like Jackson, who preferred simple domestic ale to fancy imported ale and enjoyed the occasional stock-carriage race, anywhere near the White House. In 1824, these elites conspired to deny Jackson the presidency through a shady backroom deal in the House of Representatives. But Jackson would not be denied. He spent the next four years organizing grass-roots events across the nation, where true patriots declared their intent to take their country back. At his famous 8/25 rally, he urged Americans to remember how they felt the day after the British burning of Washington, 10 years earlier, and said America should always be as it was on that day.

Jackson’s brilliance lay in his support for Democracy. Jackson appealed to Real Americans -- middle-class and even poor white males, who knew, because Jackson told them, that all their problems were the fault of bankers, rich merchants and other elitists. These freedom lovers also knew that Jackson’s various opponents were all in the pocket of the National Bank, and these bankers wanted to give their jobs to freed slaves and possibly Indians.

Jackson’s opponent was President John Quincy Adams, an effete big city intellectual with a fancy degree, who wanted to spend taxpayer money on frivolous endeavours like “science” and so forth. Jackson, on the other hand, was full of bullets from getting shot all the time, and swore a lot, and had a parrot.

Jackson campaigned on commonsense solutions like cutting the deficit, ending the Bank, and killing more Indians, and voters turned out for him in droves. His inauguration was an awesome ‘80s teen movie-style party that everyone in America was invited to, and the rudeness of the revelers caused high society types to say “my word” shortly before they were thrown, fully clothed, into the swimming pool. Jackson was presented with a giant wheel of cheese, which he invited all Americans to come and eat. He was shot another time but still didn’t die. He killed more Indians and censored anti-slavery materials sent through the U.S. mail.

Jackson followed through on his No. 1 campaign promise, and ended the Second National Bank. It was widely known at the time that the Bank was responsible for the recent Great Panic, and was manipulating currency on behalf of the wealthy and connected. In addition, the bank was plainly unconstitutional. As Jackson wrote:

“But if [Congress] have other power to regulate the currency, it was conferred to be exercised by themselves, and not to be transferred to a corporation. If the bank be established for that purpose, with a charter unalterable without its consent, Congress have parted with their power for a term of years, during which the Constitution is a dead letter. It is neither necessary nor proper to transfer its legislative power to such a bank, and therefore unconstitutional. Swag me the fuck out.”

So Jackson vetoed the bank. Wrong-headed historians blame the following period of easy credit and rampant speculation followed by inflation, panic and lengthy depression on the bank veto and Jackson’s requirement that government land be purchased with gold instead of suddenly worthless currency, but all of that was actually Martin Van Buren’s fault.

After his presidency, Jackson went on to invent outlaw country music.

"A Tea People's History" is available for $2.99 on Amazon, Barnes & Noble and iTunes.