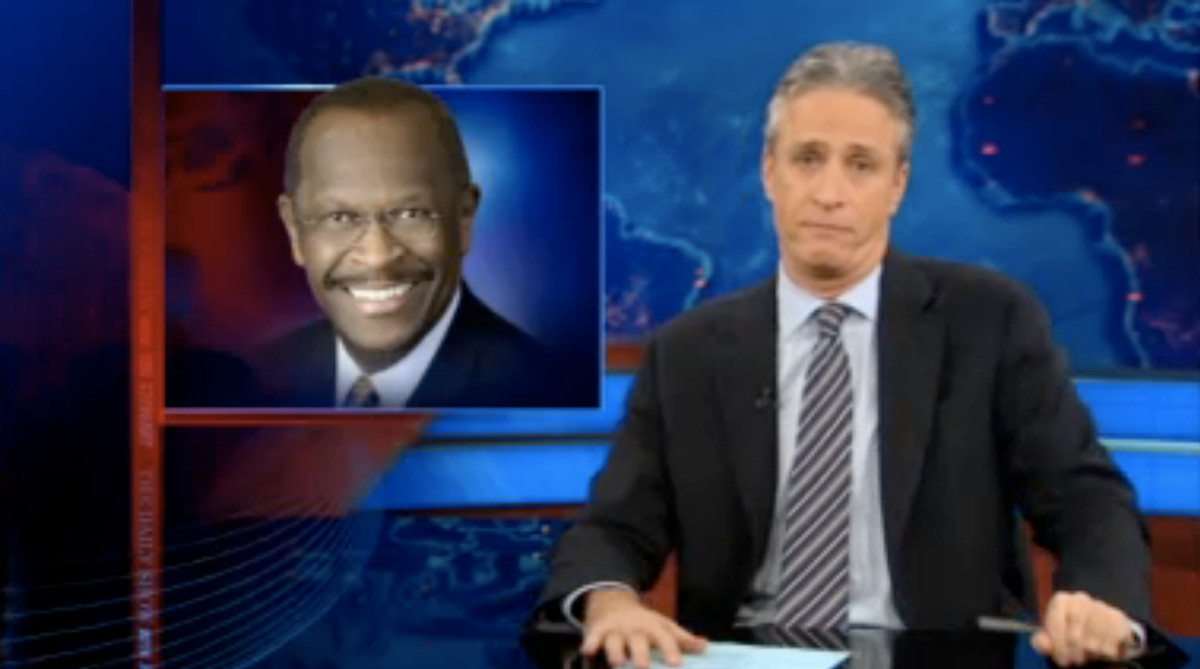 The Herman Cain saga escalated yesterday, as a woman named Sharon Bialek surfaced to level charges against the presidential candidate at once both more specific and serious than prior accusations. In response, Cain has employed a strategy not just of strongly denying sexual harassment allegations, but also of lambasting the mainstream media that continues to propagate them.

That tactic -- suggesting a liberal media conspiracy set on unjustly discrediting the candidate -- is one enthusiastically adopted by conservative pundits. The only problem, as "The Daily Show" pointed out last night, is that their arguments don't add up to a very convincing case.