In his new book and in a "60 Minutes" interview, the felon and former super-lobbyist poses as a changed man 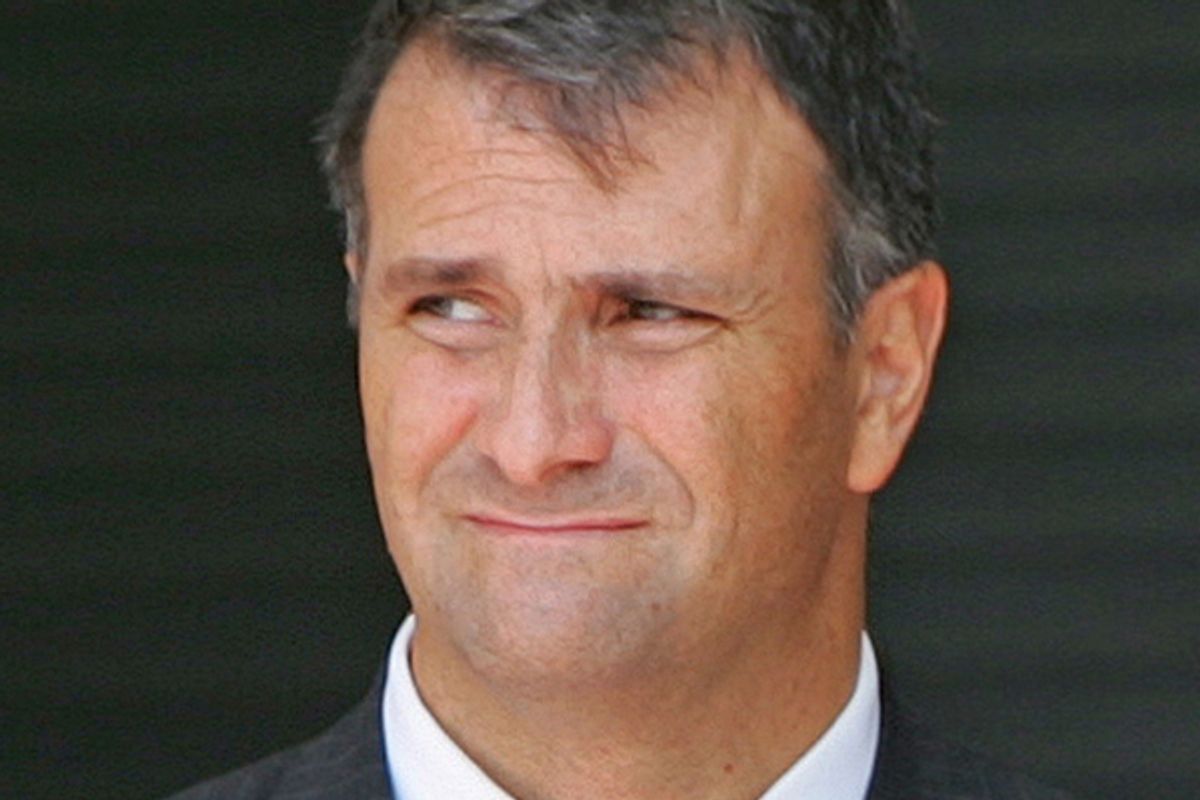 Jack Abramoff is back! He's selling a book, naturally. (The movie was already made, limiting his cashing-in opportunities.) To celebrate, "60 Minutes" had him on to look sort of contrite while nostalgically reminiscing over his time as Washington's top incredibly corrupt super-lobbyist.

Abramoff pleaded guilty to defrauding his lobbying clients through over-billing and double-dealing. He admitted to bribery and wire fraud. In his interview, Abramoff explained basically How He Did It, and it turns out that it's really not that hard to "bribe" a member of Congress. Offer their staffers jobs and give the members lots of gifts and campaign donations. Then you can write whatever you want into pending legislation, more or less.

Why it works is pretty simple too. Members of Congress are mostly rich, but they spend a lot of time with people who are really rich, so they need a constant influx of free shit like concert tickets and vacations in order to "keep up" with the people they actually respect and care about. The staffers of members of Congress, though, are almost entirely not rich, at all, and they, too, spend a lot of their time around people with money (most of them went to school with people who went on to make a lot of money), so bribing them with job offers is potentially even more effective. Representatives and senators rely on their staffs to tell them how to vote, and their overworked and underpaid staffs frequently rely on lobbyists.

"60 Minutes" tries its hardest to be tough on Abramoff, but it's impossible for a news outlet to give the guy this much airtime without basically enabling his rehabilitation effort. It certainly won't hurt his book sales.

As the great Dan Froomkin pretty clearly reveals in one of his posts on the book, Abramoff is still deceiving, trying to implicate Democrats in what was an almost exclusively Republican scandal, and absolving his allies and co-conspirators of responsibility while accusing those who exposed Abramoff's crimes of corruption. In his book, convicted criminal former Rep. Bob Ney is a naif led astray, while Byron Dorgan and Harry Reid knowingly took his dirty money.

Part of the new Abramoff scam is coming off as an earnest reformer, too. The whole system is corrupt, Abramoff says to "60 Minutes." In his book, he rails against the corruption of the people whom ... he worked very hard to corrupt:

"Most of these legislators had taken thousands of dollars from my clients and firms, and now they were sitting as impartial judges against me. Washington hypocrisy at its best," he writes. "Members swim in a swamp of corruption, and thrive in it, but they are able -- with a straight face no less -- to accuse others at will and sanctimoniously punish what they see as malfeasance."

"Everyone in Washington is a sanctimonious hypocrite" is a line that a lot of people will agree with. It has a bit more moral authority coming from literally anyone who isn't Jack Abramoff.

But jail time, according to Abramoff, changed him. Now he even has a lobbying reform proposal! It has one real idea (permantly end the "revolving door" between congressional offices and lobbying firms) and a bunch of nonsense and unrelated stuff (term limits, repeal the 17th Amendment). It's not a particularly serious attempt to deal with the issue of how money corrupts politics. (For that, try Lawrence Lessig?)

Washington forgives almost everyone, of course, no matter their crimes. Tucker Carlson is hosting Jack Abramoff's book party, and I'm sure Carlson thinks that's a delightfully wicked thing to do. (The book is published by the lunatic birthers of WorldNetDaily, the world's silliest and least respectable source of wholly made-up news, which is why I am not naming or linking to it. Google if you're curious.)

There's no reason we should take Abramoff the contrite reformer seriously. He was a pious moralizer when he was buying off legislators with golf trips and he's a pious moralizer now that he's been humbled by some time in jail and a lower standard of living. Let's not enable his comeback tour, lest he end up like Chuck Colson or something, permanently comfortably employed by the conservative pundit welfare system.