Why do we care about our ancestors? 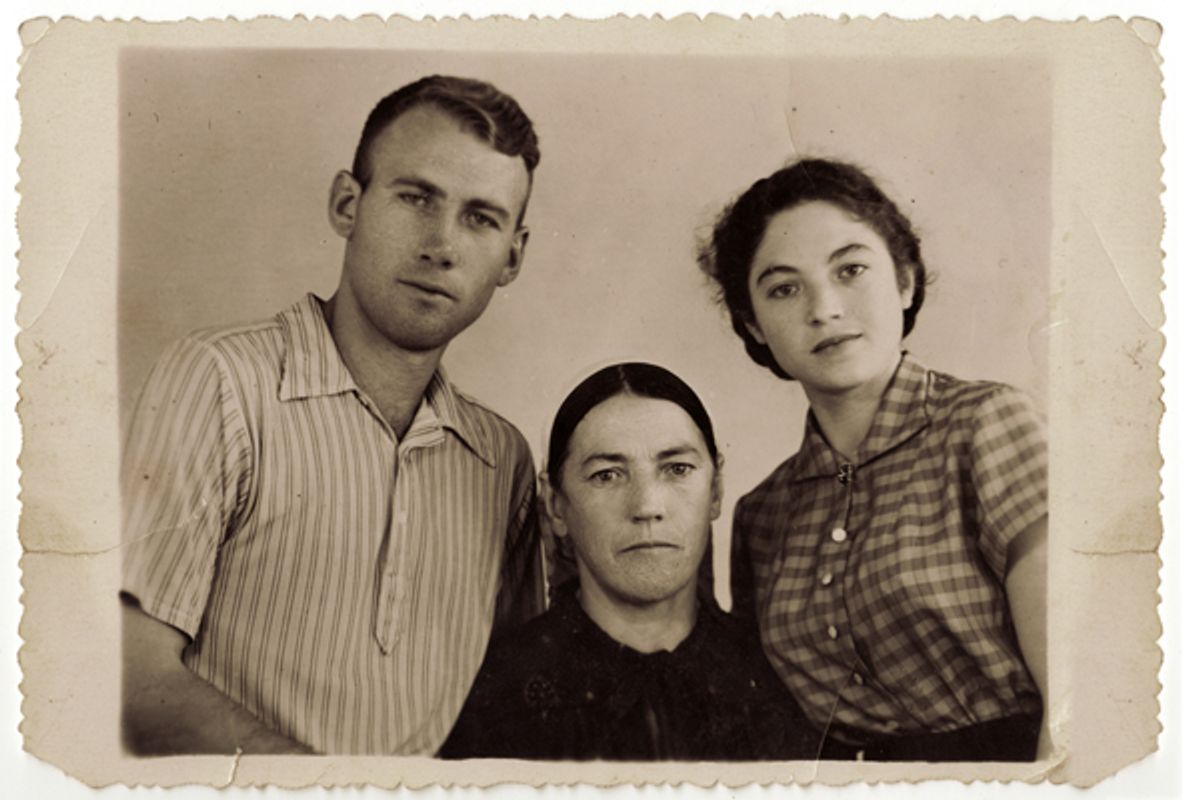 This article is an edited excerpt from the new book "Ancestors & Relatives," from Oxford University Press.

Why do we consider Barack Obama a black man with a white mother rather than a white man with a black father? What are the implications of knowing, as we now do, that chimpanzees are genetically closer to humans than they are to gorillas? Why did the Nazis believe that unions between Germans and Jews would produce Jews rather than Germans? Are sixth cousins still family?

In order to even address, let alone answer, such questions, we must first examine our unmistakably social visions of genealogical relatedness. What we need, in other words, is a sociological understanding of ancestry and descent.

As evident from the wide popularity of the television series "Who Do You Think You Are?" and the dozens of websites (such as Ancestry.com, Family Tree DNA, and FamilySearch) and software programs designed to help people construct their family trees and discover hitherto unknown ancestors and relatives, we certainly have a tremendous fascination with genealogy. Every day thousands of "root seekers" comb libraries, cemeteries, and the Internet in an effort to quench their seemingly insatiable "thirst for tracing lineages." Genealogy may indeed be "the second most popular American hobby after gardening and the second most visited category of Web sites after pornography."

Such deep obsession with ancestry ("progonoplexia") is by no means a distinctly modern fad. Indeed, it goes back thousands of years to Hesiod's Theogony and the Bible. Nor is it a peculiarly Western phenomenon, as evident from various forms of ancestor worship all over the world. Traditionally aristocratic, however, it is nevertheless becoming increasingly democratized. Over the past several decades, the range of Americans exhibiting interest in genealogy, for example, has clearly expanded "from those claiming descent from the Mayflower or from Southern aristocrats, to include the descendants of African slaves and immigrants." Our current fascination with genealogy has also been getting a tremendous boost from the growing popularity of genetic ancestry testing.

Not only does genetics enhance our awareness of hereditary disease risk as well as the ability to reconstruct national histories and establish paternity, it has also prompted the rise of recreational genomics. Dozens of companies now offer genetic ancestry tests that allow us to measure our genealogical proximity to distant relatives, define ourselves ethnoracially in terms of fractional, seemingly precise amounts of Europeanness, Africanness, and Asianness, as well as trace the Paleolithic ancestor or ancestress from whom we supposedly descend. Indeed, genetics can now essentially "demolish or affirm a family's most cherished beliefs and stories with just a bit of saliva and a cotton swab."

As manifested in identity labels such as "an Italian American" or "a Kennedy," despite the modern meritocratic rise of the self-made individual, who we are still depends at least partly on whom we descend from. Thus, throughout the Muslim world, for example, descendants of the Prophet still bear the honorific title sayyid or sharif. By the same token, in the United States, a so-called Indian blood quantum formally indicating a person's degree of Indianness in terms of a fractional amount of Native American ancestry still constitutes the official basis for federal recognition as an "Indian" as well as the main criterion of membership in particular Native American tribal nations. This is the context within which a person is officially defined as being "seven thirty-seconds Cherokee, two thirty-seconds Kiowa, and two thirty-seconds Choctaw," and words like pureblood, mixed-blood, full-blood, and half-breed are still commonly used as nounlike identifying labels.

Furthermore, our ancestral background affects not only how others see us but even how we experience ourselves. Indeed, knowing who our ancestors were is fundamental to our sense of who we are. Consider, for example, the way PBS describes its four-part television mini-series "African American Lives 2":

Indeed, after undergoing a genetic test to learn more about his African ancestry, a deeply moved Don Cheadle tells Gates: "You start feeling more grounded when you can reach back and go ... 'This is who I am all the way back.'"

By the same token, given the long history of human migrations, we often feel nostalgic about the long-lost time "when place, identity, culture and ancestry coincided." "Standing on the land that ancestors knew" can thus

produc[e] a sense of genealogical connection that is sometimes explained ... as an inexpressible sense of spiritual affinity, and often experienced bodily in "shivers down the spine" and "goosebumps." ... [It] is often imagined as a shared physical experience that links ancestors to their descendants across time.

That explains diasporas' attachment to their ancestral homelands, as manifested in African Americans' special feelings toward Africa, Jews' deep historical ties to the land of Israel, and the "homecoming" journeys (that is, genealogical or "roots" tourism) of Americans, Canadians, and Australians of Irish and Scottish descent to Ireland and Scotland.

Cheadle's comment about feeling more grounded, of course, also underscores the tragic plight of most American descendants of African slaves, who know so little about their ancestral past. When trying to trace their ancestors, they usually hit a "genealogical brick wall," as their African ancestral lines "[run] into dead ends in that mysteriously dark mausoleum called slavery." No wonder so many African Americans opt to undergo genetic ancestry testing.

Their predicament also resembles that of children of anonymous sperm donors, who have no genealogical context within which to "make sense of themselves." People who experience such "genealogical void" often have serious identity problems, since "our psychological integrity depends very much upon ... the extent to which we feel linked to our genealogical roots."

Like having no navel, the very embodiment of our genealogical embeddedness, lacking a sense of ancestry is tantamount to being "cast out upon [a] sea of kinless oblivion." That explains why striking a person's name from his or her family's genealogical records used to be one of the most dreaded punishments in China. It also explains the identity crisis often prompted by the realization that one was actually adopted, and the quest of many adoptees to find their "real" parents. Being cut off from their ancestral past, they often experience genealogical "bewilderment" and deprivation leading to the deep sense of existential vacuum captured in the following testimonies:

I don't feel I know who I am. ... [T]he fact that you don't know who you are stays with you for life. ... I still feel I have no identity. I don't think anybody can appreciate it when they have not experienced this vacuum.

I stand before the mirror and ask, "Who am I?"

As exemplified by a book actually subtitled "A Quest for Wholeness" that portrays children who have been separated from their "natural clan" as having a major part of their identity missing, no wonder adoptees are sometimes considered somehow incomplete.

Yet even children who were not adopted sometimes wonder if they may have been switched mistakenly with someone else at birth, very much like children of anonymous sperm donors who fantasize that their father is a celebrity or people who insist against all evidence that there must be "some Jewish blood" running in their family. Many African Americans likewise fantasize about having "some Indian blood" in their veins, as famously evidenced by Zora Neale Hurston's quip about being "the only Negro in the United States whose grandfather ... was not an Indian chief." As historian Claudio Saunt explains, "If you are a slave or an African American living in Jim Crow America, who wouldn't want to be associated with someone like Crazy Horse or Geronimo?" And comedian Chris Rock, implicitly invoking the widespread rape of African slaves by their white owners, adds: "It's easier to say 'We got a little Indian in us' than say 'We got raped a few times' ... It sounds much better. Goes down a lot smoother." It is the tremendous psychological appeal of such "genealogical fantasies" that has arguably made Hans Christian Andersen's little children's story "The Ugly Duckling" such a classic.

New revelations about our ancestors' identity may even change the way we see ourselves. (Such revelations, claims Sarah Jessica Parker, "changed everything about who I thought I was. Everything.") And while they often entail some pleasant surprises, they may also lead to great disappointments, as did the genetic ancestry test that ended Oprah Winfrey's fantasy about her Zulu origins. Some geneticists, in fact, even recommend that persons undergoing such testing be provided with access to identity counseling.

Such "genealogical epiphanies" also affect the way we experience newly revealed "genealogical others." Particularly disorienting in this regard are newly revealed parents and offspring, as so evocatively captured, for example, by Sophocles in "Oedipus the King" and Marcel Pagnol in "Manon of the Springs." But as one is reminded by the song "Shame and Scandal in the Family," which includes lines such as "You can't marry this girl. I have to say no. This girl is your sister, but your mama don't know" (later rebutted, however, with "Your daddy ain't your daddy, but your daddy don't know"), so, for that matter, are newly revealed siblings. After all, we are genealogically connected not only to our parents and grandparents but also to our siblings and cousins. In fact, the very same ties that connect us to our ancestors also connect us to our relatives, with whom we share them, and the extent to which we are related to those "relatives" is indeed a function of our mutual distance from the common ancestors from whom we co-descend. The more recent those ancestors, the "closer" we are.

Theorizing relatedness in genealogical terms need not be confined, however, strictly to human ties. After all, as Charles Darwin first realized, the entire natural system is actually "founded on descent" and is thereby "genealogical in its arrangement." Genealogical connectedness is, in fact, "the linchpin of evolution," which is "first and foremost a genealogical process."

Indeed, long before we even knew about organic evolution (or about genetics, for that matter), we were already envisioning our genealogical ties to our ancestors as well as relatives in terms of blood, thereby making them seem more natural. As a result, we also tend to regard the essentially genealogical communities that are based on them (families, ethnic groups) as natural, organically delineated communities.

Yet nature is only one component of our genealogical landscape. Culture, too, plays a critical role in the way we theorize as well as measure genealogical relatedness. Not only is the unmistakably social logic of reckoning such relatedness quite distinct from the biological reality it supposedly reflects, it oft en overrides it, as when certain ancestors obviously count more than others in the way we determine kinship and ethnicity. Relatedness, therefore, is not a biological given but a social construct. Not only are genealogies more than mere reflections of nature, they are also more than mere records of history. Rather than simply passively documenting who our ancestors were, they are the narratives we construct to actually make them our ancestors.

As such, they often entail deliberate manipulations as well as actual distortions of the historical realities they supposedly document. By selectively highlighting certain ancestors (and therefore also our ties to other individuals or groups presumably descending from them) while ignoring, downplaying, or even outright suppressing others, for example, we tactically expand and collapse genealogies to accommodate personal as well as collective strategic agendas of inclusion and exclusion. The way we construct genealogies thus tells us as much about the present as it does about the past.

Eviatar Zerubavel is Board of Governors Professor of Sociology at Rutgers University. He is the author of numerous books, most recently "The Elephant in the Room: Silence and Denial in Everyday Life" and "Time Maps: Collective Memory and the Social Shape of the Past."