Is the media reporting on the Penn State scandal to hurt conservatives? One insane person thinks so 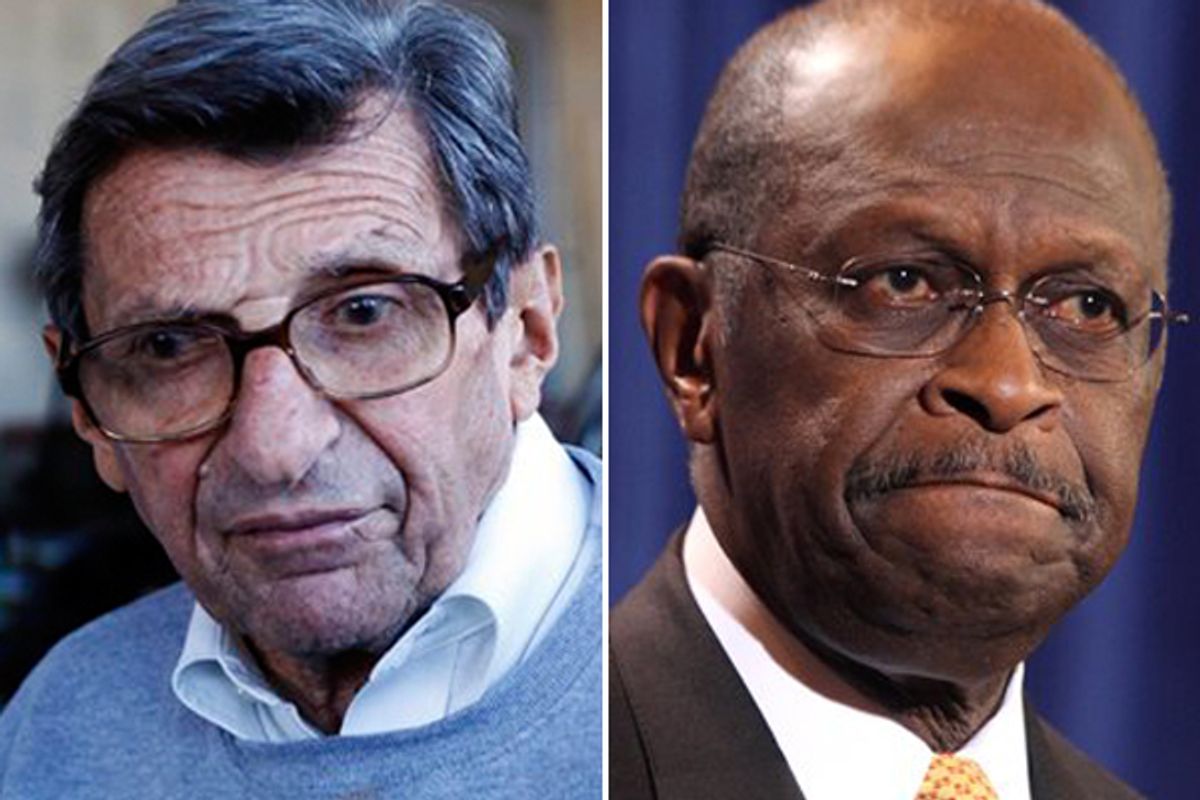 In the midst of an otherwise routine post celebrating Ohio voters' decision to symbolically demonstrate their disapproval of a healthcare reform rule that has yet to go into effect and bemoaning the media's conspiracy of silence on said decision, RedState diarist Dan Perrin makes this totally sane and reasonable observation:

So, this morning, were the lead stories on television that Nancy Pelosi, whose belittling and famous “Are you serious? Are you serious?” response to being asked about the challenge to the ObamaCare individual mandate, was the perfect illustration of her radical and out-of-touch mental state — and that she is as out of touch as former President Bush was when he expressed amazement at grocery store price scanners?

Uh, no. (The media’s obsession with the Penn State sex scandal can be explained by the fact they think it will hurt Herman Cain.)

Emphasis very much mine, because, wow.

Give Perrin the Nobel for his amazing work advancing the unified theory of liberal media bias. It turns out that the press only cares about the sexual assault of children by a prominent figure at a major college football program because that sexual assault can be used to somehow injure a conservative politician.

Erick Erickson, RedState's proprietor and a paid CNN political analyst, promoted this diary to the front page of his site.