Billy Crystal tweets that he will host Oscars 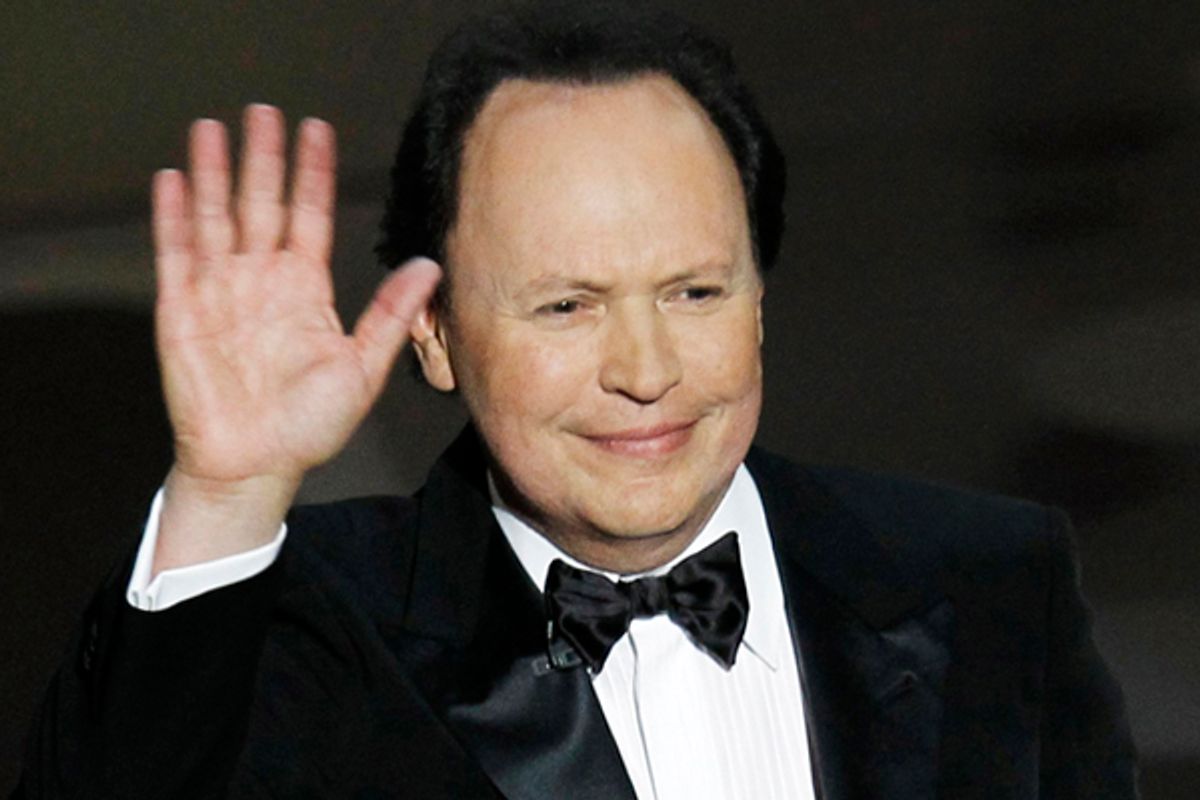 It looks like culture commentators can stop speculating about who might replace Eddie Murphy as host of the Oscars in 2012: Billy Crystal has indicated via Twitter that he'll be taking up his familiar position center stage.

Around 4:30 pm EST on Thursday, Crystal informed his Twitter followers: "Am doing the Oscars so the young woman in the pharmacy will stop asking my name when I pick up my prescriptions. Looking forward to the show."

Crystal has hosted nine Oscar ceremonies in the past -- more than any other host except for Bob Hope.

The news comes only a day after Eddie Murphy, who was originally tapped to host the ceremony, extricated himself from the sticky situation surrounding Brett Ratner's resignation as Oscar producer.