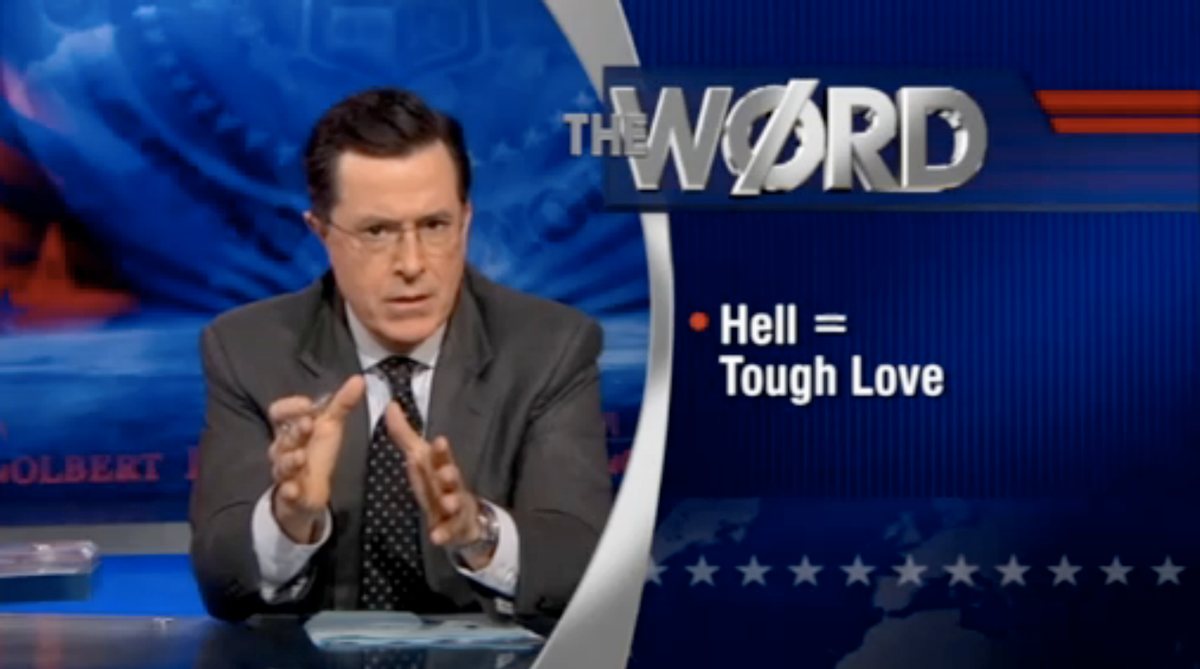 Tuesday was, by and large, a successful day for progressive causes. That doesn't mean it was without it's setbacks, though. In Michigan, the State Senate passed a new anti-bullying bill-- Matt's Safe School Law, named after a gay teen who committed suicide following bullying in 2002 -- that might have marked an important moment for Michigan education. Ultimately, however, conservative groups successfully lobbied to write into the bill an exemption for bullying done out of "sincerely held religious belief[s] or moral conviction[s]" -- in effect providing legal language to justify the very sort of behavior the law was intended to prevent in the first place.

On his program last night, Stephen Colbert dissected the logic of the Senate Republicans who passed the legislation. As it turns out, "bullying is just fine as long as you get a permission slip from God."