Yes, it is Wall Street's fault 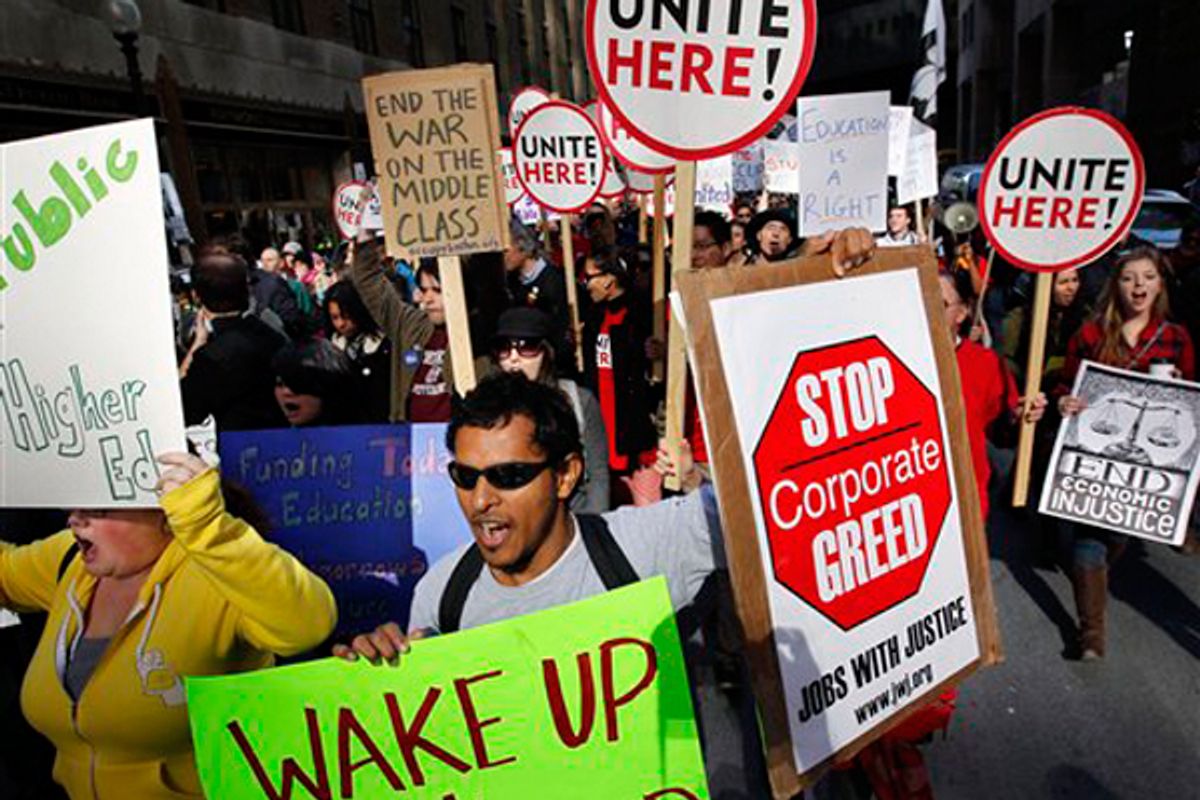 So here’s my question: If the Community Reinvestment Act of 1977 effectively caused the Wall Street meltdown of 2007 by forcing banks to make bad home loans to improvident poor people (and we all know exactly who I mean), how come it took 30 years for the housing bubble to burst?

Next question: If fuzzy-thinking Democratic do-gooders enacted such laws in defiance of common sense and sound economics, why didn’t Republican Presidents Reagan, Bush I or Bush II do something? Was Rep. Barney Frank, D-Mass., secretly running the country?

Exactly how did the wealthiest and most powerful individuals in the United States -- the investment bankers and corporate execs who host the $1,000-a-plate fundraisers, scoop up the Cabinet appointments and ambassadorships, and party down at White House galas -- end up having less power over the U.S. economy than unskilled day laborers in Newark, N.J., or Oakland, Calif.?

Maybe some “resident scholar” at the American Enterprise Institute, or another of the comfortable Washington think tanks devoted to keeping Scrooge McDuck’s bullion pool topped-up, can teach us how things got so upside-down. Because under normal circumstances, the national motto is neither “e pluribus unum” nor “In God We Trust.”

Money was talking big-time last week. Clearly annoyed by the unkempt ragamuffins of Occupy Wall Street, New York’s dapper billionaire Mayor Michael Bloomberg delivered himself of a conspiracy theory so absurd that it had previously been confined to such dark corners of American life as the Rush Limbaugh and Sean Hannity programs and the Wall Street Journal editorial page.

"I hear your complaints," Bloomberg said. "Some of them are totally unfounded. It was not the banks that created the mortgage crisis. It was plain and simple, Congress who forced everybody to go and give mortgages to people who were on the cusp ... [T]hey were the ones who pushed Fannie and Freddie to make a bunch of loans that were imprudent, if you will ... And now we want to go vilify the banks because it's one target, it's easy to blame them and Congress certainly isn't going to blame themselves.”

Actually, “annoyed” is too mild to describe a sophisticated Wall Street player like Bloomberg resorting to so crude and poisonous a political lie. He can’t possibly believe it. For all its ragtag, hippie-dippie aspects, Occupy Wall Street must have people at Manhattan’s most elegant dinner parties running scared.

Here are some things Bloomberg certainly knows that make nonsense of this blame-the-victim tale:

First, there was no law forcing or even encouraging banks to make shaky loans. The Community Reinvestment Act merely required FDIC-insured institutions to apply the same standards to all borrowers -- i.e., no more “redlining.” It worked fine for many years.

Second, the law applied only to retail banks, never to Wall Street investment houses or mortgage companies like Countrywide that led the 2007 meltdown. As the housing bubble fully inflated in 2006, 84 percent of subprime mortgages were written by private, totally unregulated lenders.

Is this the place to mention that Fannie and Freddie, the quasi-governmental mortgage underwriting companies, don’t actually make loans -- as Bloomberg also surely knows? Did they buy worthless mortgage-backed securities along with other victimized investors? Yes, but too little and too late to have caused the crisis. Although far from pristine, they were more victims than perps.

“Bank A (let’s say it’s Goldman, Sachs) lends criminal enterprise B (let’s say it’s Countrywide) a billion dollars. Countrywide then ... creates a billion dollars of shoddy home loans, committing any and all kinds of fraud along the way in an effort to produce as many loans as quickly as possible, very often putting people who shouldn’t have gotten homes into homes, faking their income levels, their credit scores, etc.

“Goldman then buys back those loans from Countrywide, places them in an offshore trust, and chops them up into securities ... They then go out on the open market and sell those securities to various big customers -- pension funds, foreign trade unions, hedge funds, and so on."

And no, President George W. Bush, busy promoting what he called “the ownership society,” did nothing to restrain the action. Somebody named Bush discipline Wall Street? Get real. Even if he had, there wouldn’t have been anything a minority congressman like Barney Frank -- whose actual views are almost the opposite of how Limbaugh describes them -- could have done to stop him.

Then there are “resident scholars” like AEI’s Peter Wallison. Today, this guy composes tracts indicting government folly. In 2004, though, he wrote chiding federal bureaucrats for lagging behind the exciting new world of subprime lending. “Study after study,” he wrote, “has shown that Fannie Mae and Freddie Mac are failing to do even as much as banks and S&Ls in providing financing for affordable housing, including minority and low income housing.”