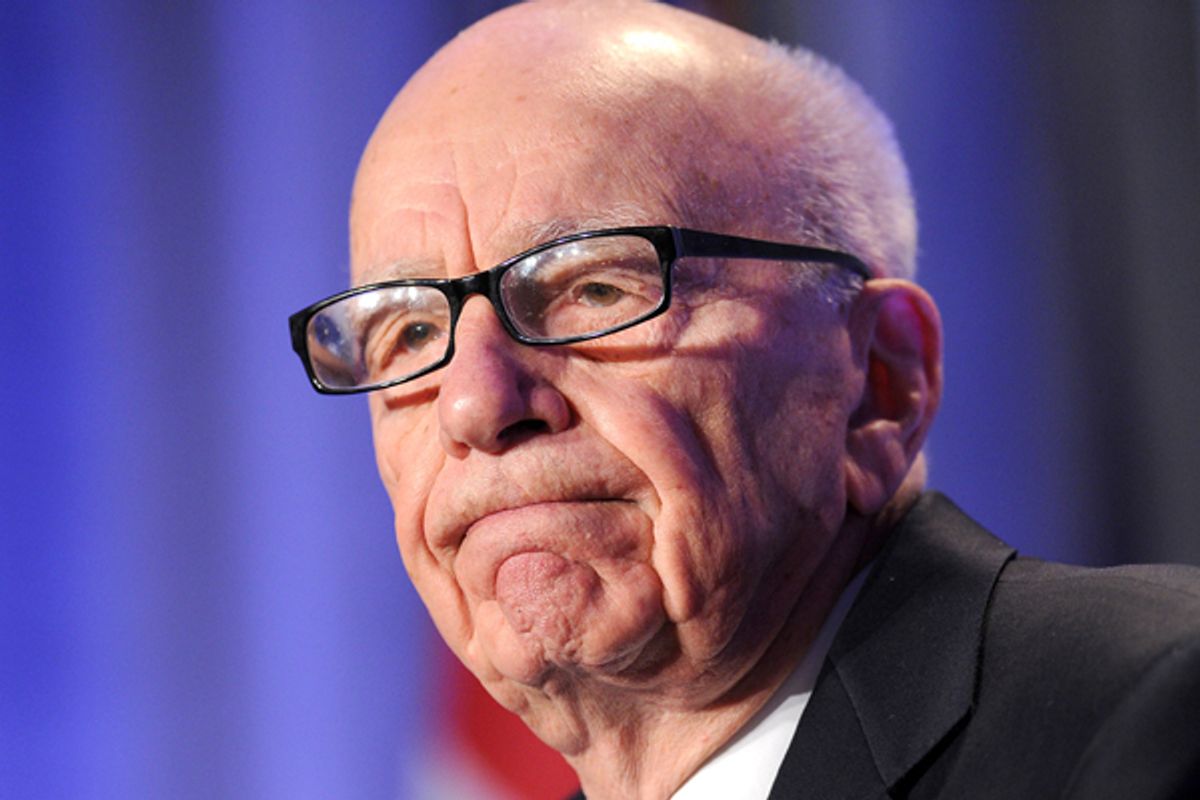 Quick update on the New York Post's total war on Occupy Wall Street: The Murdoch tabloid is now claiming that Occupy Wall Street demonstrators defaced the new 9/11 memorial, despite absolutely no evidence that anything of the sort happened.

Here's how the story, which was written by Philip Messing and Bob Fredericks and ran under the headline "NYPD sends elite detectives to Wall St. protests," begins:

Send in the cavalry!

The NYPD has moved three elite Manhattan homicide detectives and a deputy chief to the raucous Occupy Wall Street protest in response to a rash of sex attacks, thefts and vandalism -- including graffiti scrawled on the nearby 9/11 Memorial, The Post has learned.

The 9/11 memorial is just a few blocks from Zuccotti Park, the heart of the Occupy Wall Street, and this latest outrage is certainly in keeping with the Post's description of the park as "a sliver of madness, rife with sex attacks, robberies and vigilante justice."

But it's not until 11 paragraphs later, by which time most people have probably stopped reading, that the Post offers the full reveal:

The detectives, who began working cases at the park two weeks ago, are also investigating two acts of vandalism on the 9/11 Memorial.

In the first, a heart was etched near a name on the bronze memorial. Cops suspect the perpetrator may have been a family member of a victim.

And last week, a drawing of a skull was found on the memorial. Both marks were removed.

So there were two incidents of vandalism. In one case, by the Post's own admission, a 9/11 family member is suspected of being responsible. In the other, no one appears to know what happened. That's it. To link a crime like this to Occupy protesters without evidence is not only comically irresponsible journalism, it basically defines libel.

But the flimsiness of the story hasn't stopped the right-wing blogosphere from spreading it. TownHall.com headlines its post, "Classy: OWS defaces 9/11 memorial."

"They [the police] have reason to suspect that OWSers are behind the latter instance of vandalism," writes TownHall Web editor Kate Hicks, again without sourcing or evidence. This is how a meme is born.

I've called the spokesman for the 9/11 memorial to get an update on the vandalism cases, and I will update this post if I hear back.