Why didn't McQueary call the police? 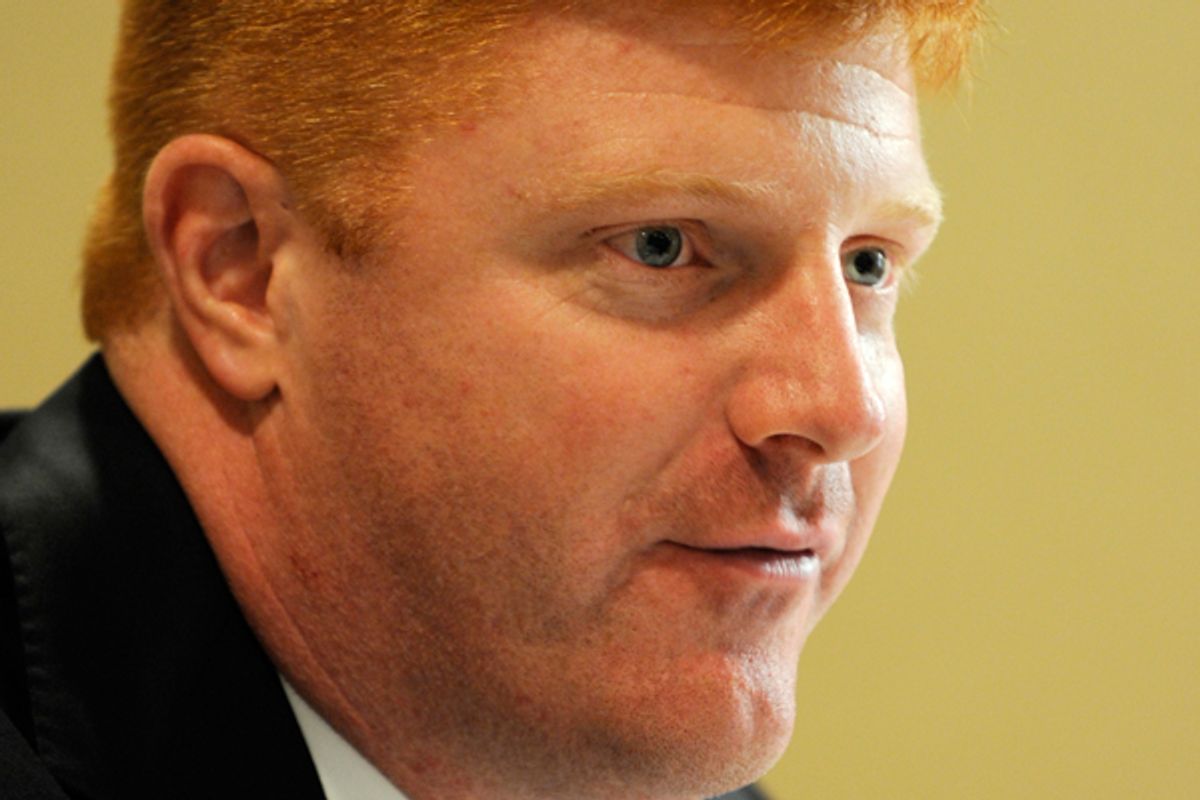 It's a question many are asking as more details emerge from the Penn State scandal: How could you see a child being sexually abused and not intervene?

As a 28-year-old grad student, assistant coach Mike McQueary, now on administrative leave, claims he witnessed Jerry Sandusky raping a 10-year-old boy in the locker room showers. McQueary immediately called his own father to tell him what he'd seen, according to the grand jury report, but waited until the next morning to notify coach Joe Paterno. Even given the powerful institutional hierarchy within the school's football program, which some have gone so far as to compare to the Catholic Church, most find it difficult to imagine standing by as a pre-pubescent boy is allegedly sodomized by a middle-aged man -- no matter who that man is.

But there is no shortage of criminal cases where witnesses' reactions, or lack thereof, seem baffling from the outside. The most infamous example is the 1964 rape and murder of Kitty Genovese, during which, according to popular legend, 38 neighbors listened to her cries for help and did not even call the cops. The story has been used in Psych 101 classes ever since as an example of the chilling "bystander effect," where people are less likely to help when there are others present because they figure someone else will. (The lesser-acknowledged truth is that the bystanders in the Genovese case were not nearly so apathetic as the lore suggests.)

In this case, though, we have a single witness who reported what he saw -- but belatedly and not to law enforcement. In an attempt to make better sense of his response, I went to Joan Tabachnick, author of the National Sexual Violence Resource Center's guide, "Engaging Bystanders in Sexual Violence Prevention," and a board member of the Association for the Treatment of Sexual Abusers.

In general, why might someone not intervene as they're witnessing a child being raped?

On some level, unless you actually experience it, it's very hard to understand. I would certainly hope everybody's reaction would be to jump in and do everything possible to stop it, but the reality is that 90 percent of child sexual abuse is never reported. So you have to put this in the context of the fact that most abuse isn't reported.

That this person didn't stay silent but called someone they trusted, their father, suggests that they were trying to understand what it was that they saw. There's also maybe some shame, like they felt like they didn't have the ability to stop the abuse or that because they first reacted to the horror and stepped away they have some self-blame.

They might not be quite sure what it means to make a report -- will they be doubted, will they ruin their own reputation or the reputation of somebody else? And what does it mean to the child, will they be taken away from their family or whatever opportunities and support that they have? Maybe the child who's being sexually abused is also getting physically abused at home and their only opportunity to get away from that is staying in this program.

It's hard to understand, but it's also very common and understandable when you put all those things into place.

In this particular case, there must have been the shock of seeing this powerful, respected figure engaged in such an act, right?

You see things like "Law and Order: Special Victims Unit" and they're these monsters, people who rape, murder and abduct strangers. So if the abuser is somebody you care about and respect, there's a cognitive dissonance: "Can they really be doing this monstrous thing when they're not a monster?" When I did some interviews with offenders in prison, I remember one minister saying that even when he was sexually abusing a child, he asked the child, "Is this good touch or bad touch?" and the child said, "Because it's you and you're a good man, it must be good touch."

I just recently wrote a piece called "A Reasoned Approach," which was funded though the Ms. Foundation. What we talked about is that because we have moved more and more toward monsterizing the offender, it's actually limiting our ability to prevent child sexual abuse. The more we make sex offenders into monsters, the less likely we are able to see behaviors in people we love that give us concern.

My first private assumption upon hearing the details of the timeline was that McQueary was worried about the ramifications reporting would have on him and his future career prospects -- but theoretically it could be that it took him time to understand this shocking image he was seeing?

I think anybody who would walk in and see their hero doing some monstrous act would have a hard time understanding just what was going on.

Do we know anything about witnesses in the Catholic Church sex abuse scandals, people who didn't come forward because of the tremendous power that was at play?

We don’t have any research on that, but just think about how long the sexual abuse was going on within the Catholic Church and how recently the scandals emerged. It really was only after there was a critical mass of victims willing to confront that hierarchy. It really is very hard within a place where there's a strong hierarchy for people to challenge that and to know what to do.

And because in our country there is such an incredible punitive response, you also know that by even making an accusation against somebody, you can ruin their reputation, and their life.