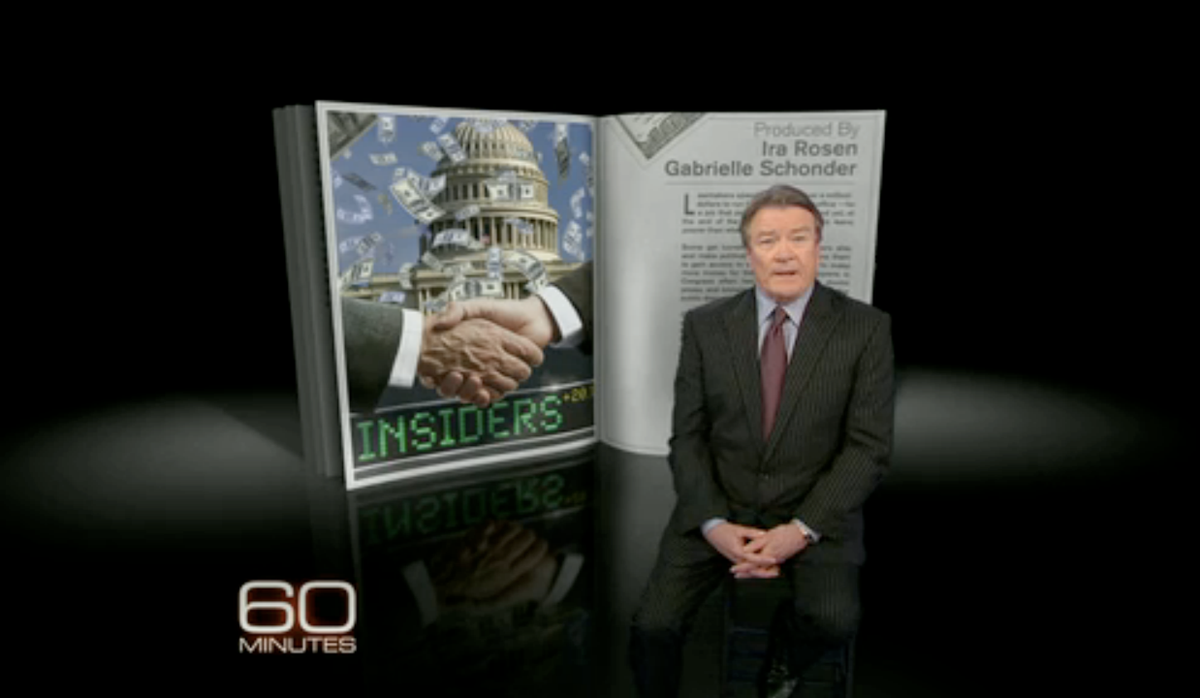 Questioning the integrity of congressional officials is something like a national pastime lately. Even still, reports that federal elected officials could be leveraging their positions to directly benefit themselves financially, and doing so legally, could come as a shock. But that's exactly what a "60 Minutes" report, which aired last evening, suggests.

The newsmagazine recently sent Steve Kroft down to Capitol Hill, where he investigated a phenomenon that looks curiously like insider trading -- yet appears to be within the bounds of the law -- in which members of Congress receive non-public information one day, and then make financial investments related to that knowledge the next. Conservative think-tanker Pete Schweizer, who has researched the subject at length, called the practice "honest graft."

"This is an opportunity to leverage your position in public service and use that position to enrich yourself, your friends, and your family," Schweizer told "60 Minutes" at the top of the report.

Among the elected officials put under the microscope were John Boehner, Nancy Pelosi and former Speaker Dennis Hastert, each of whom scored financial windfalls under questionable circumstances. In one particularly alarming instance, Congressman Spencer Bachus -- the ranking Republican on the House Financial Services Committee in 2008 (now it's chairman) -- bet against the market at the same time as he was receiving "apocalyptic briefings"on the state of the financial sector.

Check out the full report below: