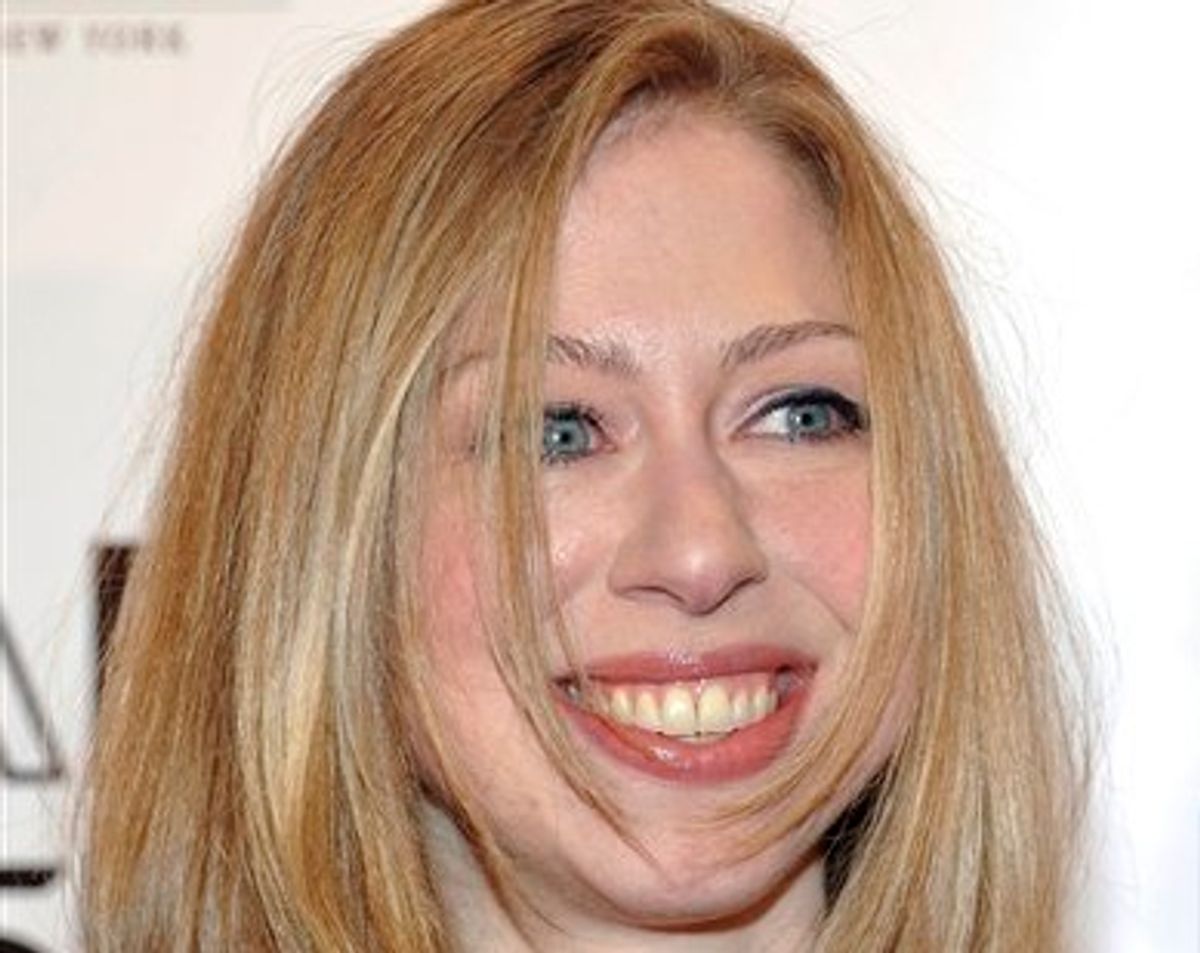 I really don't understand what those angry, lazy losers in the Occupy movement are so upset about. America is a meritocracy; if you work hard and prove your skills, you get ahead. The winners deserve what they have because they have earned it. And when all else fails, we have a media filled with insurgent outsiders who will be relentless watchdogs over those in power because that's what our media outlets are: true outsiders there to check the most powerful factions.

Even more encouragingly, we have a media that ensures that diverse views are heard; Chelsea Clinton previously worked at a $12 billion hedge fund and her former-Goldman-Sachs-banker husband earlier this year launched his own hedge fund with "two guys from Goldman," so she brings a depth and diversity of perspetive that is sorely lacking in our news (true, CNN boldly features Erin Burnett -- the former Goldman, Sachs employee and current fiancé of a top Citigroup executive -- but nothing can compete with Chelsea Clinton's rich, impressive journalism background).

Thankfully, the American Founders waged a revolution to free us from the shackles of monarchy so that we're no longer captive to the inanities of royalty (like those silly Brits). In The Rights of Man, Thomas Paine mocked and scorned aristocracies as producing "counterfeit nobles" -- those bestowed with prerogatives not because of what they've achieved but because of the accidental fortune of their birth -- and we are thankfully free of those:

UPDATE: With so many superb young journalists being hired by NBC News based on their record of outstanding achievement, it is -- I hope you will agree -- understandable that I neglected to include this, from earlier this month:

We all owe our gratitude to NBC News for single-handedly correcting the shameful, long-standing exclusion from our media discourse of the views of young, journalistically accomplished heirs and heiresses to political power and great fortune; it is long overdue that former NYT Executive Editor Bill Keller, son of the CEO and Chairman of Chevron, finally be joined by the next generation.