Fox host to address errors on his show Monday 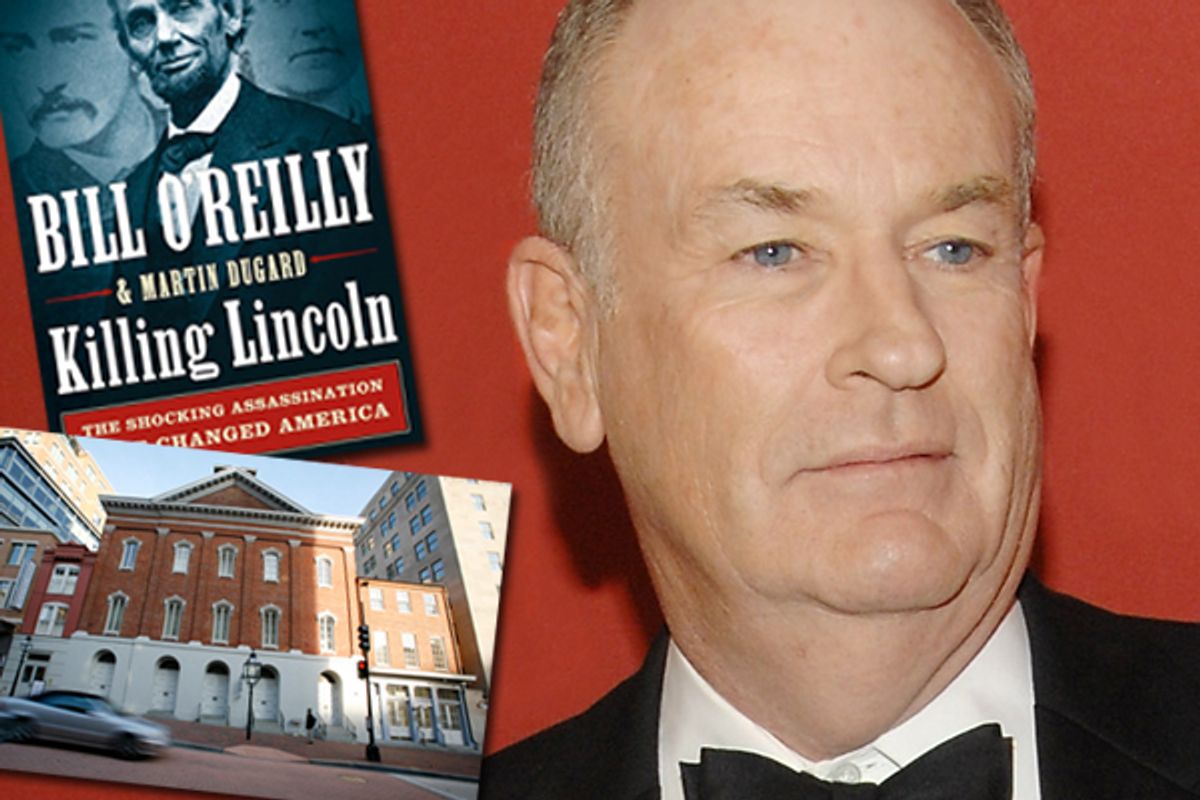 In response to the banning of Bill O'Reilly's new Lincoln assassination book at the official National Park Service bookstore at Ford's Theatre, a separate gift shop at the national historic site will be offering the book for sale, despite factual flaws.

As Salon first reported Friday, a National Park Service reviewer at Ford's trashed "Killing Lincoln" in a five-page assessment that outlined multiple errors of fact in the book. The reviewer recommended that the book not be sold in the official bookstore in the basement museum at Ford's "because of the lack of documentation and the factual errors within the publication." Another Lincoln expert found other inaccuracies in the book, which has been at the top of the New York Times bestseller list for weeks.

But a Ford's Theatre spokeswoman sent out a press release today announcing that a separate gift store in the lobby of the historic site will carry the book.

"While we understand the National Park Service's concerns about the book, we decided to let our visitors judge the book themselves," said Paul Tetreault, director of Ford's Theatre Society, according to the release.

Conspicuously silent in all this has been O'Reilly himself and publisher Henry Holt, which has not responded to repeated requests for comment.

The Fox News host told POLITICO that the attack on his book about President Abraham Lincoln’s assassination is “a concerted effort by people who don’t like me to diminish the book.”

O’Reilly said he was speaking out about the controversy because “you ignore most of it but we were getting a little bit tired.”

He also shot back at Emerson’s claims about the book’s mistakes, saying there are just four errors in his 325-page work— and two of those are typos.

O'Reilly will also address the matter on his show tonight. A couple things worth noting here: Expert reviewers have identified many more than four errors in the book, including at least one whole passage that an expert reviewer North & South magazine said is flatly untrue. The review in North & South alone lists about 10 errors. Second, the suggestion by O'Reilly that a nonpartisan National Park Service official who works at Ford's Theatre is out to get him is a bit difficult to take seriously.