"Bravo" says New York newspaper to NYPD eviction, just before the NYPD jails one of their own 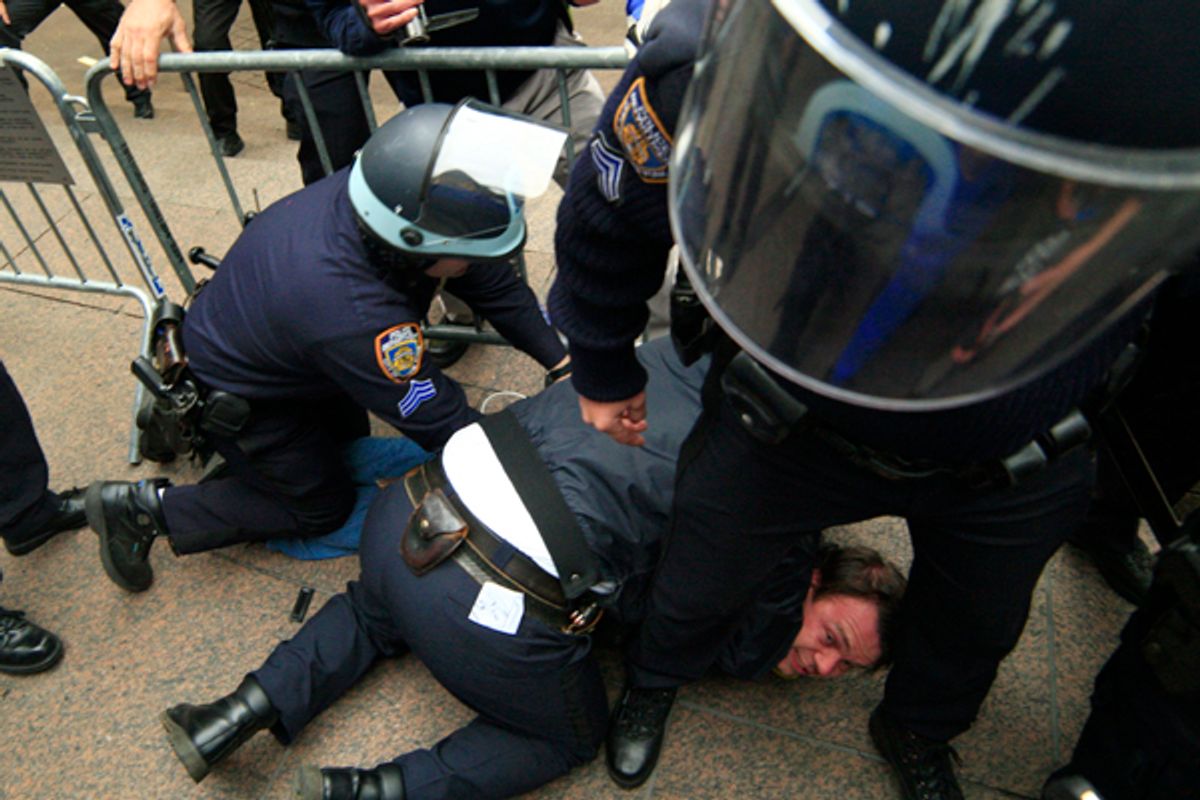 "Bravo to Bloomberg's Occupy Wall Street eviction," goes the headline on its editorial published this morning.

The fact that the eviction was done in violation of a court order doesn't bother them:

The amorphous agglomeration known as Occupy Wall Street had transformed a space intended for open community access into a round-the-clock shantytown — and they claimed that the First Amendment guaranteed their right to do as they pleased.

This is not constitutional wisdom. This is self-important, self-indulgent bilge. And a Manhattan Supreme Court justice who ordered a halt to the eviction pending a hearing needs to emphatically so state.

They seem totally uninterested in the NYPD's excessively violent tactics, including the harassment, abuse and arrest of various reporters, which doesn't get a mention in the editorial. Then a Daily News reporter was arrested, along with at least two other reporters.

Now, according to the Daily News Twitter feed, at least, the NYPD's behavior is "alarming." The newspaper has alerted its attorney.