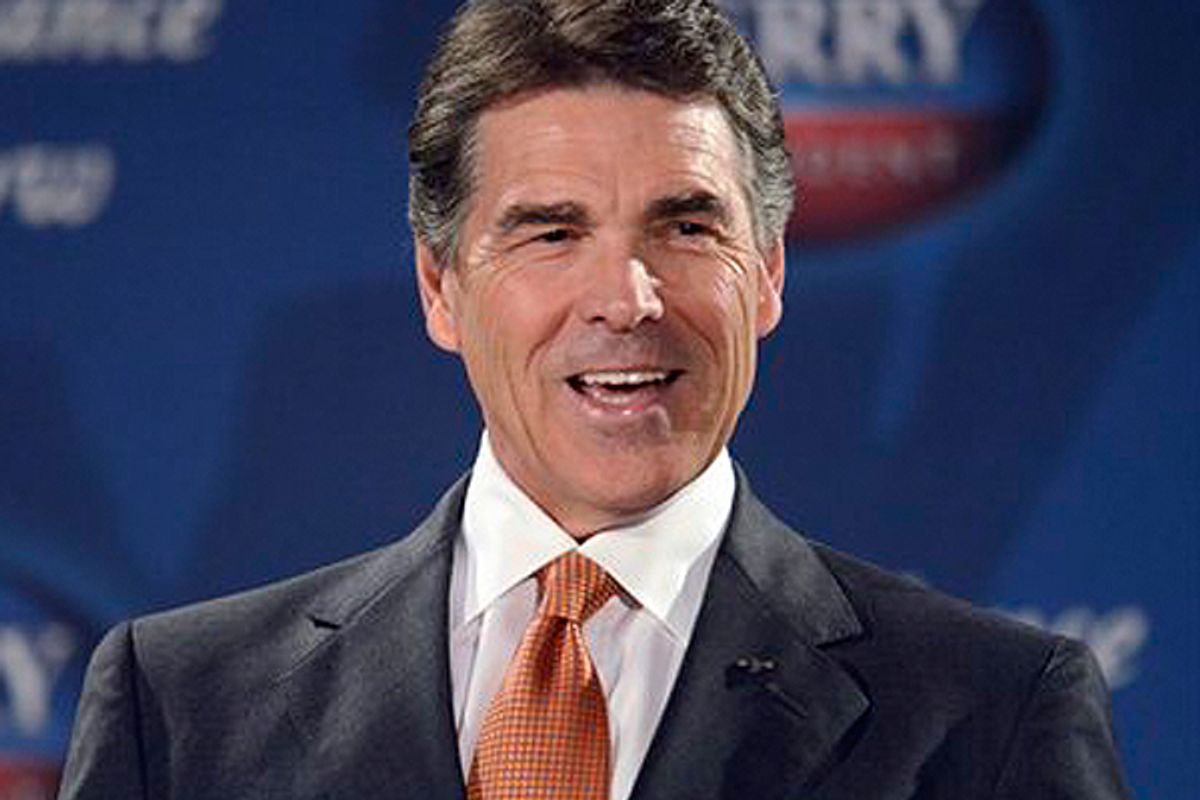 MANCHESTER, N.H. (AP) — People attending a Rick Perry presidential campaign event are being asked to prove they are American citizens.

Wednesday's event at Granite State Manufacturing is open to the public.

The company handles defense contracts for the federal government. A company employee sat beside a Perry staffer at the door and asked attendees whether they were citizens. People were also told that non-citizens wouldn't be admitted.

Perry's campaign said later that that was a mistake. The company also later clarified that federal regulations allow immigrants on the premises, but they must be accompanied by an escort.

The Texas governor has spent much of the campaign under fire for his immigration record, specifically his state's policy of allowing in-state college tuition for illegal immigrants.

It was unclear whether any immigrants attended Perry's event.