The favor George W. Bush did for Democrats

The supercommittee may be collapsing, and it's because Democrats are using a weapon the last president gave them 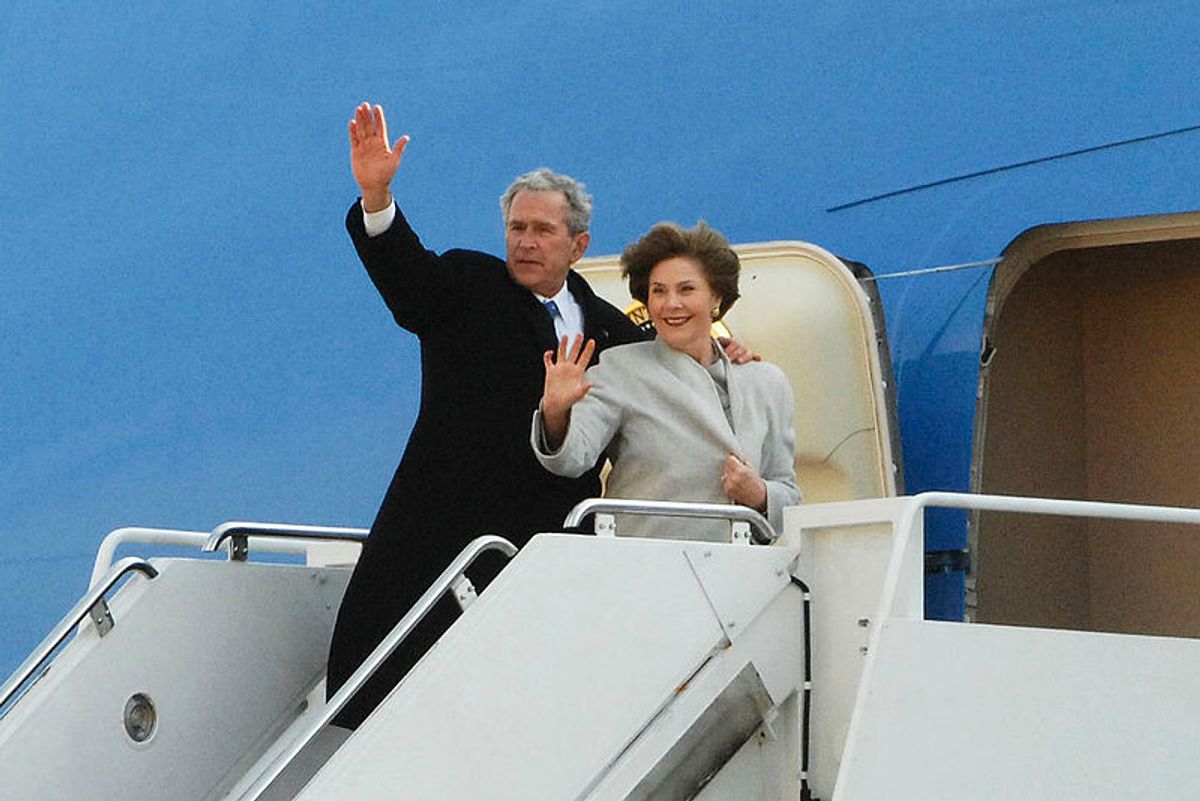 The odds of the congressional supercommittee striking a debt reduction deal before next week's deadline are fading by the hour, and for good reason: Democrats seem to be realizing just how much leverage they really have.

The simple fact that top Republicans in Congress and on the committee have put forward a proposal that includes around $250 billion in new revenue is itself a sign of the Democrats' strong bargaining position. For two decades, ever since George H.W. Bush turned back on his "Read my lips" anti-tax pledge and faced a revolt from the right, Republicans have almost unanimously opposed the idea of any tax increase under any circumstance. But as jarring as the GOP's shift seemed,  congressional Democrats on Thursday made clear that they see it as wholly inadequate and that they're ready to reject it without radical restructuring.

Their confidence is well-placed, and it comes from an unlikely source: George W. Bush.

The story goes something like this: When Bush came to office in 2001, his party controlled the Senate only because of Vice President Dick Cheney's tie-breaking vote. So Bush sought to push his signature tax cut program through the Senate by using the reconciliation process, which makes filibustering impossible. Because it was designed explicitly to encourage deficit reduction, any bill passed under reconciliation can't add to the long-term deficit. This presented a serious problem for Bush, because his tax cuts were projected to blow a massive hole in the deficit. So, as the Washington Post explained at the time:

To pass the president's tax cut, its sponsors disguised its cost. One of the main accounting gimmicks to which they resorted was a sunset provision. They had promised -- and were bound by the budget resolution -- to limit the revenue loss to $ 1.35 trillion over 10 years. But at the end of their efforts they found themselves still well above that level, and so they simply decreed that after nine years most of the cuts in the bill would expire. The assumption was that no future Congress would let that happen -- that their artificial repeal of the cuts would itself be repealed by their successors, who would otherwise be accused of condoning a large tax increase.

As you probably recall, the sunset was supposed to occur at the end of last year, but President Obama agreed to a deal with Republicans to extend the Bush rates for two more years in exchange for a temporary payroll tax cut and some modest stimulus measures. It is the looming expiration of those rates, now just over a year away, that is serving as the backdrop for the current supercommittee negotiations.

Republicans are well-aware that a reelected President Obama will not sign off on another extension, at least for the wealthiest income-earners and maybe for all taxpayers. If the Bush tax cuts were to disappear entirely at the end of 2012, it would represent a ten year savings of nearly $4 trillion. This, as Jonathan Chait pointed out, is the frame through which the current GOP supercommittee posturing must be viewed:

Republicans understand this problem, and their offer before the supercommittee is a tactical effort to reduce the potential risk. The GOP is offering to increase tax revenue slightly above current levels – about $250 billion over a decade – in return for locking in the Bush tax cuts permanently. And they are only offering this in return for Democrats agreeing to cuts in entitlement spending and privatization of Medicare.

Realistically, the plan that the GOP has presented is about as far as the party could possibly go right now. And even that might be too far; already six dozen House Republicans have called the idea of agreeing to $250 billion in new revenue -- even in exchange for tax reform that would lower the top individual rate significantly and make the Bush cuts permanent -- "irresponsible and dangerous." In other words, there's really no reason for Democrats to cut a deal right now. What Republicans are offering is essentially a backdoor means of preserving the Bush rates, and given their party's internal dynamics, there's just not much room for GOP leaders to compromise any further even if they wanted to.

The smarter course for Democrats, it would seem, is to do nothing and let the automatic spending cuts triggered by a supercommittee failure go into effect and then hope that Obama is reelected and the Bush tax cuts go away once and for all at the end of next year. That would have a more meaningful impact on deficit reduction than any realistic compromise with the GOP now would, and it would spare the sort of deep social safety net cuts that Republicans are also after. More and more voices on the left have been making this case in recent days. (And even if Obama loses, he could still refuse to sign a lame-duck extension of the Bush rates after the '12 election, although theoretically the new Republican president might be in position to re-impose them, or something like them.)

And Democrats on Capitol Hill seem to be hearing it. Thursday began with plenty of buzz about the GOP's sudden openness to new revenues. But it ended with Democrats offering a clear response: There'll be no deal as long as you want the Bush rates extended.

“Democrats are in complete agreement," Sen. Patty Murray, a supercommittee member said. "We have met their offer on revenue but we have said that it has to be fair to the American people and done in a way that doesn’t put the burden on working families and addresses the issues of getting people back to work. We are waiting for them to accept that.”

These are the words of someone who knows that she and her party are operating from a position of strength. The fact that they are is one of the more unlikely consequences of the Bush presidency.