The Fox/NYT nexus on OWS 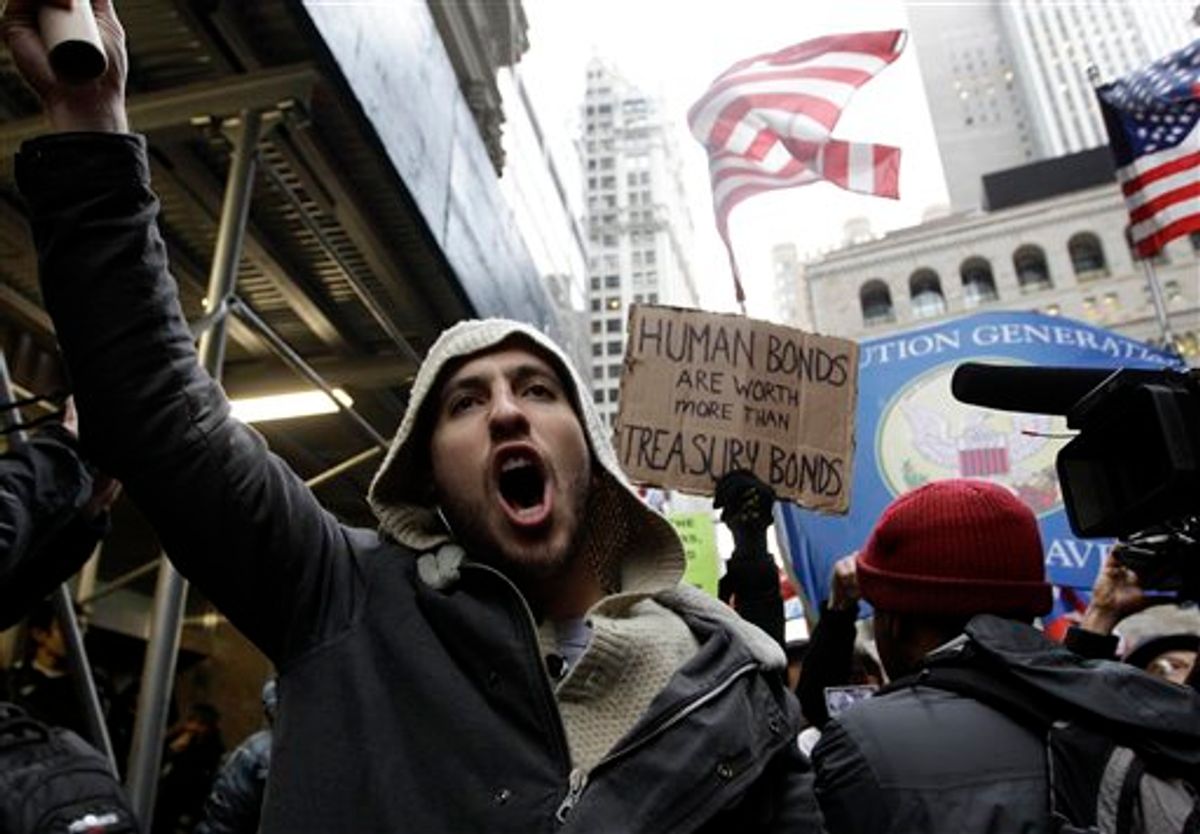 The New York Times' media critic, Brian Stelter, yesterday had a long column criticizing the local Fox affiliate for claiming throughout the day -- falsely -- that OWS intended to "shut down" the New York City subway system. Stelter cited the "ominous" warnings from Fox anchor Greg Kelly -- the son of NYPD Commission Raymond Kelly -- saying things such as: "This is a big deal . . . .So far, they’ve focused their ire at the wealthy and those who support them, but when they start to shut down the commuting system for folks who are on their way to work, that’s something else." Except, as Stelter documents, the whole thing was a fabrication from the start: while OWS announced their intention to "shut down" Wall Street, they intended merely to "occupy" the subway system by "handing out fliers."

Stelter asked a Fox spokesperson about the sourcing for this claim and she replied: "It’s been reported elsewhere." Ordinarily, one might be skeptical of this excuse, except that in this case -- though Stelter doesn't mention it -- there is a significant source that also reported this claim: The New York Times. Yesterday's NYT article on the various OWS protests by reporter Katharine Seelye "reported" as follows: "There was much confusion throughout the day in New York as protesters caused disruptions at the New York Stock Exchange and at Zuccotti Park before they moved in the afternoon to shut down subway stations" (h/t sysprog).

The current version of that article does not contain that passage, and there is no editorial note or correction noting that it had been removed, nor is there anything about this error on today's Correction page. The NYT's own media critic apparently thought this reporting error was significant enough to warrant a long critique -- when the error was Fox's (and indeed, he noted that "other stations in New York City briefly suggested that the protesters might try to shut down the transit system") -- but the NYT, which likely played at least some role (if not the key role) in spawning this erroneous reporting, simply deleted the passage from its article without any acknowledgment of its error, even as its media critic bashed Fox for the same error. It's like it just never happened (a not uncommon way of dealing with significant errors at the NYT).

As Stelter correctly noted: "Much of what is said on television about the Occupy Wall Street movement is opinion. Some is factual. And sometimes, it’s hard to tell the difference." That is at least part of the reason that public opinion is souring on the movement. But as usual, the problem isn't that people are watching falsehoods from Fox. The problem is that so much of what Fox spouts is also found -- often first -- in The New York Times.