The new age of consumer activism 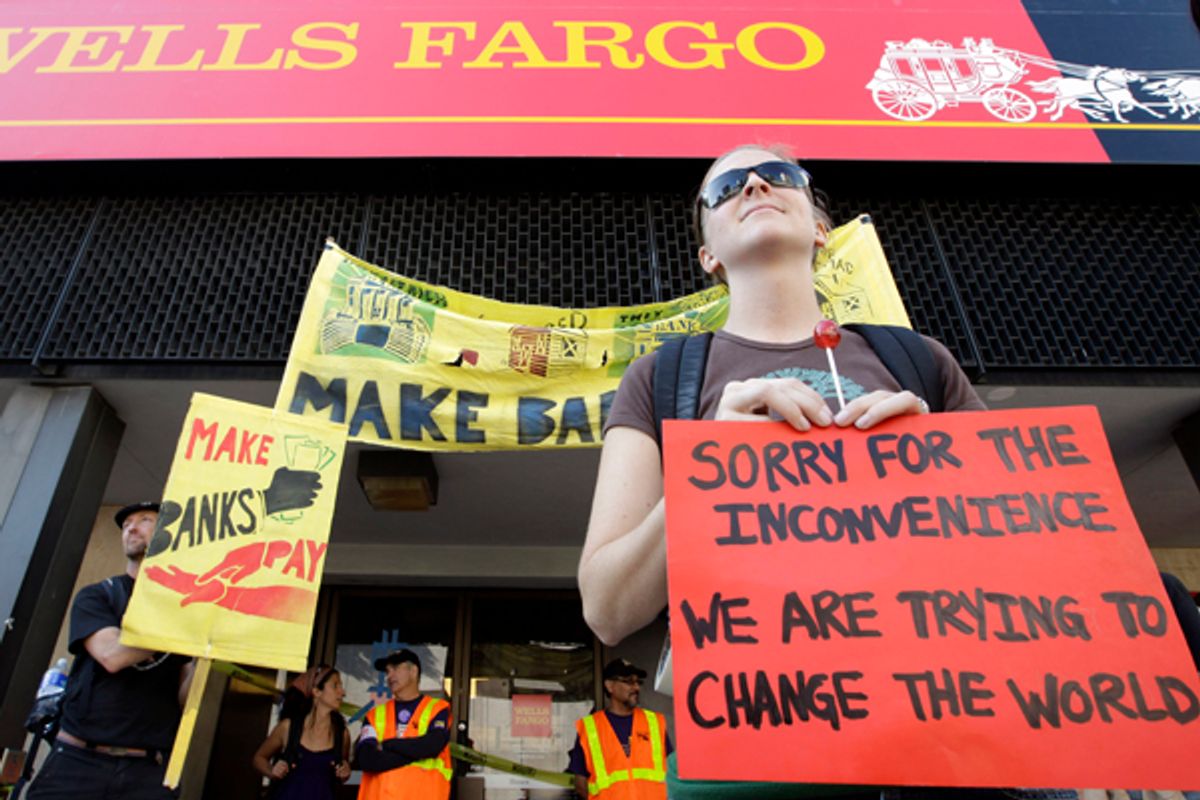 As we all know, America is angry. Really angry. To put it in pop culture terms, we've moved from the vaguely inspiring agita of Peter Finch in "Network" to the wild-eyed, primal-scream rage of Sam Kinison in "Back to School."

When we pay attention to politics, we get peeved at Congress and the presidential candidates. When we tune into sports, we're annoyed with squabbling players and owners. When we turn on the news, we fume at the smug pundits. And when it comes to the economy, we're in a tizzy at big corporations.

Most of this indignation is nothing new; it is atavistic fury expressed in the modern vernacular. Yet, one strand of our anger -- the kind directed at big business -- may be truly novel, as our chagrin is no longer just that ancient animosity toward excessive corporate power. Instead, it has also become a personal disdain toward firms we deal with on a daily basis.

This is the key finding of the latest report from the Center for Services Leadership at Arizona State University. Its findings show that after years of rising anger, consumer rage has reached an all-time high.

Back in 2004, ASU's researchers theorized that such apoplexy was an outgrowth of affluence. "Households simply have more products and services today, and thus more points of contact, increasing our chances that we will have a problem," they wrote.

But, of course, 2004 was a comparatively prosperous time. Today, by contrast, recession-battered consumers have access to fewer products and services and yet are angrier at companies, meaning the sentiment likely reflects a response to deeper trends.

One of those is a decline in craftsmanship in the era of free trade and offshore production. With America now awash in foreign wares, we've imported the developing world's lax regulatory standards and, thus, its lower product quality. That means poorly constructed furniture, malfunctioning electronics and all the other shoddiness that drives customers nuts.

Another maddening trend is the corporate sector's shift from long-term customer care to short-term predation. Though firms have always tried to make quick money off clients, the intensity of this recession, coupled with investors’ insatiable demand for quarterly profit growth, has prompted unprecedented bill-padding, corner-cutting and inflexibility. Today's typical air travel experience epitomizes the dynamic: You get hit with a baggage charge, shoved into an ever-smaller seat and then stranded in airport purgatory because you missed your connection. With this kind of experience being replicated in everything from debit card fees to interminable customer-service wait times, it's no wonder we're ticked off.

Finally, there's what Mother Jones magazine calls "The Great Speedup," whereby downsized companies are forcing their remaining employees to do more work at a faster pace than ever. While this means our workforce is generating more output, it also means that output often becomes less satisfying to the end user. So, sure, your energy company's electrician may be servicing more homes, but he's also more error-prone and no longer maintains a customer-friendly demeanor -- because he's being run ragged.

All of this is no doubt responsible for a spike in self-destructive temper tantrums. However, there is an upside: The angst is resurrecting the notion of consumer activism. And that's a big deal.

Recent headlines tell this story. From moving deposits out of big banks to a mass abandonment of Netflix, customers are suddenly channeling the old Ralph Nader zeitgeist. We're remembering that being a patron comes with power -- and we're finally getting mad enough to use it.

If that ends up bringing back a lasting consumer movement in America, then all the heartburn and stress of being a mistreated customer will have been worth it.