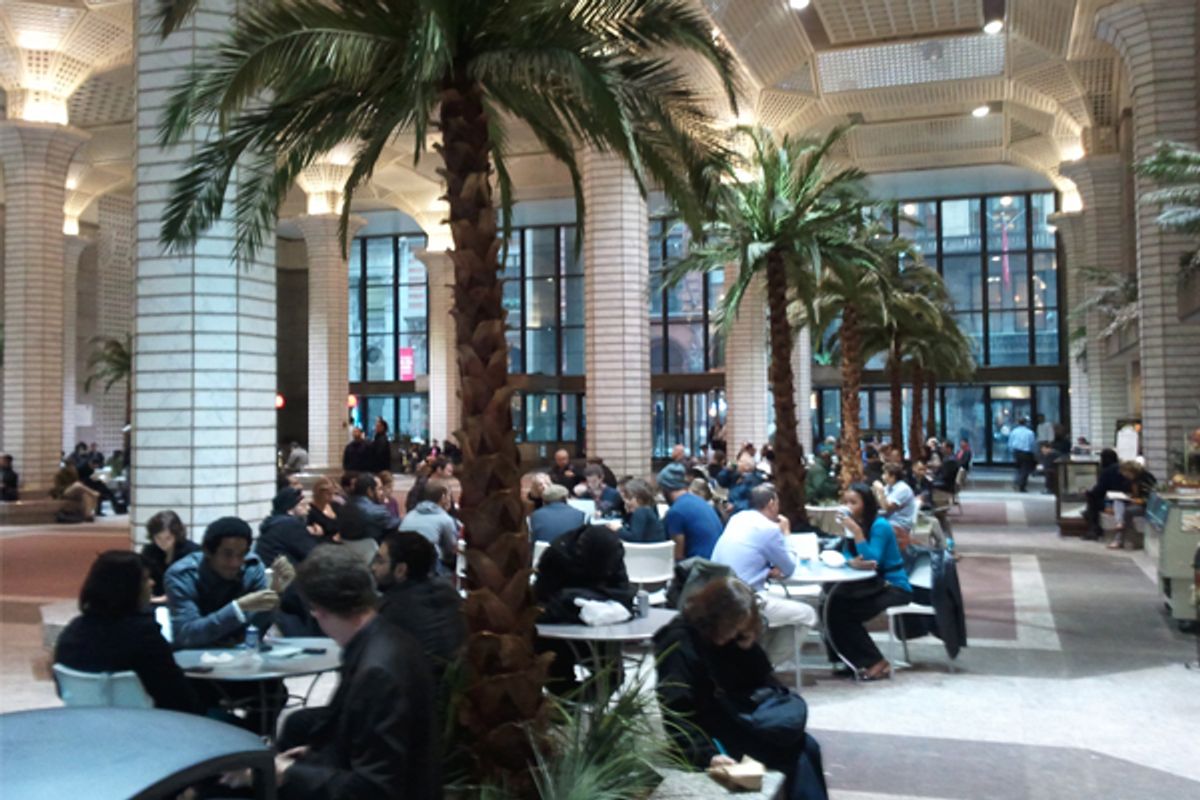 Deutsche Bank has posted new signs restricting use of the atrium at 60 Wall Street, which has been a key indoor meeting space for Occupy Wall Street organizers for weeks.

More than 10 signs outlining three new rules have been installed in the atrium, a privately owned public space in the ground floor of the North American headquarters of Deutsche Bank (which, it's worth noting, received billions of bailout dollars during the AIG affair).

The new rules are: "Signs and posters not allowed" | "Sitting/Laying on the Floor is Prohibited" | "Do Not Rearrange Tables and Chairs." "They are ... enforcing a new set of draconian rules which make it very difficult to effectively meet there. We had to move our meeting to Zuccotti," said occupier Kevin, a member of the Occupy the DOE (Department of Education) group.

The myriad working groups that meet at the 60 Wall Street atrium are doing some of the most important organizational work of the movement in New York.

A Deutsche Bank spokesman did not immediately respond to inquiries. A security guard at the atrium told me the rules are not new, but rather they are merely being publicly posted for the first time. But the three new restrictions are not listed on a preexisting sign of rules painted on the outside of the atrium.

A working group of 15 or 20 occupiers was meeting in the atrium when I visited midday Monday, apparently without any objection by police and private security guards posted inside 60 Wall.

Given the loss of Zuccotti Park as an easily accessible meeting spot and the onset of winter, the atrium at 60 Wall Street is now perhaps more important than ever. So this one bears watching.