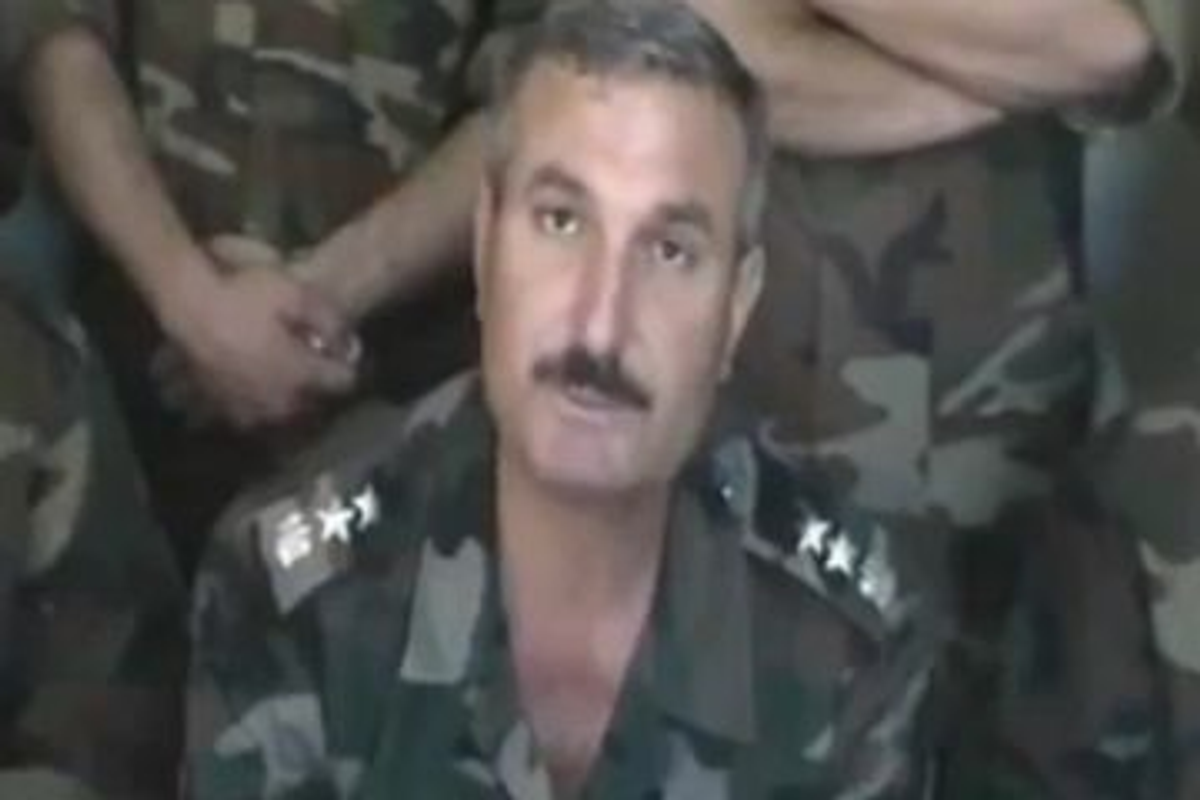 In an interview with GlobalPost, the leader of the Free Syrian Army, Colonel Riad al-Asaad, denied fears that Syria is sliding into civil war after escalating attacks by his men against the Assad regime’ security forces.

And though short on weapons and ammunition, Col. Asaad — no relation to the ruling family — insisted his rebel army of defected soldiers would keep attacking the regime and protecting protesters. He also denied receiving support from regional players, and said there is no need for a new Benghazi in Syria.

GlobalPost: What is the Free Syrian Army and how many soldiers does it have?

GP: The Syrian army of President Assad is well equipped. How do you plan to confront this army? What kinds of operations do you carry out?

RA: In the beginning, our operations were just to protect civilians and put some obstacles in the way of troops entering cities. The main problem we are facing is our supply of weapons. It’s a big problem. Our operations are carefully planned and mainly focused against the security services and shabiha [pro-Assad thugs]. Our real power comes from the support of the Syrian people. But as we are from the Syrian army, we know its nature. It is an army without a doctrine, built on a failed regime. We also know its firepower. That’s why we are not afraid to confront it.

GP: How much support are you receiving from regional players?

RA: We haven’t received any support from any country, Arab or foreign, until now, neither financial nor humanitarian. Only Turkey is supporting the Syrian refugees. We’ve heard a lot about the possibility of creating a no-fly zone, but so far no steps have been taken towards that on the ground. We hope for such an area to be created, because it will help us militarily and will speed the collapse of the regime by increasing the number of defected soldiers.

GP: Members of the Free Syrian Army attacked a base for Airforce Intelligence in Harasta, outside Damascus, last week. Can you tell us why that base was chosen as a target?

RA: We planned this operation to prove that the regime is weak. That is a base where security and shabiha are hiding — those who oppress the Syrian people and are proud of how powerful they are. We proved we can target them in their strongholds. Airforce Intelligence is well known as a pillar of the regime. Our strategic goal is to keep protecting protesters. Operations are being carried out against security and shabiha and some sections of the military that are attacking cities and towns. We are working to terrify the regime, and we will continue our war.

GP: What are you looking for from the international community?

RA: We ask the international community to stand next to the Syrian people who have been oppressed for forty years. The rights the Syrian people demand are those any people in the world want: Freedom of expression and to be liberated from the chains of oppression, just like any European or American citizen, or any democratic country in the world.

There will be no new Benghazi, because the Free Syrian Army is not operating from only one position but from all over Syria. There has been a decision from the Americans recently telling the Free Syrian Army not to expect a new Benghazi. And they asked us to end the violence. But it is our right to defend the Syrian people and to defend our families. There will be no military revolution in Syria and there will not be a civil war.

GP: But hasn’t there been sectarian violence between Allawites and Sunnis already, particularly in Homs?

The regime is trying to make people afraid of a civil war. But it is their responsibility to end the violence and withdraw their tanks and security forces back to their bases. Then let them see what the Syrian people will do, and let them make free elections. We reject sectarianism. We have lived with this sectarian system for forty years, and we reject it. All Syrian people reject sectarianism. All of us lived in injustice for forty years. Syrian people want to exit injustice, not fall into new injustice. We respect all sects in Syria and we call for a true democratic country, a civil state with all that that means. All communities are represented in the street, so let elections decide how much each represents. And even if the candidate is Christian or Allawite or Druze, if they get the votes, then they can become president.