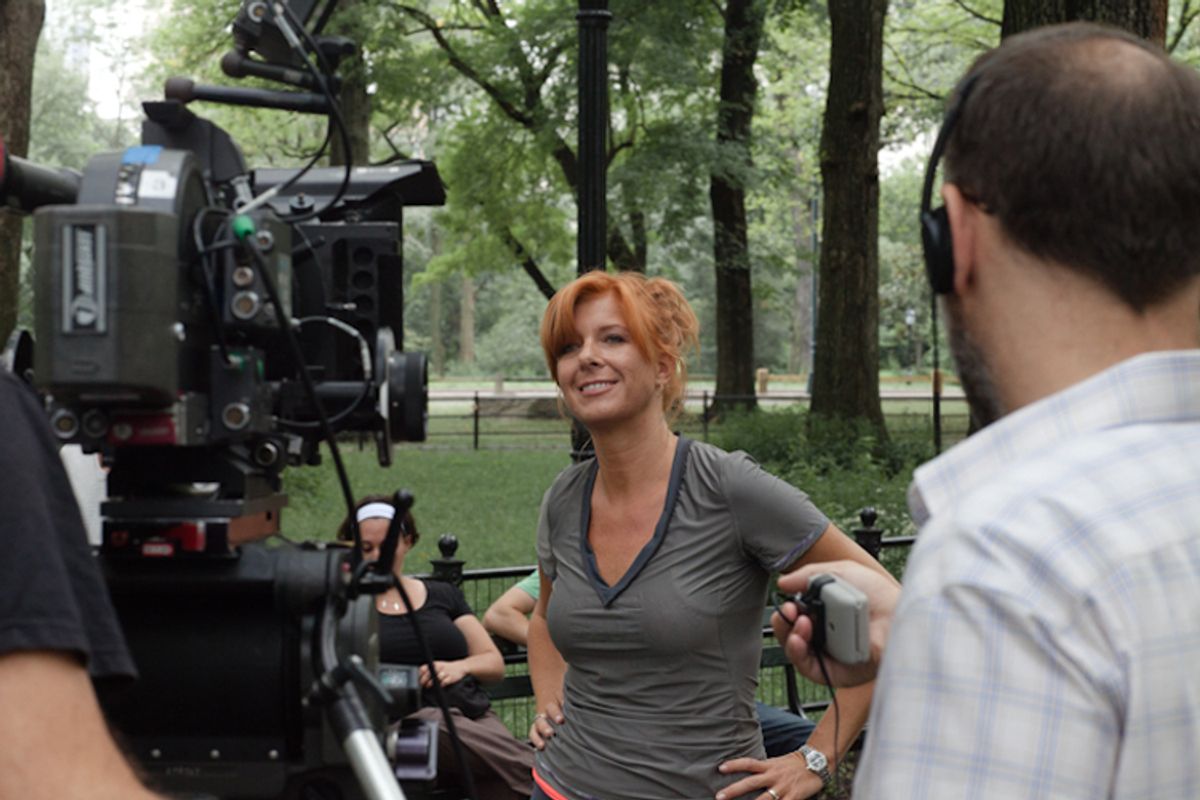 Online movie marketing can be a craft, if not an art, all its own. Many people found the website of "The Blair Witch Project," which elaborated on the film’s story and mythology, more entertaining than the film itself. However, in recent years, most film websites have settled for mere promotion. The site for Ira Sachs’ "Keep the Lights On," which is now in postproduction, does something different. Drawing on the themes of Sachs’ film, which include autobiography, addiction and gay New York, it opens itself up to readers’ contributions. The blog is unpredictable. One day, you’re likely to find a memoir of adolescent desire, an advice column, a short documentary or Sachs’ production diary. While its nature is ultimately promotional, it has more substantial content than the vast majority of personal, noncommercial blogs.

Sachs, whose films include the Sundance-winning "Forty Shades of Blue," created the blog in collaboration with editor Adam Baran, with whom he also curates the Queer/Art/Film series, held at New York’s IFC Center. Queer/Art/Film presents films selected by LGBT artists, who speak about their choices in front of the audience and then do a question-and-answer session afterward. One can recognize something of the social nature of Queer/Art/Film screenings, which often sell out, in the film's blog, although it appears in a much different form.

Sachs says that his blog was inspired by the blog Matt Wolf created for his film "Teenage." As he puts it, Wolf “started something which seemed to have intrinsic value in itself as a website connected to a film. The site is actually a place of productivity and creation, not just promotion.” As it turns out, the two blogs are connected more deeply. Sachs and Baran “borrowed both the idea and the web designers, who are Carl Williamson and Ian Crowther. They designed the site for us, with the intention of creating a site where people could talk about the nature of personal artmaking. To sum it up, it’s a site about storytelling.”

The Internet is full of sex blogs, but most of them are anonymous or pseudonymous. While it’s perfectly understandable why someone would not want a boss to know about a bondage fetish, for example, there’s still an aura of shame around them. The sex stories on the "Keep the Lights On" blog usually come with names attached. My favorite came from an Englishman who recalled his teenage fondness for a friend’s father and his growing realization of his attraction to bears. He planned to seduce his friend’s father, despite the man’s evident heterosexuality, only to discover that when the man shaves off his beard, he finds himself repulsed.

This particular contributor was a stranger to Baran and Sachs. As Baran recalls, “The British man was someone who saw the launch of the site and had a story to tell. He came out of the woodwork. We just found a way to shape it. It’s just a matter of reaching out to people we’re intrigued by.”

Sachs’ production diary has been frank about the possible missteps that can occur in filmmaking, whether it's scratching the film stock, making errors in blocking, choosing an inappropriate camera lens or awkwardly setting up a sex scene. He sees filmmaking as an extension of his life, not an escape from it, and his writing about the process reflects that. He says: “This site is about the community that’s gained by shared transparency, by people who choose to share things that go on in their lives. What was going on in my life was making a film. So it was interesting not to hide the nuances and challenges of that. It’s also narcissistically appealing, which is not to deny the narcissism of storytelling in general. I felt rewarded by people’s interest in the production diary.”

Baran thinks Sachs’ diary can be particularly useful for queer filmmakers. As he describes, “We don’t have guides to shoot a sex scene between two men or how to deal with a crew who would rather be making an action movie. It’s important to offer something for other queer filmmakers. Ira’s diary doesn’t only speak to queer filmmakers, but it does describe these issues.”

Sachs went on to elaborate on Baran’s linkage of the production diary and queer sexuality. He sees the blog as essentially demystifying. He describes his work as “an attempt to take away the mystique of the things that we feel are shameful in our lives, as well as the things that we feel are grand. Maybe it seems as though films magically appear.” Connecting this explicitly to queer sexuality, he goes on say that “similarly, maybe the things queer people do in the dark are hidden. So in a way we’re trying to say it’s all the same, just the things we do. The site is encouraging people to share the things we do. “

Sachs is now documenting his film’s postproduction. When I interviewed  him, he had yet to begin this process. At the time, he told me “I’m going to try [to do a postproduction diary], because Adam keeps telling me to and because the film came out from the idea that if you link together the events in your life, a story will emerge. By documenting the production day after day, something grows. I’m interested in that. It’s all scary. There’s always drama.”

One feature of the blog has been a series of articles on Avery Willard, a pioneering queer photographer and filmmaker who worked during the ’60s. Sachs and Baran are working on restoring four of Willard’s films and producing a documentary about him. He figures in the plot of "Keep the Lights On" as well. They learned about Willard from singer Antony Hegarty. Ira recalls, “About two years ago, Queer/Art/Film restored several films by Charles Ludlum. Antony told us there’s another set of lost films stored at the public library and suggested we do something about them. I looked at them and realized there was something worthwhile.” Ira sees the blog’s Willard thread as fitting into a larger context: “A lot of the website is about stories that are lost and realizing that each of us has a story that is lost. How do we connect around telling those stories?”

Sachs expects "Keep the Lights On" to premiere at film festivals in 2012. He wonders whether the community created by its blog will help the film’s chances of finding an audience. Sachs admits that “you can also over-sell and over-promote a film. As long as we don’t focus on that, I’m sure there will be some benefits to the film’s life, but we both are interested in having the site become a place that stands alone.” He thinks that “the hardest thing is to build a site that has its own life. I want to create one where artists talk about their work and reveal themselves. These are the kinds of questions I hope the site can speak to.”