Catch up on all of last night's bold declarations, traded blows, and head-scratching gaffes 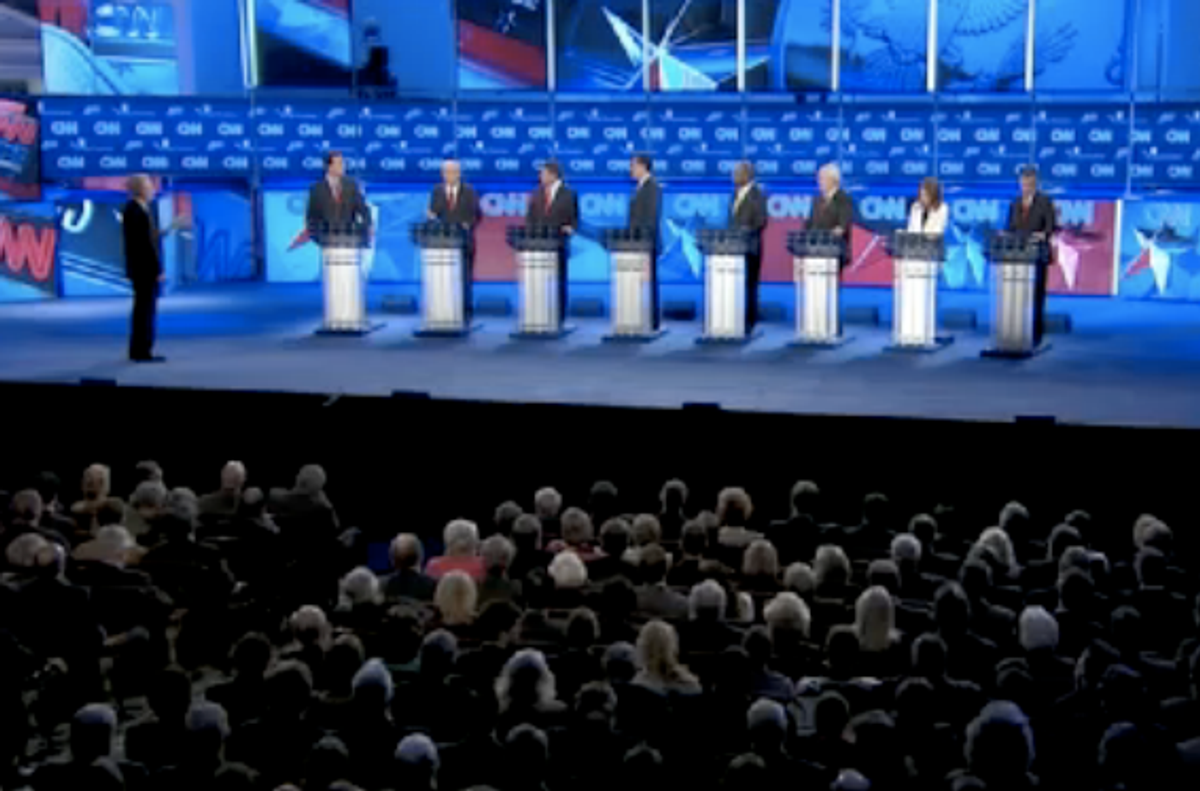 Last night, the major eight Republican presidential hopefuls gathered for yet another in a long line of debates -- this time focused on national security. As expected, the evening was replete with hand-wringing over Barack Obama's foreign policy decisions, particularly with regards to Afghanistan, Iraq and Iran. More interesting, though, were the moments when the candidates set aim not at the president, but (in the finest of primary traditions) each other, over everything from defense cuts and nuclear proliferation, to racial profiling and illegal immigration. CNN has helpfully compiled some of the more memorable moments from the debate in the following highlight reel. We've also pulled together a list of additional debate happenings, which you can find beneath the video.