Just how desperate are social conservatives to thwart Romney?

If they're absolutely intent on stopping Mitt Romney in Iowa, their best bet may be the guy who's on his third wife 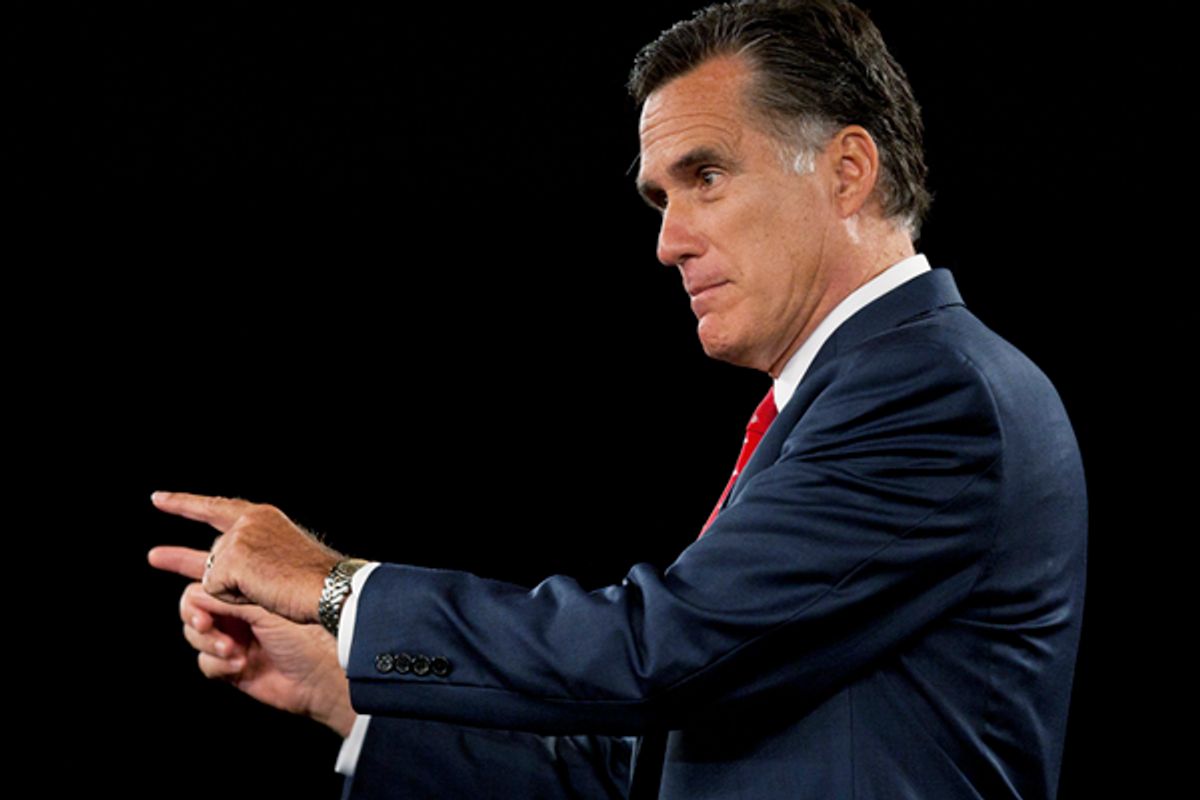 On the one hand, he's due to receive the endorsement of Sen. John Thune, the South Dakota Republican who previously flirted with a White House bid of his own, later today. This comes just a few days after Romney reeled in endorsements from a Republican senator and congressman from New Hampshire, and brings the total number of members of Congress backing him to 44 -- or more than seven times the tally for Newt Gingrich, his nearest rival in the polls. As Jonathan Bernstein explained recently, these sorts of endorsements are significant for two specific reasons:

One is that these endorsements probably have a direct effect, as primary voters with little way of choosing from among similar-sounding candidates may turn to opinion leaders to sort things out. The other, and perhaps more important, factor is that high-profile endorsements are the most visible ways of seeing the co-ordination of party actors as they compete over the nomination and eventually settle on a candidate. That is, if politicians and party-aligned interest group leaders are willing to place their name with a candidate, it probably means that others within the party — activists, donors, campaign and governing professionals, and other, lesser-known politicians — are moving towards that candidate as well.

The pace of endorsements from party leaders in the GOP race has been slow this year, but Romney's lopsided advantage only figures to grow in the weeks ahead. He's performed at least competently in every debate, has shown the ability to run a serious, professional campaign operation, is taking pains not to offend any important Republican constituencies, and fares better than his rivals in head-to-head match-ups against President Obama. By this point, he's clearly established himself (with an assist from his often hapless opponents) as the safe option for Republicans

But then there's the other story in the news this morning, reported by CNN:

Representatives for leading social conservative groups in Iowa held a secret meeting Monday as part of an effort with one main goal: find and support a Republican presidential candidate who can stop Mitt Romney in Iowa.

According to CNN, the two dozen or so attendees at the meeting are considering four non-Romney options: Rick Perry, Rick Santorum, Michelle Bachmann and Newt Gingrich.

Their maneuvering comes as Romney seems to be edging closer to acknowledging what many have long assumed: that he sees an opportunity to win Iowa's January 3 caucuses and that will contest the state vigorously between now and then. A recent poll showed him bunched in a four-way tie for the lead with Gingrich, Ron Paul and Herman Cain. (However, that survey was conducted before Cain's national numbers began sliding measurably, with Gingrich picking up the slack; presumably, something similar has happened in Iowa over the past ten days.)

The reason an Iowa victory would be so significant for Romney is that its caucuses seem rigged against him. Exit polls in 2008 found that about 60 percent of GOP caucus-goers considered themselves born-again or evangelical Christians. So if Romney could somehow win, it might effectively end the GOP race on the spot, especially since he's so well-positioned in New Hampshire, which votes a week after Iowa.

In theory, he could prevail in Iowa with a meager plurality -- 25 percent of the vote, say. (Bob Dole actually won Iowa with just 27 percent in 1996.) But this scenario -- which the Romney campaign is apparently bullish on -- requires that the loyalties of that giant bloc of born-again voters be divided among several candidates, as they now are. The threat of the new Stop Mitt cabal is that it will undermine this strategy. What we don't yet know is how much influence the social conservatives who were at Monday's meeting have among Iowa's Republicans. And even if they do end up making an endorsement, it won't automatically propel their chosen candidate to the lead. As one of the attendees told CNN:

"If you want to stop Romney you're probably going to have to have some organization [and] some money," the source said. "Somebody who's at 5% or 6% in the polls, and they endorse, I don't think that does any good."

In other words, endorsing Santorum and Bachmann may be a wasted effort. Which would leave the social conservatives to choose from Perry and Gingrich. On paper, Perry would be the more sensible option -- strong on all of their issues, no personal baggage, and a real campaign organization. But Perry has also made a fool of himself in debates and inspires little passion or confidence these days among Republican activists and voters.

And then there's Newt, who's surged to the front in polling, who's got the right issues positions (except on immigration, maybe), and who actually knows a thing or two about politics as performance art. If Christian conservatives in Iowa are serious about thwarting Mitt Romney, their best bet just might be a man who has been married not once, not twice, but three times.