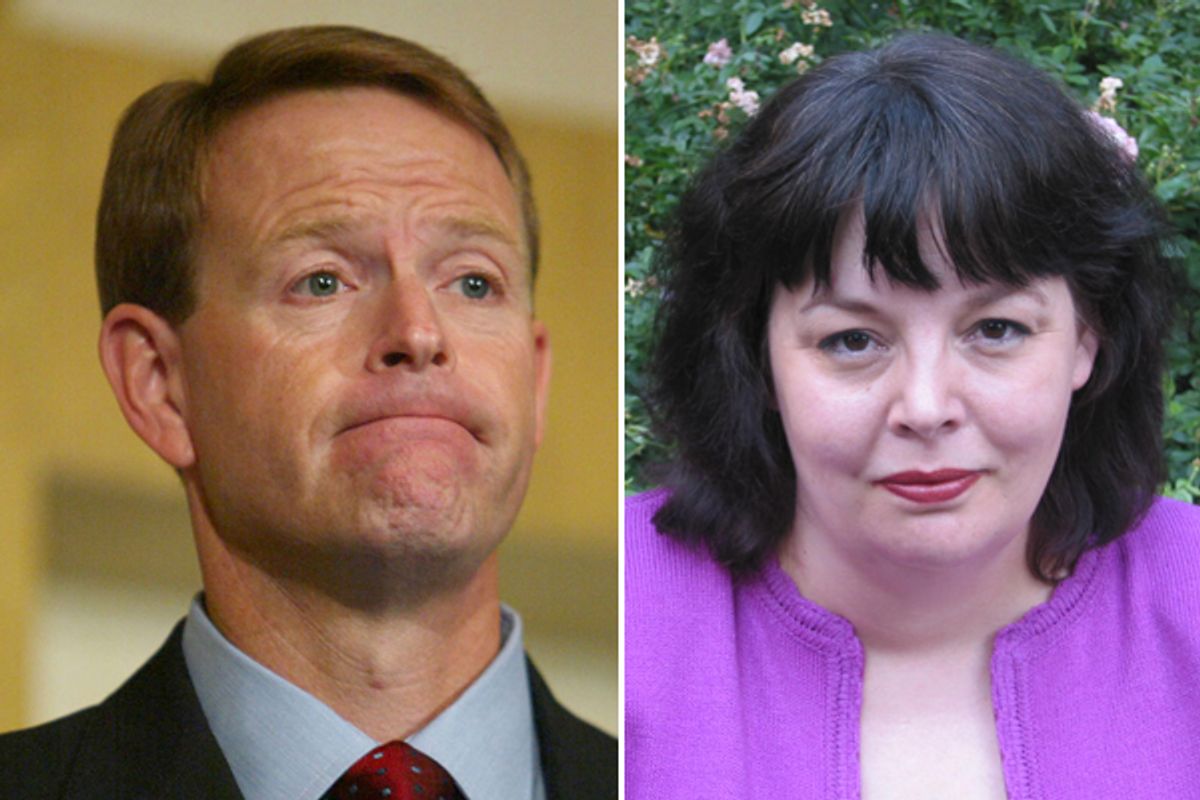 The groups are ideologically diverse, but data collected by Pew shows that conservative groups tend to have the biggest budgets: For more on religious advocacy in Washington and why conservatives are dominating the field, I spoke to Allen Hertzke, the report's author and a professor of political science at the University of Oklahoma.

So who are the biggest religious players in Washington advocacy?

One of the findings is that the tremendous religious diversity of America is reflected in the advocacy community in Washington. Just about every large and small religious community has some sort of Washington representative or office. In terms of the number of groups, Catholics account for about 19 percent, evangelicals for about 18 percent, Jewish groups about 12 percent, and Muslims and mainline Protestants about 8 percent each. The Muslim groups have actually come to the fore in an important way in terms of the number of groups -- and they also have some sizable budgets. The largest category is actually interreligious groups -- issue-based concerns that have broad religious coalitions behind them.

In terms of funding, the largest we include is the American Israel Public Affairs Committee (AIPAC). Others include the Catholic Conference; Family Research Council; American Jewish Committee; Concerned Women for America; Bread for the World; National Right to Life; Home School Legal Defense Association; and National Organization for Marriage.

There's been growth in the conservative religious advocacy sector over the years. Why is that?

We do see some patterns here. Groups that focus on social conservative concerns -- pro-life issues, marriage issues, cultural issues -- have grown over the past few decades significantly. Among them are the Family Research Council, Citizen Link -- which is an affiliate of Focus on the Family -- and the Traditional Values Coalition. One of the explanations for some of this growth is a sense of challenge or threat. So the National Organization for Marriage in our report has the most significant increase in budget in percentage terms. It's grown dramatically, suggesting the salience of the defense of traditional marriage to that organization.

Has this been a deliberate strategic move by conservative religious leaders to increase their presence in Washington?

Well, it's been going on for a long time. One of the findings is the enduring nature of the social conservative concerns in Washington. In the 1990s, for example, the Christian Coalition was one of the largest religious advocacy groups operating on the national stage. It had a $12 million budget in 1994. Its budget is just a little over half a million dollars today. On the other hand, other groups have emerged to kind of take the Christian Coalition's place.

At the press conference where we presented the report, Maggie Gallagher of the National Organization for Marriage (NOM) mentioned that she did make a very strategic decision to enter into the political fray. She was feeling that this was the only way to defend traditional marriage against attacks on it, as she saw them. NOM was created in 2007 and moved to Washington in 2009. Gallagher feels there has been an actual timidity on the part of social conservatives to get involved in hard-headed political engagement in terms of election campaigns and direct lobbying, and so on.

Are there progressive religious counterparts to this large segment of conservative groups?

There are particular organizations that see themselves as combating what they call the Christian right. People for the American Way has an $8 million budget, for example. Americans United for Separation of Church and State has a $6 million budget; they are certainly major players. Then you have the Secular Coalition and American Humanists.

And then you do have Jewish organizations that take more progressive stands on social issues and do see themselves as fighting against certain aspects of the Christian conservative agenda -- though on other issues, like international human rights, they will form alliances. In terms of what we call self-consciously social justice advocacy, there is Sojourners with a $5 million budget, United Methodist General Board of Church & Society, and the Unitarian-Universalists.